NewsPaperthe art of publishing
HomeNewsIf music be the food of faith, play on
-2

If music be the food of faith, play on 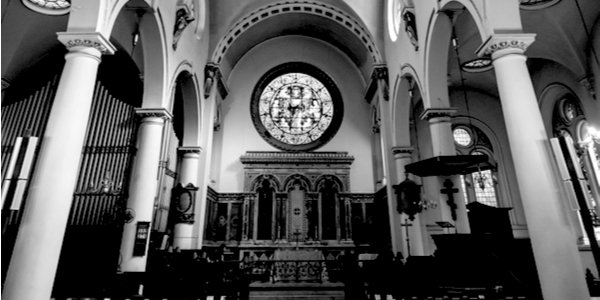 TO have the charge of a City of London parish is the best job in the world.

I was doubly blessed as Rector of St Michael, Cornhill, and Priest-in-Charge of St Sepulchre-without-Newgate. Both churches have a musical tradition stretching back over the centuries.

Henry Purcell was the first to play the ‘new’ organ at St Michael’s, where William Boyce, Handel’s distinguished contemporary, was Master of the Music for 32 years until he was ‘retired early’ on account of drunkenness.

Henry Wood, founder of the Promenade Concerts in 1895, was taught the organ at St Sepulchre’s as a boy. Because of these strong musical attachments, eminent musicians of our own time are very willing to visit, play, conduct or give lectures.

It was a delight to welcome the composer Sir James MacMillan, who enthused about the connection between music and the Christian faith. Recently he gave a fascinating lecture on this subject – the Catholic Union’s annual Craigmyle Lecture, ‘Music, Faith and Politics’*

It was a fluent and wide-ranging talk and, of course, in today’s demented times, it will be called ‘controversial’, because it tells not that some vague and free-floating substance called ‘spirituality’ but one story in particular – the Christian story – is at the centre of our civilisation, so that even those who would deny its truth have to come to terms with it.

Three strands blended to create our civilisation and culture: the Old Testament, the Greeks and the New Testament. The last 2,000 years have been – in music, literature, architecture and painting – a long meditation on this. T S Eliot calls it simply ‘tradition’.

And tradition is not a thing locked up in the attic and as set in stone as the laws of the Persians and Medes. Tradition is what develops, changes its shapes and tones – sometimes startlingly. There is the shock of the new. Ezra Pound said: ‘Make it new!’ It’s all of a piece with poet C H Sisson’s ‘No use filling books with what you know already.’

In other words the tradition – which is just Christianity constantly changing its clothes – is always radical. That word does not mean what today’s critics (if there are any) and commentators (there are more than enough) think it is: it is not innovation for innovation’s sake – Tate Modern, The Turner Prize and much else. The correct word for those things is ‘fashion’.

Our Christian culture and civilisation is the antidote to this rubbish because Christianity is truly radical: That is, it goes to the roots of things.

*To see a recording, follow this link and use the passcode gp01x3%H