NewsPaperthe art of publishing
HomeCulture WarsIf only this was a joke . . .
0 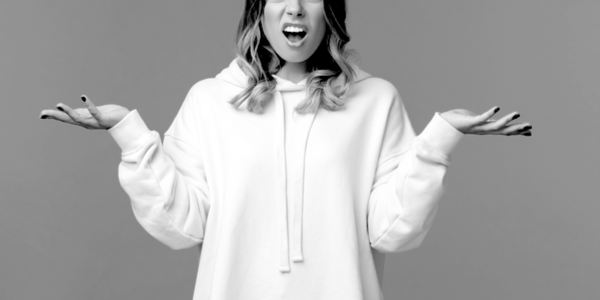 GOOD morning and welcome to WTF News, it’s Friday the 20th of August just after 7am.

We begin this morning with news from Scotland, where it’s been announced that from September children as young as four will no longer require parental consent to identify as a member of the opposite sex. They will be able to choose their own gender and which lavatory facilities they want to use.

We’ll now go over to our Scotland correspondent Jasper Nontoobrite. Good morning, Jasper, WTF News understands that this measure has been met with some resistance from church groups, and outright hostility by some parents.

‘Indeed it has, Rebecca, but we are proud to announce that these transphobic dissenters will be provided with the opportunity to be re-educated. Funding has been made available courtesy of our dear leader Nicola Sturgeon to ensure that every person with such repellent views will be forced to attend a three-day programme titled “Your Children Belong to the State, you Halfwit”. We are hoping the outcome is that they will check their thinking in future around such sensitive matters and begin to understand that children really are our future, a matter they don’t appear to currently grasp, and it’s for this reason that it’s vitally important that they are adequately medicated, confused and depressed by the age of 12.’

Thank you, Jasper. In other news a Twitter storm erupted when Kate Clanchy,  author of the 2019 book Children I Taught, and What they Taught Me, was forced to apologise for using the words ‘chocolate-coloured skin’ to describe one of her former pupils, to whom she referred as ‘African Jonathan’.

WTF News approached the Orwell Foundation, who had awarded Ms Clanchy their annual prize for political writing. They said that while they do not comment on the individual judging decisions of their jury, they acknowledge the ‘concerns and hurt’ expressed about the work. When the irony of such a statement coming from a group named after George Orwell was pointed out, they ended the call.

Next, Extinction Rebellion co-founder Tamsin Omond, who identifies as transgender and non-binary simultaneously, is running for the Green Party leadership on a ticket that promises British voters ‘young intersectional feminist leadership’.

WTF News is proud to announce that Omond will be appearing live on our lunchtime bulletin where they will explain why there can be no social justice without climate justice and the vital importance of winning trans liberation.

News from across the pond now. In the USA the Governor of Illinois JB Pritzker told WTF News: ‘Today, we’re making it so school uniform and dress code policies in Illinois cannot prohibit or restrict hairstyles historically associated with race, ethnicity or hair texture. I’m proud we’re continuing to make powerful strides in transforming the culture of our schools.’

Asked for a comment on the inordinate number of fatal shootings in Chicago in recent days, Governor Pritzker responded with #Priorities and informed us that he has reported WTF News to Ofcom for inciting racial hatred.

Finally, still in the USA, a transgender YouTube sensation with over 50,000 followers has been arrested for the rape of her 79-year-old mother Barbara, a dementia sufferer.

Christine Chandler will be transported to a female prison for this alleged offence while awaiting trial for incest and rape. WTF News approached the National Prison Service for a comment and questioned if this move was a wise one. A spokesperson responded by stating that she would be backing Governor Pritzker’s attempts to punish WTF News for wrong-think via Ofcom.

News just in. We regretfully inform you that Tamsin Omond won’t be appearing on our lunchtime bulletin as scheduled. We understand that earlier today Omond tweeted they was bored, causing controversial political commentator Katie Hopkins to suggest that they ‘ring Women’s Rights and ask to speak to the man in charge’. Omond subsequently tweeted that they now need such an extensive lie-down that they won’t even be attending their Peruvian basket-weaving class this evening and called on supporters to demand the immediate cancellation of Ms Hopkins.