NewsPaperthe art of publishing
HomeNewsIf Sturgeon’s Bravehearts quit the UK, who will they sponge off next?
262

If Sturgeon’s Bravehearts quit the UK, who will they sponge off next? 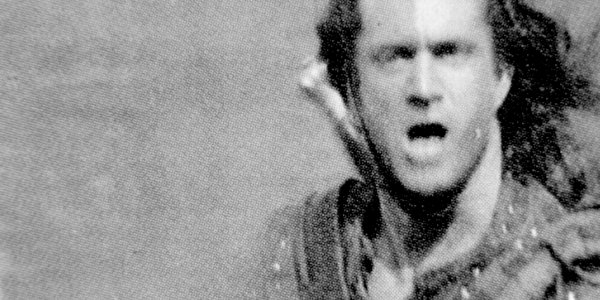 IT has been some time since I wrote about the Most Annoying Person in the United Kingdom. The holder of that title has not changed in the intervening period, having seen off some tough competition from a breakfast television presenter and also a certain Left-wing political commentator. Nicola Sturgeon does still annoy people, not the least the previous holder of the office of First Minister of Scotland. She has also evolved into also being perpetually annoyed herself. In fact she is so annoyed that this interferes with the proper governance of Scotland, as every issue with which she deals is primarily a way for her to annoy and express annoyance rather than to be competently addressed. Her rationale for failing to address issues properly is the fact that Scotland is not an independent vassal state of the European Union prevents her from doing her job, which is why she is annoyed. The whole basis for the support of her political party is how annoyed she and her supporters are. However, there is another dimension.

In addition to using political propaganda to make Scottish voters annoyed enough to vote for the aforementioned independent vassalage, she is also annoying English people, but in such a way that English voters will be relieved should Scotland gain independence as her annoying presence polluting news media will diminish, disappear entirely, or be plain irrelevant. A recent poll shows that a majority of Conservative voters (people clearly unaware that the party is actually called the Conservative and Unionist Party) would not be too bothered should Scotland leave our United Kingdom. Part of this is due to the failure of our teaching ‘profession’ to provide a proper education in civics and to the BBC being dismissive of national heritage and historic culture, but our broadcasters and educators have had form in this area for decades.

However there is probably a corollary to this lack of bother over losing an apparent annoyance: the desire that Scotland’s independence should be an utter disaster to prove that independence was huge mistake and that the Annoying Person is also a Complete Idiot. The union that forged Great Britain was on the back of national bankruptcy as the Scottish government of the late Stuart period sought to emulate England’s overseas empire by establishing one of their own. The Scottish economy could not support such a risky venture, and this was exposed when the Darien Scheme, as it was called, failed abysmally. Scotland had to be bailed out by England, and the price was a union of Parliaments just as there was already a union of crowns, which all eventually led to the current state of annoyance in Edinburgh.

The problem is that England could not wash her hands of an annoying Venezuela-on-the-Clyde or North Korea-on-the-Forth. And it is highly likely that the SNP are not only well aware of the economic unviability of an independent Scotland, but are actually counting on it. The SNP might be under-annoyed by an exodus of economic migrants, as those who stay would be less annoyed than the departed and would probably be more likely to keep voting SNP, especially as the nationalist rhetoric could be cranked up a notch to saturate Scottish media, amongst other measures nationalist governments are known to practise. The Annoying Person might think economic meltdown is just a minor wrinkle in the overall project.

Should Scotland not be able to count on the English taxpayer in the way she currently does, she would either have to find a new method of coercion or seek help elsewhere, which would also be coercive. Just because the SNP seek independence from the United Kingdom, this does not mean they wish to be absolutely independent. Their nationalism is anti-English rather than absolute, and since it is governed by sentiment rather than pragmatism, decency, and common sense, this means that an SNP-dominated independent Scotland could, as nationalist governments always do, make some pretty radical choices.

For instance, rather than be a candidate member of the European Union, the SNP could seek to have closer ties with Putin’s Russia. Alex Salmond is already in the pay of Russian state television. Scotland could offer the Russian Navy the use of Faslane or Rosyth or some airfields, thus destroying the strategic anti-Russian naval barrier and threatening Nato. England could be required to pay off the Scots just to stop them throwing in their lot with Russia, as well as paying a punitive rent on Faslane, which might include a nuclear weapons surcharge as the SNP could accept that a huge amount of cash would help them overcome what they describe as principles. This threat could also encourage the EU, who are not necessarily Russia’s friends, to get a move on and admit Scotland as a member. Any objections by Spain, fearing their own separatist movements, could be over-ridden by pointing out that Scotland lies on a periphery of the EU in a way that Spain does not, or some other fact that could be leveraged that way. The EU are known for bending rather important rules whenever it is convenient to do so, as they did when admitting Greece to the euro.

And this is the fundamental truth about Scotland. It has been a client state for centuries, and this clientelism cannot be switched off overnight. Cast adrift from the UK, it will be in search of a foreign patron in one form or another. The choices would either be Russia, the EU, the USA, or in extremis, China. The alternative is that England will pay Scotland not to be a client state, thus providing Scotland with the benefits of clientelism without the perceived drawbacks that annoy the Annoying Person so much.

This might seem a ridiculous scenario, but international politics is full of such ridiculousness. No one predicted that ideological enemies Nazi Germany and the USSR would agree an alliance to divide up Eastern Europe in 1939, but it happened, and both countries made war on their neighbours for almost two years until they fell out and set upon each other. And nationalists are capable of very extreme decisions because normal politics can be suspended and replaced by a re-run of Braveheart.

The truth of the nature and extent of the extremism of the SNP is not currently clear. However, both the clear evidence of misgovernment in the devolved competencies and a succession of scandals have failed to dent support for the party in opinion polls. Nationalism has an element of theatricality about it and so does extremism. It may well be that the nationalist governments in Moscow and Edinburgh have more in common than most people think. The SNP are selling politics as entertainment but the Scottish people may discover way too late, to their annoyance, that nationalism is quite distinct from national interest, and that independence does not mean freedom, however many times Mel Gibson shouts it at them before he is annoyingly hung, drawn and quartered on screen.