NewsPaperthe art of publishing
HomeNewsIf we’re serious about the freedom of the seas, we need warships
95

If we’re serious about the freedom of the seas, we need warships 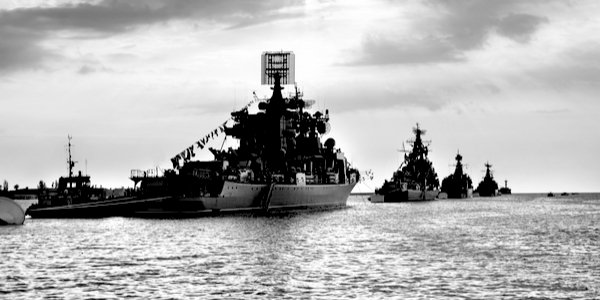 Two different defence stories over the weekend highlight the parlous state of our Armed Forces. Inevitably there is a Brexit dimension, but the core of the problems remains size.

First up was Naval news. The Chinese started whining about a British warship (HMS Albion, an amphibious assault ship) transiting the South China Sea, and threatening no trade deal. As Admiral Lord West explained on Radio 4’s Today, the claim is both absurd as the South China Sea is bounded by other nations (have a look at a map), is currently international waters and will remain so.

Lord West went on to express concern that HMS Albion, a lightly armed troop carrier, was alone and revealed that when Hong Kong was being returned to Chinese rule, the Royal Navy task force which he commanded was constantly harassed by the Chinese Navy. He had many ships; a lone ship has many fewer tactical options and, should matters escalate (as they sometimes do), would be very vulnerable. Older readers may recall that Gaddafi made similar claims about the Gulf of Sirte, which he backed with (suicidally brave) air attacks on a US Carrier Battle Group (lots of ships).

In the Cold War and decolonisation, we rejected interest ‘east of Suez’, concentrated on the North Atlantic and the Armed Forces shrank. Post-Cold War they have shrunk further (by more than 50 per cent). If we’re serious about the freedom of the seas (and we should be as it is the basis of international trade) then we need powerful ships (which we might have, when they work), plenty of them (which we definitely don’t) and the will to use them (which the Royal Navy probably has but the government does not).

And we need further assets in anticipation of a few arguments about fishing grounds, which are bound to kick off post-Brexit. Ships can’t be in two places at once and the current Navy is simply not big enough. ‘Britannia Rule the Waves!’ is an imperative – and Downing Street should heed it. The requirement for fishery protection was an obvious corollary of any Brexit vote; any halfway competent government would have at least done some contingency planning. But of course our government is not that good.

As for the Chinese threat of no trade deal – fine. It’s a mischievous throwaway line that cost them nothing and exposes how utterly lacklustre the British government is. The Chinese play a long game, and Mrs May in her current, self-inflicted insecure state is an easy target for them. The Sunday Times headline ‘Royal Navy may have scuppered China trade deal after Brexit’ is puerile.

And of course it’s not just the Chinese. Secondly and separately, the Sunday Times also reports that defence chiefs are concerned that Vlad’s armed forces continue to expand and posture more aggressively. We now know that Russian military intelligence were behind the Salisbury novichok poisonings. We can scream and shout all we like – but Vlad knows (as do the defence chiefs) that we lack teeth. The surprisingly silent Secretary of State for Defence, Gavin Williamson, is no doubt being briefed yet again by the defence chiefs that the cupboard is bare. At some stage he is going to have to earn his pay by pointing out to his Cabinet colleagues that we can throw as much money as we like into healthcare and still everyone will die, or we can put some more into defence in the hope that people’s lives are freer.

Putting the £20billion that Mrs May found on the money tree earlier this summer into defence rather than health would have bought fewer plaudits (although it did not get many) and delivered a substantial increase in capability.

Which is an argument a GCSE student could make; it is probably beyond Mrs May’s coterie of fools.