NewsPaperthe art of publishing
HomeCulture WarsIf you go down to the woods today, beware of NHS false...
0

If you go down to the woods today, beware of NHS false gods 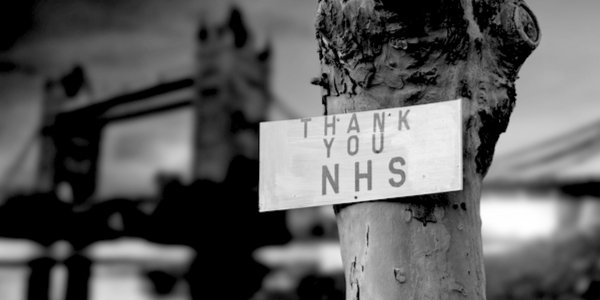 A RECENT woodland stroll revealed to me what I think is a rather disturbing sickness at the heart of this country.

In a small clearing I noticed some chainsaw wood carvings. I expected them to be like those typically found in such places – cute depictions of owls, hedgehogs and squirrels, etc. Utterly inoffensive.

On closer inspection, something rather more bizarre emerged as I saw the sign ‘Garden of Reflection’. In the clearing stood two great totem poles.

One had ‘NHS’ carved into it, with hands cupping a love heart. The other bore the word ‘UNITY’ – somehow suggesting to me a command more than an ideal. ‘Unity in what?’ I asked myself. Perhaps the implication is that we are united in the fight against Covid, battling against viral demons like latter-day desert monks.

Ironically, on top of this totem pole was a triquetra, a symbol denoting a basic tenet of Christianity – the indivisible nature of the Trinity, the three persons in one God. Somehow, I doubt the councillors who commissioned the work in Beacon Country Park, Up Holland, between Wigan and Ormskirk in Lancashire, were aware of that.

Certainly, they were not seeking to glorify the God of the Christians, who is deemed too absolutist and controlling for modern egos to handle.

More plausibly, they wanted to create the sort of space in which everything means anything, and therefore means nothing. This NHS idol (what else can one call it?) was no side chapel, it was the altarpiece of this little woodland cathedral.

My remonstration might sound like a young Christian fogey bemoaning the godless condition of the world, or an over-reaction to an innocent piece of outdoor art. However, the impulses behind images like these run deeper than that.

We are undoubtedly now a post-Christian nation, and that leaves people open to massive delusion in the spiritual realm. The British public have elevated the myth of earthly immortality to god-like status and therefore have entrusted the substance of their physical existence to the state.

For the materialist, such a capitulation of the being logically means entire surrender to the state’s authority. However, for all modernity’s boasts of reason and empiricism, people have not lost their propensity for worship. The question is, what will they worship?

The NHS is perceived to be the giver of life, and that means it has been promoted to a divine level (though many still reject its cultus). But a god requires blood sacrifice, and don’t imagine that the NHS’s sanguine debt will go unpaid.

Nonconformists will be dragged before the judgment seat to give an account of their heresy – and heaven help those deemed guilty of profaning the shrine of the medicine deity.

I am not getting into a debate pro or contra vaccines here. Rather, I am suggesting that raising the NHS to such a supernaturally elevated plane affords it a power and authority disproportionate to its proper remit.

A pinch of incense burned in homage to Caesar may well become a holocaust to an unknown and unpredictable god whose benevolence is far from assured.