NewsPaperthe art of publishing
HomeNewsIf you still believe in democracy, you should sign the Brexit Pledge
24

If you still believe in democracy, you should sign the Brexit Pledge

At this point I no longer care how anyone voted in the EU referendum. Having lived through Australia’s loss of its biggest trading partner in 1973 when the UK joined the EEC, I know that the UK will be fine. It may even thrive if the country embraces change. But what may not survive is our system of democracy. The essence of any democratic vote, whether for the chairman of the church fete or for our Members of Parliament, is that the person with the most votes wins. A majority of even one vote is still a majority and a loss by one vote is still a loss. The losers must accept that. We teach our children to accept a loss and move on, or at least we used to; why haven’t our politicians learnt to do the same? Brexit is not scary: it will be different, but it is nothing to fear. Destroying our system of government is something that should terrify everyone.

At the moment democracy in the UK has been turned on its head: the parties which lost the election have taken control of the Government to implement a strategy that lost in a referendum, and have given the EU the ability to dictate the terms of any settlement. While some who had hoped that the UK would vote to remain in the EU may be happy to turn a blind eye to this Frankenstein’s government in the arrogant belief that they will be able to control it in the future, I believe that it has set a precedent that, like the Weimar Republic, we will live to regret. If a usurper government can overturn the result of one referendum, why stop there? Why not overturn the Scottish Independence referendum and the Alternative Vote referendum as well?

Equally terrifying for our democracy is the idea that it is perfectly acceptable for a Member of Parliament to change parties without standing in a by-election, even when the MP concerned has moved to a party with a manifesto that is diametrically opposed to the one on which he or she was first elected. Ironically, some of these party-hopping MPs are calling for a second confirmatory EU referendum although they have no intention of putting their own election through a second confirmatory vote.

Similarly, political parties are changing their policies after they are elected. They are happy to trick the party faithful into voting for them with popular policies only to abandon those policies once they have been elected. We vote for a party’s manifesto as much or even more than we vote for an individual MP; wholesale changes to a manifesto after an election should not be accepted.

The Trade Descriptions Act that governs our commercial life doesn’t seem to apply when it comes to our politicians, even when they use blatant misnomers like the Government of National Unity. No, it is not. It is the Losers’ Government. It is unifying only the parties which lost the election and lost the EU referendum and the Scottish referendum and the AV referendum. Now the losers are in charge – I can understand why people are questioning our whole system of government.

I have signed the Brexit Pledge and would urge anyone who believes in democracy to do this too. A complacent electorate gets the government that it deserves. I have written to my MP to tell her to vote to deliver an immediate Brexit and restore UK control of its policies, laws and regulations. I am calling on my MP to deliver Brexit for the same reason that she is my MP – because Leave won the democratic referendum just as she won in the 2017 election. If an MP’s position is legitimitised by a majority, then so is the 2016 EU Referendum, and all MPs must accept that. You can sign here. 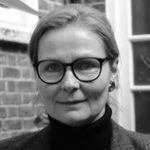