NewsPaperthe art of publishing
HomeNewsIf you think graffiti is art, how would you like it all...
58

If you think graffiti is art, how would you like it all over YOUR house? 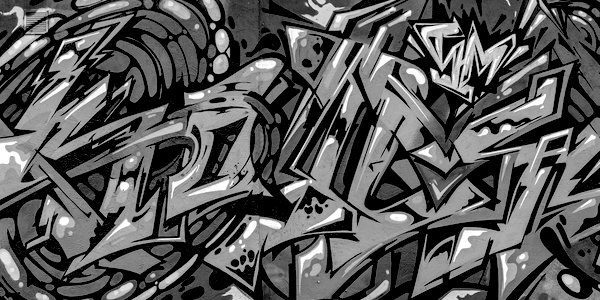 Have you thought about buying an Old Master recently? Or an Impressionist? Probably way beyond your means. So how about a Banksy: much more affordable, at around £400,000, apparently. But hang on – that’s graffiti, isn’t it? And that’s illegal. Or is it?

The tragic deaths of three young ‘taggers’ on a railway line last month remind us about this activity, and how dangerous it can be. The three were busy defacing one of the most prominent and challenging-to-access facades on London’s rail network at Loughborough Junction when they were hit by a passing train. In the aftermath they have been all but sanctified by their fellow taggers. Shrines have been set up.

What is all this about? Graffiti has been around for a very long time. In our era examples include political statements on walls left standing after wartime bombing; student protests in Paris 1968, accompanied by hurling dug-up cobblestones, and the detailed paintings on houses in areas of conflict (which would have been carried out with local consent).

More recently, following the example of New York City, the ‘taggers’ have become ubiquitously active, self-styled ‘artists’ who develop personalised signatures and vie with each other for prominence in the most visible and dangerous sites, mainly on rail and transport infrastructure, most damagingly on the rail vehicles themselves. This is cult activity, always without community consent, and invariably costing massive amounts to erase.

Existing laws on the protection of public property are ostensibly strict. Anyone caught doing graffiti can be arrested under the Criminal Damage Act 1971 with maximum punishments of ten years imprisonment, and/or a fine if the damage is in excess of £5,000. Later legislation in the UK promoted zero tolerance of all vandalism and graffiti via the 2003 Anti-Social Behaviour Act. No less a personage than Tony Blair signed up to this, including the position that ‘Graffiti is not art – it’s crime.’

Since then, self-styled ‘art terrorist’ Banksy has stymied all that. His work has come to be regarded as social satire and anti-war messaging. All very fine if he used his own surfaces and canvases. But however much his work is praised, it is still carried out without public and local authority consent – with a view to maximum exposure.

So we still have to ask: is graffiti art or crime? Acceptable or criminal?

Consider this evaluation of a convicted tagger by another (both now having served prison sentences): ‘For seven years he daubed his tag on an industrial scale across the SE of England. During the day, he (a father of two) worked as a property surveyor. But in his free time, he went out with his spray can. At the end of the day, he’s getting his name out there, and that’s all that matters.’

When the public was surveyed by YouGov, the answers were mixed. On the one hand graffiti was seen as vandalism, making an area look run-down. It’s illegal and others have to clean it up, costing huge amounts of scarce resources. But . . . it can be artistic and improve the look of a boring wall (maybe like the one Jeremy Corbyn said he hadn’t noticed). Apparently it all depends on skill, location, and context. But not, sadly, on the law.

On a recent visit to Rome, we were fortunate to have rented a beautiful apartment in the south of Trastevere, high up and affluent, with stunning views across the city. But downtown, near the river, where we had been told it was all so edgy, with all the little lanes and trendy cafés, we found it wasn’t quite so stunning. Every building was defaced with metre-high graffiti, of the utterly scribbled variety, even in the delightful piazza in front of the exquisite church of Santa Maria. There was evidence of some effort to remove it, but the owners and authorities had evidently given up. The effort, the cost, the pointlessness. And this in the most beautiful city in the world. The only exception was the Vatican. Its massive walls remained graffiti-free (could this be the result of the presence of the Swiss Guard, we wondered?) And it’s the same in every once-glorious city in Europe.

When I taught in a South London girls’ school, we occasionally had special assemblies for Year 10s, involving drama put on by youth theatre groups, always including something about tagging. Pupils were urged to consider: was it OK to deface public property? (Yes, really.) Was this a kind of defiant self-expression by those whom society ignored? Was it even a kind of Post-Modernist high art? Pupils invariably sided with the taggers, even though virtually all of them (grammar school girls!) would never dare do it. They all knew it was illegal, vandalism, even dangerous. Because they had been told this in no uncertain terms at home. Can you just imagine how their parents (and they themselves) would have reacted if, going out one morning to the car, they found their pristine detached villa had been scrawled with all that chubby lettering, saying ‘Get down with the massive’, or just plain ‘F***’?

The parents in this scenario are motivated by both personal and civic pride. And that’s the challenge. Rule Number 1 in the Civic Pride Management book is this: at the first manifestation of vandalism, graffiti or any other social disorder – get rid of it! Because if you leave it there, it will attract more, and more, and will then be beyond your control.

And that takes us back to urban pride, and the laws available to protect it. The important thing about laws is that they should be fairly interpreted and applied. But when it comes to urban graffiti, the law is certainly not fairly applied. As a tagger jailed for his obsession with painting his name on London trains said: ‘I got sent down, but Banksy gets respect and fame.’

I quite like some of Banksy’s images – but on a postcard, and not on somebody else’s wall. The law needs to be applied without fear or favour, and that’s not happening now. As also happens in many other aspects of UK life. Why does civic pride have to bend to post-Modernist ‘artistic’ indulgence?

Share
Facebook
Twitter
WhatsApp
Email
Previous articleHatred, violence, even murder – beware the sound of the drill
Next articleThe NHS – another 70 years or a total rethink? You vote!