NewsPaperthe art of publishing
HomeNewsIf young people like Europe so much, why don’t they learn any...
282

If young people like Europe so much, why don’t they learn any languages? 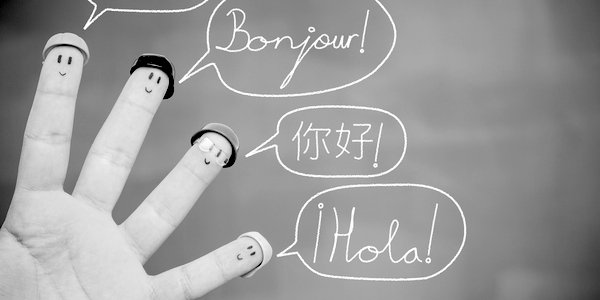 YOUNG people are overwhelmingly in favour of remaining in the EU. This is not simply because they believe Brexit will interfere with their holiday plans. Many ‘feel betrayed by an older generation who turned their backs on Europe but who will not be around to see the damage’, the Guardian informed its readers shortly after the referendum.

‘As a creative, living and working abroad has always been a dream. The fact that it has been stripped away is horrible. The fact that people chose to strip it away is worse,’ was the plaintive cry of Amalie, a graphic design student from Brighton. ‘That anger and despair was echoed around the country,’ the newspaper warned us.

‘I feel quite bitter that the older generation can celebrate victory, while young people have suffered such defeat and will have to live longest with this decision,’ added Phoebe, an 18-year-old from Bristol. Three quarters of her age group (18-24) who chose to participate in the vote backed Remain.

More of these young people voted, around two thirds, than was originally estimated. Their turnout, though, was well below the 90 per cent of over-65s. More than a third of 18-24-year-olds were not so passionately committed to the EU that they were prepared to get off their bottoms and cast a vote.

Still, today, the moaning continues. Again and again we are told that the future belongs to the young. Their passion, their internationalism and their desire to be part of the European family is central to the arguments for us staying in the EU.

It turns out, though, that there are limits to the amount of effort young people are prepared to make for the cause of EU togetherness and for international harmony more generally.

The BBC has discovered that foreign language learning is ‘at its lowest level in UK secondary schools since the turn of the millennium, with German and French falling the most’. So many youngsters’ love affair with the EU does not extend to learning how to communicate with their peers in other countries. Indeed, in Scotland, probably the most Europhile part of the UK, the BBC survey indicates that 41 per cent of schools have stopped offering any foreign language courses at all for 16-year-olds.

It seems that many UK children regard learning a foreign language as too difficult and a ‘high risk choice’, even at GCSE, where the demands go little beyond basic, but necessary, communication level.

The long-term consequences for the economy could be serious. True, English is the world’s ‘lingua franca’ and certainly there are few problems using English for the purpose of buying goods. When it comes to selling, however, there are obvious advantages in being able to converse in the customer’s language.

Business leaders are, understandably, concerned about this latest de-skilling of our young people. Matthew Fell of the CBI told the BBC:

Employer demand for French, German and Spanish skills has significantly increased over the last few years.

The decline in language learning in schools must be reversed, or else the UK will be less competitive globally and young people less prepared for the modern world.

As well as speaking a foreign language, increasing young people’s cultural awareness and their ability to work with people from around the world is just as important.

It is true that language learning can be challenging but schools should be ensuring that children and their parents are up for such challenges. After being driven out of the state comprehensive school system, I completed my lengthy teaching career as head teacher in a five-to-13 private school. There I became the first head in the country to introduce Mandarin teaching for pupils from the age of five. Why? For the practical reason that Mandarin is a tonal language, and tonal variation is far more easily mastered at a very young age. In the 21st century, it is additionally a very important language.

Was all of this too challenging for primary age children? Parents did not think so. The school was hugely over-subscribed. They mostly claimed to like the informal, relaxed, family atmosphere but I suspect the academic and other challenges were an attraction, too. And inspectors described the pupil behaviour as ‘outstanding’.

Providing young people with challenges, not least learning foreign languages, is surely what education should be all about. Not only is it good for the youngsters, it is crucial for both the economic and the social wellbeing of our country. And in the case of foreign language learning it will certainly help our children understand why so many young people in the EU are disappointed, disillusioned and despairing.