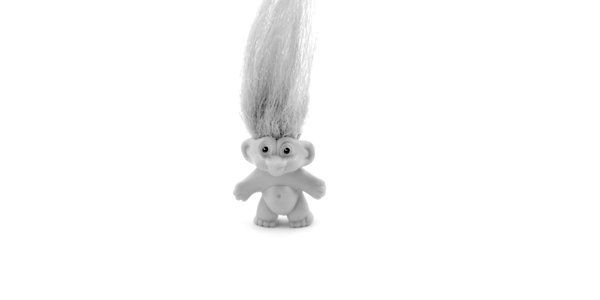 UNLIKE many other sites, TCW has kept to its commitment to host readers’ comments. The informed debate and the sharing of information that takes place below the line of all the posts we publish is an amazing and unique feature of the site. We are one of the few media outlets in the UK today that encourages the expression of dissenting opinion and does not censor.

As a result, in response to the independent and critically focussed blogs we publish, literally thousands of comments are posted below the line every day. It is impossible for us to track them all and that is why we use an automated moderation system. However despite it some who are not well motivated still manage to slip through the net. Though Disqus is effective in catching unacceptable language, it is not so clever at weeding out those ‘trolls’ who are past masters at sly harassment and ‘triggering’ angry reactions.

One of our regular ‘reader commentators’ explained how it works to me over the weekend: ‘I’m stalked and attacked by trolls who persistently change their identities with the sole intention of disrupting the blog and inciting trouble. If they are banned, they simply change email and ID before starting again, targeting the same people.

‘There is never a single comment. It is a gradual build-up of snide remarks escalating though insinuation and low-level insults. But it is relentless. You can’t be expected to see any of this because you have better things to do. Some of us, however, are supporters of your site and other conservative blogs and we see the same people everywhere. They gloat about it knowing they can have us blocked because we go after them even when they change their ID. Block us and your comments section deteriorates into a woke pit of Left-wing abuse. This is what they want.’

Well we certainly don’t want to block regular readers and supporters, but some of you have really given us no choice and unless you can commit not to lash out in frustration again, it’s hard to reinstate you. It is true however that up until now we have probably taken too ‘conservative’ an approach to trolls on the grounds that we support free speech, and have only banned only those who blatantly breach our rules. We do now that think it is time to change that and abide more religiously to our own comments policy which states that a commenter will be banned:

‘When such behaviour [breaches of our rules] becomes a clear or vexatious pattern on the part of any individual commentator, or presents a particularly egregious example of one of those behaviours in one comment. For example, if your history of commenting on The ConWom site makes it seem as if you visit the site only to start fights or specifically to disagree with us whenever we publish a post involving our core themes and for no other reason, we will ban you. It is our site and it is at the editors’ discretion to ban anyone whom they determine to be a detriment to the atmosphere of the comments section, the site in general, and our regular readers.’

The trolls, as our reader pointed out, are experts at vexation.  We will try to track such behaviour more effectively. Once spotted the vexatious will be banned. They will have a harder time from us hereon.

At the same time I must reiterate that whatever the level of frustration readers feel, we cannot allow the site to descend into a cesspit of bad language and abuse. So we do appeal to you not to use the site to ‘go after’ trolls. It puts other readers off. And nobody should be playing the trolls’ game anyway. Ignore, ignore, ignore. Don’t get trapped on their record. Climb off. They want to trigger an aggressive response.

By far the most effective response is no response.