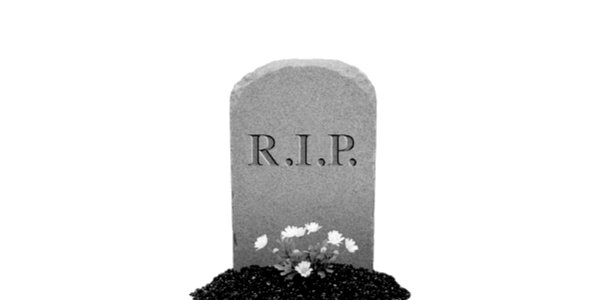 OVER Easter I have been thinking of my late friend Alexander Nekrassov – broadcaster, Twitter shit-poster (@stirringtrouble), professional Russian – who died last week. Contrarian to the end, Nekrassov died not of the disease du jour, but rather of an old-fashioned stroke.

Though Nekrassov was too young to die – 63 – he could scarcely have chosen a better way to go. He was thrilled to have been invited as a guest on Russia’s most-watched political talk show: so excited that it led him temporarily to forget just how ill he was. Shortly after his appearance he was taken very sick with what turned out to be a stroke. I’m told the treatment he received in the Royal Free Hospital and at King’s College Hospital was wonderfully kind and attentive. (He was especially fond of a nurse at the Royal Free called Dilya.) But I think the cynic in Nekrassov might yet have noticed how odd it was that a ventilator could be made available for him so easily: almost as if the stories we’re being told about an NHS completely overrun with Covid-19 patients have been somewhat overdone.

Nekrassov was the contrarian’s contrarian: so relentlessly negative, so mired in pessimism, so defiantly determined to take the bleakest line on everything that he made Peter Hitchens look like Pollyanna. Sometimes, quite often in fact, I would take him to task for this on Twitter. Indeed my last words to him were: ‘Piss off Ruskie.’ To which he replied: ‘You piss off, Eton boy.’ Though Russian-born, Nekrassov had effortlessly mastered the British male custom of expressing affection through personal insults.

I’ve just looked up the tweet that provoked my irritation, and it’s classic Nekrassov. ‘A very disappointing adress [sic] by the Queen. No substance. Sad.’ At that point – just after 8pm on April 5 – the entire nation would have been united in warmth and admiration for Her Majesty and her consoling words. And there was Nekrassov, doing his usual thing, jeering from the back, pulling faces, refusing to follow the party line.

Possibly his finest hour of contrarian absurdity was in 2018 when he defended the Putin regime against the apparently outrageous claim that it had anything to do with the attempted assassination in Salisbury of ex-spy Sergei Skripal and his daughter Yulia using Novichok nerve agent. It was all a hoax, he insisted, to the intense annoyance of Piers Morgan who asked him the same question 18 times on Good Morning Britain.

Perhaps he needed the money – he was always on his uppers. But knowing Nekrassov, I’d say the deeper motivation was the intellectual challenge of defending the indefensible, a chauvinistic pride in sticking up for his Mother Russia right or wrong and the sheer joy of trolling Piers Morgan. Certainly, I never heard him say anything approving about the Putin regime, other than to remark that it was no worse than a lot of the other regimes with which Britain treats more favourably.

I got to know Nekrassov while we were working together on a weekly show for the radio station Voice of Russia called Telling It Like It Is. Though I could always say whatever I liked – and frequently did, including being rude about Putin – I did feel a little uncomfortable about working for what was essentially an arm of the Russian state propaganda industry, so eventually I stopped. But I still miss the opportunity it gave me for a weekly rant about current affairs, and even more so for my tea and sandwich with Nekrassov afterwards in a greasy spoon.

It was never really clear how much of what Nekrassov told me was real and how much preposterous bluster. He was always billed in the media as a ‘Kremlin adviser’ and I knew he’d worked for Boris Yeltsin. (He despised the drunkard Yeltsin, I later learned, but felt that he was Russia’s best hope in crushing the resurgent Communists whom he despised even more, not least because they’d confiscated all his family’s estates.)

But it didn’t really matter: I knew he was a good egg and that his political compass was true because I was one of the few English journalists whose writing he liked and agreed with. After his death, I learned from his son Alex – more financially successful than his father, thank goodness – what an incredibly generous man Nekrassov had been behind the scenes, forever giving away money he couldn’t really afford to those even less fortunate than himself, especially to his fellow faithful in the Russian Orthodox Church. Politically, I suspect he was much closer to being a palaeoconservative than I am: strong family values, a paternalistic state, capital punishment, etc. He claimed to hate all forms of popular music and thought almost all literature that hadn’t been written by Russians, such as his ancestors Tolstoy and the poet Nikolay Nekrasov, overrated.

Though I used to tease Nekrassov something rotten about his permanent state of pessimism and cynicism, I’ve now realised – too late to tell him so, unfortunately – that he was right all along. Our perennial topic of conversation was how incredibly disappointed I was with the-then Conservative government under David Cameron; how it seemed to be spineless, far too eager to court the good opinion of Leftists who would always hate anything with a Conservative label, too ready to jettison conservative principles in order to shake off its nasty image. Nekrassov would reply by gently mocking my naivety in expecting anything otherwise. Politics, he noted, whether in Russia or Britain or the US, is always a conspiracy by a remote, self-serving elite against the people. The political class comprises chancers, egoists, control freaks, no-talents and nonentities who will always disappoint because those are the kind of scumbags and incompetents that politics attracts.

Now I look at the hash this government – in theory the most conservative since Margaret Thatcher – is making of the coronavirus crisis and finally I see Nekrassov’s point. Not so long ago we were congratulating ourselves about what an enormous bullet we dodged by electing good old Boris Johnson rather than grim socialist Jeremy Corbyn. Funny, isn’t it, how we ended up with socialism – built around the massive personality cult of the NHS – all the same?

Nekrassov would certainly have thought so. And would have delighted in rubbing it in. How I wish he were still around to record that Delingpod podcast I kept promising to do with him and now never can. Here’s one thing I am going to do, though, in my old mate’s honour. His favourite reading – which is how we got to know one another in the first place – was my column in the Spectator. Like Nekrassov, that column no longer exists. But I’m going to bring it back under the name Not My Spectator Column and for a small monthly fee – I’m thinking cheapskates’ minimum rate of $2.50 a month, which works out at about 50p a weekly column – you can read it behind a paywall at my Patreon account.

I’m sure Nekrassov won’t mind me using his death to promote my career. If there was one thing we used to talk about even more often than politics it was how on earth we were going to make ends meet as outspoken Right-wing journalists when the media was drifting so relentlessly leftwards.

Goodbye, Alexander, you cantankerous bastard.You’ll be more missed than ever you would have imagined.

Share
Facebook
Twitter
WhatsApp
Email
Previous articleNotes from the sticks: How green was my valley
Next articleToday’s hot topic: How to end the lockdown – that’s the question