NewsPaperthe art of publishing
HomeCOVID-19I’m not allowed to sing for my supper – so don’t punish...
0 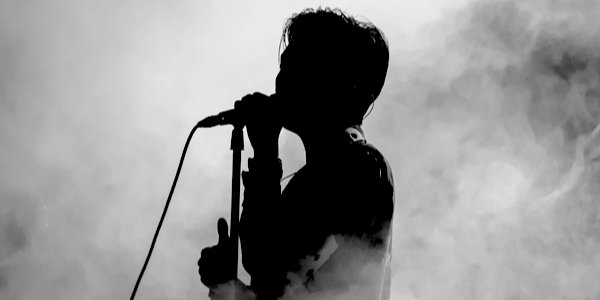 ONE of the earliest casualties of the official response to the Covid-19 pandemic was the public gathering. Performers, including musicians, dancers and stage actors, base their entire careers on being in front of audiences. Some are fortunate to be permanently employed. Many, however, myself included, are freelance and have no guaranteed income and no benefits of any kind, and earn only when hired to perform at a public gathering. Due to force majeure clauses, we will not get paid for most cancelled contracts over the coming months.

The Self-Employed Income Support Scheme will provide cash grants for the self-employed of 80 per cent of monthly earnings, averaged over the past three years, up to £2,500 per month, retroactive to March. It’s a generous scheme and will be welcome when it comes in June, but it still leaves some out in the cold. For example, some women will have taken time out of the past three years to have a baby, resulting in a lower average monthly income than would otherwise be the case and therefore a much smaller grant, yet a greater need. And what about those who became self-employed only in the past year, and won’t be eligible at all? It’s hard enough to start out as a freelance artist at the best of times.

I don’t want to have to rely on the state for my income at all. I want to work. As a classical singer, I can work only if concerts, recitals, evensongs and masses are permitted. But, necessary or not, the government has banned public gatherings, which means the government has taken away the livelihoods of freelance performers. Therefore the government has a responsibility to compensate us. This must include all freelance performers, in addition to everyone else similarly affected by the lockdown, and it shouldn’t matter how badly affected one is. There should be no cracks for anyone to fall through. It’s a matter of simple justice.

Some well-intentioned freelancers feel that they would be taking advantage – in the negative sense – if they accept the self-employment grant: that is, they feel they can survive without it and desire that the funds go to those with greater need. This is a noble sentiment, but it betrays a fundamental misunderstanding of the role of government. These schemes are not charities. The government taxes us, it passes legislation limiting our freedoms and it therefore provides us with some form of compensation. All citizens have an equal stake and an equal responsibility to participate. These schemes are the temporary replacement of the free market economy, which the government has shut down. Not to participate in them would be folly, if not dereliction, because there is currently no alternative.

Some people can’t help but see it as greedy when the wealthy make use of government schemes designed to remedy a government-imposed interruption in business. Victoria Beckham, for example, recently furloughed 25 employees of her fashion company, and has thereby ‘taken advantage’ of a government scheme. For this she has received significant abuse, most notably from the hysterical Piers Morgan, who claimed that it made him ‘puke’, asking: ‘Why are you taking taxpayer money the NHS desperately needs?’

If, as Piers accuses Posh, the wealthier among us can afford it, they are free to make a donation to the NHS or to another charitable cause or whatever they like. I’m all for charitable giving, but allowing the government to keep money that has been allocated to offset the effects of a government-mandated economic shutdown isn’t charitable giving: it’s permitting an injustice.

This is but one strand of a worrying shift in the UK regarding the relationship between the government and the people. Rather than a free country governed by public consent, what we’re starting to see has all the hallmarks of an enforced national religion. In lockstep with Piers Morgan’s hysteria, we’re acting like needy-yet-faithful children reliant on the benevolence of our charity-parent-god to care for us. The police in turn enforce the prohibitions of this charity-parent-god, then try to sugarcoat their excesses with cringemaking TikTok music videos like a disciplinarian father occasionally playing with his child. (One wonders who’s dealing with actual crime in the country?) The most righteous citizens among us inform on their disobedient neighbours for transgressing against the prohibitions. And every Thursday at 8pm, we are expected to participate in the national ritual act of worship, applauding ‘our’ NHS. How long until people are publicly shamed for not joining in this virtue-signalling adoration of a public service?

Britain is losing sight of both its tradition of liberty and the role of its government as, essentially, a facilitator of that liberty. We have instead assumed a posture of obedience, dependence and blind faith under the total authority of our charity-parent-god. With the closure of the churches, there’s no other altar for us to worship at, and without our basic freedoms of assembly and association we can’t even oppose the government’s actions effectively.

The loss of public gatherings has been a tremendous blow to society. When the restrictions begin to be lifted it will be a slow process, and the public gathering will probably be the last thing to reappear – I have no idea when I’ll work again. We must insist the government do everything in its power to compensate all citizens affected while these restrictions remain in place, and in the name of justice, all citizens ought to take advantage of the government remedy. But better than any of this would be to end the lockdown altogether in order that normal life and liberty may resume as soon as possible.