NewsPaperthe art of publishing
HomeKathy GyngellYes, Trump is awesome. I am vindicated on Captain America
49

Yes, Trump is awesome. I am vindicated on Captain America 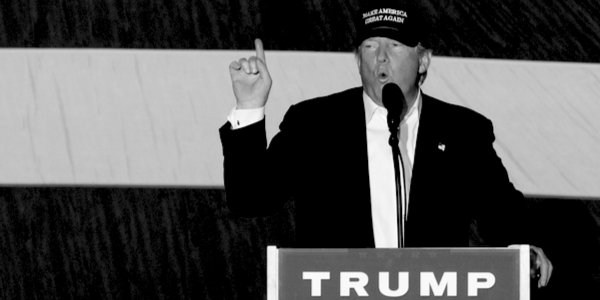 I WAS RIGHT. I have been right from the start, from the moment I predicted Donald Trump was on the way to the White House and the wimmin had better get over it.

Consistently, too. Just before the American election I wrote: ‘Win or lose, Trump is Captain America.’ And so he has turned out to be.

As each month went by Trump looked the bigger while the British media and left liberal establishment looked the smaller and pettier.

Just this April, I asked when would they learn? that the entire Western establishment (ruling class) had underestimated and misjudged him?

So I deserve my ‘I told you so’ moment.

Finally Boris has acknowledged that the much-maligned Trump and a ‘no deal’ approach would have done better on Brexit and that, yes, our Brexit strategy does lack ‘guts’.

Which I have to say was a bit rich from one at the heart of government who has yet to relinquish his ministerial car and rights to Chevening.

A pity Boris has not let it be more than a thought, or has not been more forthright. Not everyone would think he’d gone mad, either. Just Boris and his Leftie liberal establishment friends, who have made a practice of trumpeting their views on Trump’s insanity.

‘I think Donald Trump is clearly out of his mind.’ Wasn’t that what Boris once said about the then candidate for the American Presidency?

Oh, and that he was ‘unfit’ to lead America, this man ‘playing the game of the terrorists’.

And how about that Boris gem: ‘The only reason I wouldn’t visit some parts of New York is the real risk of meeting Donald Trump’?

Boris needn’t worry. The President has no intention of giving him the chance. That had Boris resorting to Fox News as his only chance of lobbying him on his last trip to the US.

Can we blame Trump for not wanting lessons on Iran, least of all from a British politician his administration said was a joke?

No wonder Trump’s tired of Theresa’s schoolma’am tone too. He is out of her league, and always was.

The BBC seem to be having a bit of a Trump rethink, too, now that to their surprise he is still in office, and no, actually, has not been impeached, and has to be reckoned with.

Yesterday BBC Today presenter Justin Webb had to acknowledge: ‘He is not a figure that has been much reduced and that must be a difficulty for them (the EU and Canada at the G7 summit).’

Trump, remember, was the man whose accession to the presidency Nick Robinson described as ‘laughable, implausible and then frightening. Could it happen?’ in a victory he described as ‘the most shocking in American political history‘ .

So was this the same Jon Sopel, once at the forefront of the BBC’s very own election campaign against Trump, replying to Webb from Quebec: ‘If that was their calculation then it was a miscalculation’? Not his miscalculation, mind you.

‘Let me give you just one statistic,’ Sopel went on. ‘Eighty-seven per cent, that is the approval rating Donald Trump is currently enjoying among Republican voters, he’s got not just his base behind him – it’s bigger than that – approval ratings ticking upwards – they see Donald Trump doing what he promised and they like it. If they (the other G7 nations) think they’ll gang up on him (on trade) and he’ll crumble, I don’t see any signs of that.’

Trump withstood the estblishment’s character assassinations, as I predicted he would, with a steady stream of policy wins, first on tax and ISIS. Then came the one that had Sopel struggling for words: ‘I find it difficult to – kind of – find the words to convey this sense of shock, disbelief. It’s jaw-dropping’. He was referring to Trump’s breakthrough with North Korea.

The time they all stopped treating Trump like an idiot is well overdue. As I said, he is out of their league.

And the sooner they eat their arrogant words on Trump’s so-called trade war the better. That and Iran are their next hard lessons. They are wrong on Iran, as we’ve explained on TCW, just as their appeasement of North Korea was wrong. On trade it is the Chinese and the EU who are the aggressors, as Paul T Horgan explained here and as did Campbell Campbell-Jack here. In a trade war with the hypocritical high-tariff EU there can be only one winner – Trump.

As for Boris: what a pity he isn’t a TCW reader. Had he been, he might have had more respect for the effectiveness of Trump’s ability earlier. Let’s hope it is not too late for Brexit or for Britain’s special relationship.

Share
Facebook
Twitter
WhatsApp
Email
Previous articleThe West is battling back against the smug globalisers. Britain should join the fray
Next articleBorn bewildered: The child whose mum wants to be dad