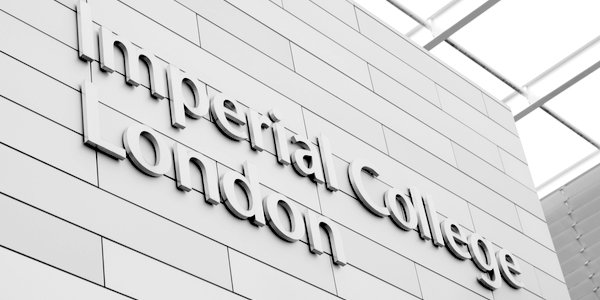 JUST when you thought it could not embarrass itself any further, my alma mater Imperial College ‘woke up’ and announced the removal of its motto ‘Scientia imperii decus et tutamen’, (‘Scientific knowledge, the crowning glory and the safeguard of theempire’) from its crest, in response, it seems, to the terrible killing of George Floyd. Now begun, the process of erasing of its own past is unlikely to stop there: the logic of the decision means that the Imperial name and brand will surely also have to go.

Or perhaps not. Because the great irony of this nonsense is that it really shows that an imperial mindset is alive and well, and to a far greater extent than when I was a student there in the 1980s: the British Empire was long gone and students, whatever their background, were treated as adults fit to receive one of the finest scientific educations in the world. Now the college engages in patronising virtue-signalling on the basis that black students are so weak-minded they will be put off applying by a fragment of Latin no one ever reads.

The imperialism of today’s Western elites is both the same as and different from the old age of European Empires when Imperial’s offending motto was first inscribed. Similar in the sense that it imposes the order and cultural values of an arrogant, self-regarding cultural elite, different in that it does so by via the digital narrative of identity politics, which is simply a new form of that ancient imperial tactic of divide and rule.

Another feature of those same elites is the soft bigotry of low expectations they have for us, their colonial subject peoples, and this cultural contempt often manifests itself in what is left unsaid, or undiscussed. In the aftermath of the killing of George Floyd there has, understandably, been outrage (along with a good deal of disgusting rioting and fatuous virtue-signalling). However, where is that sense of outrage over the hideous annual toll of black-on-black slayings which are orders of magnitude higher than illegal killings  committed by the police in American cities? The impact of Floyd’s death was, of course, greatly amplified by being filmed, but there are plenty of stories to tell about the tragic deaths of blacks at the hands of other blacks. Far greater than any racism within American law enforcement is the unspoken racist assumption that whereas whites should not to engage in the unlawful killings of blacks, no better can be expected of black Americans: killing each other (or for that matter, whites) is just what they do. Never mind, though, Imperial has removed its motto, so all will be well.

America has always been deeply divided on the subject of race, but it would be wrong for us to feel we are much better, divided as we are by class. Consider the huge media coverage of the disappearance of Madeleine McCann, once again back in the news. Of course, what the McCann family have had to endure is unimaginably horrible, and no one would begrudge them the efforts to find their missing child. However, compare those efforts with those for Charlene Downes, missing presumed dead, and thought to have been cut up and sold as kebab meat after falling victim to an ‘Asian’ (‘Asian’ as TCW readers know, almost always in these situations begins with an ‘m’) grooming gang. According to her mother, Charlene was initially dismissed as a runaway by police. There was no national media campaign like there was for the middle-class McCanns. Nor was there one for Victoria Agoglia, plied with heroin, pimped out, and killed while in care. Nor was there for the thousands upon thousands of similar girls who were groomed, pimped and sometimes killed by gangs of mainly Muslim men. It is hard not to draw the conclusion that whereas the middle-class McCanns were the kind of family media types could relate to, nothing better was expected of the working-class victims of grooming. To the political and media elites, they were just skanks, sluts and scrubbers, weren’t they? Asking for it, really; badly brought up, often in care, with no prospects and no value. Their stories ignored, just as surely as those of innocent victims in the black ghettos of America.

If there is one small ray of light in these infinitely sorry tales, it is that the mainstream media, whose job it is to illuminate the truth but in fact uses its power to conceal it, is slowly losing its power to control the narrative. This monologue by the conservative black activist Candace Owens

on George Floyd has now been viewed more than 70million times.  Let us hope that people like her are the future. As we in Brexit Britain know, the establishment can, in the end, be beaten.