In defence of Piers Morgan 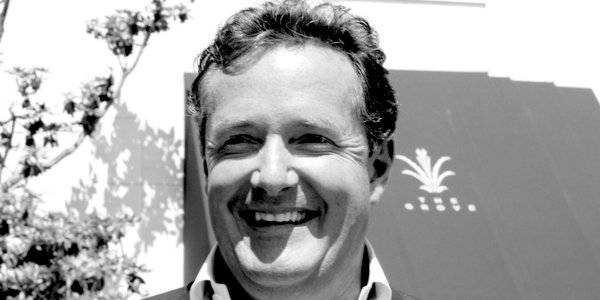 YOU know things are pretty bad when you have to stick up for Piers Morgan.

Admittedly, he does, at times, stray towards the side of common sense. This was most notable in his refusal to kowtow to the demands of the cult of ‘gender identity’. Indeed, when he identified live on air as a ‘two-spirit penguin’ a couple of years ago, he brought hope to the whole two-spirit penguin community, for which we remain especially grateful.

Otherwise, he comes across as a not particularly pleasant character with a penchant for being difficult and contrarian. That’s probably how he has carved such a successful media career. Nevertheless, it often lands him on the wrong side of the argument and means that he can never be talked down from whichever hill he has chosen to die on. His full embrace of the tired, ubiquitous and unoriginal attacks on his former friend and colleague Donald Trump was a sad reflection of this tendency.

It is another supposed ‘old chum’ that has landed him in more hot water. This time, it’s everyone’s favourite doe-eyed D-list princess: Meghan Markle.

As is ever the case, the discussion surrounding Meghan has been turned into a discussion about race. Anyone daring to question the motives of the ambitious self-aggrandiser has to field a barrage of accusations that they dislike her only due to the pigmentation of her skin.

This is clearly utter rot. After all, no white royals have managed in recent times to become massively unpopular, destroying their reputation in the process, have they?

Nevertheless, baseless lies about the Royal Family – particularly the suggestion that Meghan and Harry’s son would not receive a title due to his skin colour – are little match for concocted outrage in the arena of public debate. The fact that Archie never was in line for a title at this point vanishes like a snowflake in a blast furnace when up against Meghan’s ‘perceptions’ and ‘lived experiences’. As in every modern debate, feelings trump facts: the cause of so much of the societal and civilisation decay we see daily.

But it was not merely the smears of racism – oh, a sure-fire way for Meghan to win over the lumpen deadminds of knee-jerk wokedom – that were employed. That the Royal Family have dedicated so much of their lives to the Commonwealth, the citizens of which are overwhelmingly black or brown, is neither here nor there when you can freely impugn the character of your new in-laws via the platform of a tawdry TV chat show.

You see, Meghan was also suicidal, supposedly. She didn’t want to live any more. So cruel had the world been to her – bagging a prince, becoming part of the world’s most glamorous monarchy, and having her life’s wishes served up on a platter – she had not realised such a lifestyle comes with responsibilities. Spoon-fed Disney and hollow to the core – a prerequisite of modern stardom – she saw the position as a platform for magazine exclusives and a brand name with which to peddle modern tediousnesses such as ‘body positivity’, ‘wellbeing’ and ’empowerment’.

Piers Morgan dared question her claim to suicidal thoughts. In an era of ‘believe all victims’, to question such a thing is tantamount to heresy. Questioning a woman of colour who says so even more so. The idea that she could be conflating a period of depression or of the blues into a existential battle in order to court sympathy and bolster her status as victim extraordinaire hardly comes into play.

In a world where facts are subservient to feelings and where race triumphs all, there is little surprise in the line of attack taken by Meghan. With the full backing of her idiot prince, she has done her utmost to insult the Royal Family at a time when they most need a united front.

Meghan was welcomed with open arms by the United Kingdom. Her subsequent behaviour, reeking of self-centredness, vanity and self-promotion, is what has sealed her fate in the court of public opinion.

She could be purple for all we care: the British public would still hold her in contempt.

Morgan is often wrong, but in this instance he has been entirely correct.