In defence of tanks 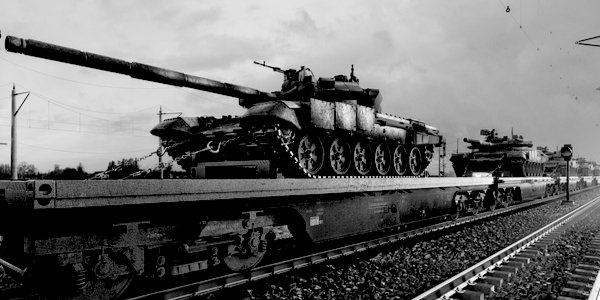 THE war in Ukraine is stimulating many think pieces in the mainstream media. Some are good, some are downright silly. An example of the latter is an article by Lewis Page in the Sunday Telegraph in which he concludes that the British Army should give up on tanks.

Page is a former Royal Navy officer who spent much of his career mine-hunting, although he did complete a commando training course, winning the coveted green beret. He has written extensively, and often (rightly) scathingly about defence procurement. In this article he concludes that tanks are obsolete and that the British Army should abandon them. He is wrong.

His opening description of the Russian attack as a high-powered, armoured army launching a full properly co-ordinated attack on Ukraine is, as we all know, incorrect. The initial operations were an attempted air landing at the Hostomel airfield  outside Kiev to install a puppet government, with a column of armour driving into Kiev for a victory parade. That plan fell apart when the Ukrainians, many reservists, prevented the (necessarily lightly armed and armoured) elite Russian airborne forces from capturing the airfields they needed. Far from being fully prepared, it became apparent that many of the invading armoured vehicles had been poorly led, under-briefed and that their equipment was inadequately maintained. Small wonder that so many were destroyed – all tanks have many weak points, but that does not make them obsolete.

(If Russian troops had been able to secure the Hostomel airfield in the first days of the war, if the United States and Nato had not been so rapid and effective in providing aid, Russia might have succeeded. In the event, Putin’s airborne elite failed, but failure was not inevitable, so argues Mark F Cancian, Senior Adviser, International Security Program, US, in a commentary for the Centre for Strategic and International Studies.)

Page enthuses about top attack weaponry and tandem warheads as if they were new (the technology has been around since 1987 in the TOW 2B missile). Inevitably he enthuses about the Turkish-made Bayraktar drone and concludes that these weapons are as capable of killing armoured vehicles as a tank main gun, and that therefore tanks are pointless extravagances. Unfortunately for this theory he’s skipped over some crucial evidence.

The Israelis, who know a thing or two about armoured warfare and the tank/anti-tank missile battle, still make tanks (the Merkava) and use them in urban combat. They have been developing anti-tank grenades and missiles since the 1973 Yom Kippur war. ‘Experts’ predicted that the Egyptians’ abundant anti-tank missiles (primarily the Russian AT2 Sagger) would render the Israelis’ formidable, armoured forces burning hulks. It didn’t quite pan out that way: the Israelis learned to spot the launcher and engage it while the missile was in the air. As the launcher contains the guidance mechanism this means the missile will miss. Israeli armour advanced into Egypt.

Since then the counters have evolved. As well as a mortar for engaging infantry lurking behind walls, the Merkava IV mounts the Trophy anti-missile system. This shoots down incoming missiles, so far with a 100 per cent success rate. The Israelis are fitting it to all their tanks and heavy armour. The Germans and Americans have adopted it, and it will be part of the Challenger 3 upgrade.

Page goes on to cite a ‘rule of thumb’ that 50 per cent of armoured vehicles are unserviceable at any one time. While he was serving in the Royal Navy (an organisation which has no armoured vehicles) I was an armoured soldier, serving on Chieftain, CVR(T) and Challenger. When heavy machinery breaks, the delay in fixing it is driven by the availability of parts. Even when they’re constrained, as they often are in peacetime, I have never been aware of more than 5 per cent to 10 per cent being off the road at any one time. The majority of the time all the vehicles were serviceable.

Page goes on to state that a Reaper drone (in British service since 2011) can destroy a dozen armoured vehicles in a single pass. As the latest version of the Reaper carries only eight missiles that would be a miraculous outcome. Page gives the cost of a Reaper as $10million. In 2020 they cost $32million each – more than an Apache attack helicopter. Their replacement will be even more expensive.

In his desire to beat the ever-popular ‘tanks are obsolete’ drum, Lewis Page overlooks the key evidence. Since the Kiev debacle, Russian armour has advanced several hundred kilometres to capture most of Ukraine’s Black Sea coast, and 100 to 200 kilometres inland. More recently the Russian army has just about captured Severodonetsk, again leading with armour. President Zelensky’s generals are asking for more tanks.

This is a shoddy, poorly researched article. That a national newspaper should carry it without checking on the basic facts is a disgrace. Sadly that’s become all too common, and not just in defence matters.