NewsPaperthe art of publishing
HomeNewsIn my old Merc I trust, as the world turns to rust
69

In my old Merc I trust, as the world turns to rust 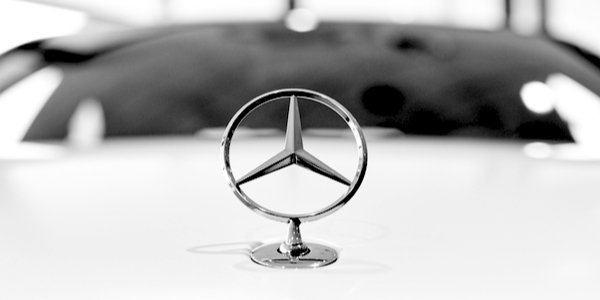 THEY don’t make ’em like they used to. People say this about everything, and generally it holds true.

My Russian babushka-in-law has a ZiL refrigerator from 1961 which dutifully chills all the gherkins and vodka thrown in its path. Its steadfastness stands in marked contrast to her almost brand new Samsung television which, after only a few months, developed a fatal fault. In contrast, the ageing Nineties TV hiding in the dacha, while delivering mostly static to the viewer, soldiers reliably on.

The more modern the item, it seems, the more it is designed to fail at a pre-determined point, necessitating its replacement with a highly costly, yet only notionally improved, model.

Whether this means that all older things are better made, I am not sure. Think of all the times you have heard a chap say that new films are not a patch on the classics.

Perhaps he has a point. But what we remember are the one per cent of productions that people still bother to watch; the rest have inevitably, and rightly, been lost to the mists of unremarkability. Retaining only the decent from former eras, we see the crud that floats so readily around us and assume that we live in a time of unparalleled low quality.

On aggregate, it’s hard to say. Still, I fall nostalgically into the camp that lauds the old and greets the new with healthy scepticism; a conservative in other words.

In recent weeks I have put this mindset into action, buying an old motor. Shunning my Vauxhall Vectra – contender for title of the world’s dullest cars – I bought myself an old Mercedes. My midlife crisis has started a decade early.

The car is just a few months older than me. Both in our early thirties, we have accumulated our share of cosmetic imperfections and are beginning to show signs of wear and tear. Yet we both struggle on. Given the famous build quality of old Mercs and my unhealthy penchant for drinking beer, it seems likely that the car will outlast me.

The Mercedes of that era were renowned for their build quality, with the company describing the car as ‘massively over-engineered’. Speeding along inside the contraption that was developed between 1972 and 1984, the key word soon becomes ‘engineering’: it’s hard not to admire how spartan and Germanically stolid the whole affair feels.

Compared to modern Mercs, which have interiors that can be bathed in various shades of colour and which are overflowing in features and gadgetry, my old beast is rudely primitive. However, this is also its strength: There are also a million more things to go disastrously wrong on newer incarnations.

A few years down the line and the merest problem can be more costly to fix than the value of the car itself. In contrast, even I, a relative Neanderthal to most things automotive, can have a stab at fixing the simple things on my old banger.

Probably I’m overthinking it, but I can’t help but feel the differences between today’s Mercedes and the one of 30 years ago reflects broader changes. My Merc rolled off the production line in 1990. The car’s manual lists Mercedes dealerships across the world, including those in the USSR; handy to know, should you need some new spark plugs while in Leningrad. Not long after it hit the road, the Cold War finished and the West seemingly irreversibly lost its way.

Quality has been superseded by gaudiness, with a just-in-time, consumerist model demanding rapid and frequent consumption. Each year’s iPhone has to be replaced with the latest, 99 per cent similar edition, only to be chucked into landfill soon after.

Such a mindset seeps throughout our politics and life as a whole, with both drawn to the shallow and showy; shunning long-term thinking and the creation of robust permanence in favour of short-term, shoddy junk.

This is surely a defining character of our time, for our ancestors were the opposite. Think of the lasting achievements of Victorian Britain – its architecture, its industry, its infrastructure – and it is clear we are dealing with people who forever had an eye on the future, and for building towards it.

By contrast, we stand like vain pygmies, adopting a just-kick-it-down-the-road mentality. The problems of today are never dealt with, but merely varnished over with the thinnest of lacquers.

As the body politick corrupts and existential problems metastasise, the ignoramuses of our elites dangle petty baubles in front of us, distracting us from the real problems at hand.

To use a motoring analogy: We were, collectively, handed down a well-built and maintained classic car. Of course it had its niggles – what doesn’t? – but instead of making sure it was looked after, we never got it serviced and let corrosion run riot. And when we need to rely on it most, that is surely when it will break down beyond any viable repair.