In praise of pounds and ounces 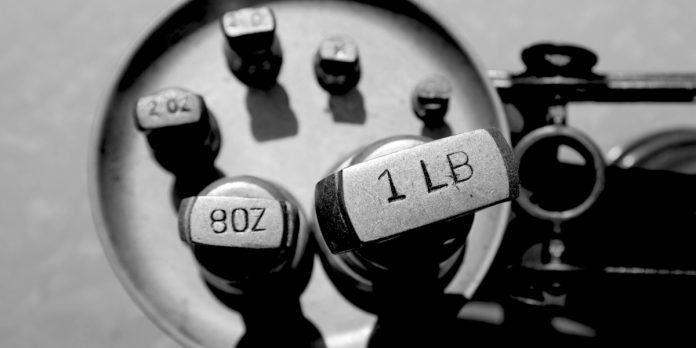 BORIS Johnson’s proposal to restore pounds and ounces and the crown mark on pint beer glasses may be opportunist populism from a cynical chancer, but much of the imperial system of weights and measures worked better than metric.

That’s because it was rooted in what people found useful. By contrast, the rule of ten was imposed from above in the French Revolution, a politically-driven programme to cut us off from our past and begin afresh; progressivism is about centralised power versus the populace. As Peter Hitchens notes, their ten-day week didn’t succeed; nor did their abolition of God in favour of rival cults, of Reason and The Supreme Being.

When TV chefs give us a cake recipe requiring ‘two hundred and fifty grams’ of butter they use seven syllables where three would do: ‘half a pound’. We don’t need the gram for daily purposes; it’s too small a measure. Would the cake spoil if you used 245 grams of butter instead?

More importantly, the decimal system doesn’t lend itself so well to division. A pound weight – 16 ounces – can be split four times down to a single ounce, where half a kilo (500 grams) can be cut to 250, then 125, then . . . good for scientific uses, bad for shopping.

If that sounds trivial, remember the 2001 prosecution of Steve Thoburn, a British market trader who was selling fruit and veg using Imperial measures rather than offering the EU’s mandatory metric ones. The rule of the bureaucrat had to be rigidly enforced; no one was to resist The Power, however irrelevant.

Yet ironically and wonderfully, Thoburn’s case paved the way for our escape from the EU. When his appeal came to the High Court (he lost), the judgment of Sir John Laws not only clarified the relation between the European Communities Act and British law but (para 59) asserted the inalienable sovereignty of Parliament:

‘Parliament cannot bind its successors by stipulating against repeal, wholly or partly, of the ECA . . . there is nothing in the ECA which allows the Court of Justice, or any other institutions of the EU, to touch or qualify the conditions of Parliament’s legislative supremacy in the United Kingdom. Not because the legislature chose not to allow it; because by our law it could not allow it. That being so, the legislative and judicial institutions of the EU cannot intrude upon those conditions. The British Parliament has not the authority to authorise any such thing. Being sovereign, it cannot abandon its sovereignty.’

Johnson may be a clown, but the issues between ancient, people-based and modern, ‘Year-Zero’ systems of measurement are not trivial.

The fight goes on – see how our Establishment has screamed and struggled in the wake of the 2016 ‘Brexit’ referendum; it is either ‘power over the people’ or ‘power to the people’, as our American friends will understand.