In praise of the brave female anti-feminists 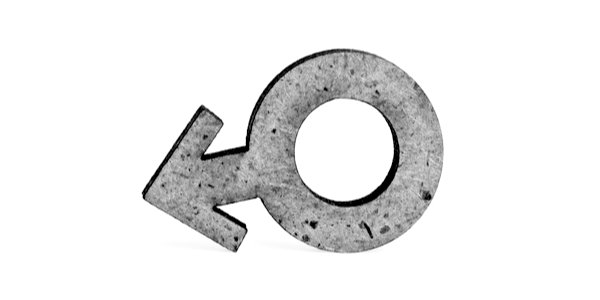 I MUCH enjoyed Gary Oliver’s article in Saturday’s TCW. It occurred to me that many followers of TCW may not be familiar with Janice Fiamengo, who appeared on ITV’s Good Morning Britain – or indeed other notable anti-feminist women – so I penned this article.

In the Men’s Rights Movement (MRM) we have an admiring name for anti-feminist women … Honey Badgers. The name derives from a short video which has to date (since 2011) attracted 93million-plus views …

I’ll give brief details on some of the best-known anti-feminist women, three of them Canadian, two British. All have given presentations at international conferences on men’s issues in recent years, sometimes as keynote speakers. Indeed, two of them – Karen Straughan and Alison Tieman – were the prime organisers of the 2019 conference in Chicago, at which Philip Davies MP was a speaker (he also spoke at the London conference we hosted in 2016, about the justice gender gap).

Firstly, the Canadians. Janice Fiamengo, a former Professor of English at the University of Ottawa, is best known for an extraordinary series of videos produced over the past four years by Steve Brulé, The Fiamengo File. All 112 episodes are here. If you have time to catch only one, make it her first, Why I Am An Anti-Feminist.

Karen Straughan started blogging in 2010, using the pseudonym GirlWritesWhat, and has had a huge influence on the MRM. Her influence soared when she started making videos at her kitchen table.

In 2014, I travelled to Detroit to speak at the first International Conference on Men’s Issues, where Karen was also a speaker. Over the course of the three days, I asked many attendees how they’d first become interested in anti-feminism and men’s issues. A sizeable majority said one of Karen’s videos had first opened their eyes.

Her YouTube channel is here. She gave the keynote speech at the International Conference on Men’s Issues we hosted at Excel London in 2018.

Alison Tieman is a driving force, along with Karen Straughan and Brian Martinez, of the Honey Badger Brigade. It’s best known for Honey Badger Radio. Alison is one of the most insightful people in the MRM. As an introduction to her work, I recommend a short video from 2014, on the differences between the moral agencies of men and women, Men’s Rights Versus Feminism Explained Using Magnets.

Our first British Honey Badger is Erin Pizzey (80). Erin is best-known for having launched the first shelter in the world for battered women and their children, in Chiswick, South West London, in 1971. It was overtaken by radical feminists who have lied about domestic violence ever since, to fill feminist coffers. Erin suffered death threats, her dog was shot, and she had to leave the country for many years.

Erin has been asserting for almost 50 years that domestic violence is a generational issue, not a gendered one. Men suffer as victims at similar rates to women. Indeed it’s long been known that in the 30 per cent of heterosexual couples where the violence is one-way, the perpetrator is twice as likely to be the woman as the man.

Violence is far more prevalent in lesbian couples than in heterosexual couples, a phenomenon for which feminists have no explanation. We’ll be hosting a conference on domestic abuse in Manchester in four months’ time, details here.

Last, but not least, is Elizabeth Hobson (31), our party’s Director of Communications. Elizabeth has been making videos, many of them anti-feminist in nature, since 2014 – her YouTube channel is here.

Last year Elizabeth and I gave talks at Cambridge University, mine with the title, Equal Rights for Men and Women, hers The History of Feminism. Needless to say, the university feminists went crazy (well, more crazy than usual) at the prospect of us speaking, and wrote an open letter to the Vice-Chancellor, demanding the talks be cancelled.

The letter contained numerous lying claims about our party – claiming our presence would pose a physical threat to female students and academics – and an online petition to cancel the talks was signed by 507 students, alumni and academics from the university. Not one of them bothered to contact us to ask if there was any truth behind the claims in the letter.

The talks went ahead anyway, despite an angry mob seeking to stop people entering the building. We had to cover the cost of security, the police took no interest in the protest, nor did they seek to apprehend the two feminists (one female, one male) who threw milkshakes over myself and colleagues outside a pub at lunchtime.

One of our supporters, Natoya Raymond, apprehended the female feminist – the video from her smartphone is here. She called the police to arrest the woman, but despite being in the centre of Cambridge, the police declined to attend the scene, and the woman was released after an hour. The police later determined the identities of the two feminists, but declined to press charges, imposing derisory fines instead. The feminists used a crowdfunder to fully cover the fines.

Elizabeth’s talk at Cambridge University is here. Because of the efforts of the braying mob outside to drown out the speech – we were on the first floor – there’s a link to the transcript in the video description.

On behalf of everyone in the global MRM, I should like to salute these fine woman, and all anti-feminist women around the world, today. The importance of their voices – and their support for the human rights of men and boys – cannot be exaggerated.

Share
Facebook
Twitter
WhatsApp
Email
Previous articleLament for the ladies-only changing room
Next articleAs China death toll rises, do we need a vaccine for the virus of State secrecy?

Mike Buchananhttp://j4mb.org.uk
Mike Buchanan is the leader of Justice for Men & Boys (and the women who love them), the only political party in the English-speaking world campaigning for the human rights of men and boys on many fronts.