NewsPaperthe art of publishing
HomeCulture WarsIn praise of the park
61

In praise of the park 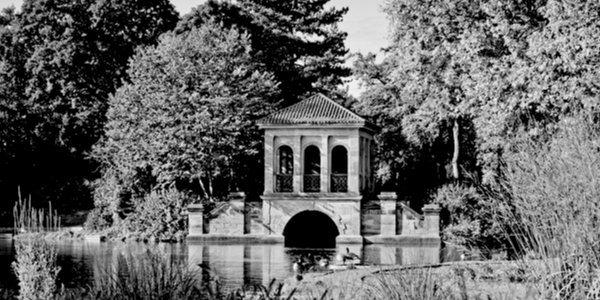 FOR us youngsters in the 1950s, playing in the street was the norm. However, there was always a glorious adventure on hand should we want a change . . . a trip to the park.

Being townies, many of us had never seen any real countryside. But a trek through the urban jungle brought us to a green wonderland where we beheld rare sights such as trees, shrubs, flowers, vast swathes of grass, rockeries and lakes. We also experienced another delight – fresh air.

During the school summer holidays, when few families could afford to go away, most days we lads would trek two miles or so from the back streets to the park, clutching a leather football and a milk bottle full of water, plugged with a piece of paper.

We’d play game after game, well into the afternoon, ending up ravenous and parched. At various intervals, the bottle would be passed round and, when empty, refilled at a drinking fountain. I can attest that tepid tap water is pure nectar when your mouth is like the bottom of a budgie’s cage. Finally, exhausted, we’d lie in the sun, enjoying the unaccustomed feel of soft grass.

However, parks had not always been like that – idyllic open spaces free for urchins to run and play. Until the early years of the 19th century, a park usually referred to the sweeping acres surrounding a stately home, or to vast deer parks – private, jealously guarded enclaves of the aristocracy and the wealthy.

In the posher areas of towns and cities, enclosed gardens were often established in squares surrounded by expensive houses, but they were accessible only to residents who had a key to the gate.

That’s not to say hoi polloi couldn’t use parks and open spaces, especially in London. There, by the 1830s, the royal parks such as Richmond Great Park, St James’s Park, Green Park, Hyde Park and Kensington Gardens permitted strolling by respectable folk (riff-raff were discouraged). However, those parks were still the property of royalty.

Regent’s Park was developed from 1812 by architect John Nash as an exclusive adjunct to the swish houses he was building nearby. From 1835, the public were gradually allowed in. Yet it remained Crown land.

Other parks available to the public, such as Derby Arboretum, were donated by rich benefactors. Some were accessible only on certain days or by paying an entrance fee.

It was not until 1841 that an initiative by the township of Birkenhead, on the Mersey opposite Liverpool, brought about parks that truly belonged to the people.

Birkenhead was burgeoning with industrial and commercial potential, especially with the development of railways, docks and shipyards. But it was not yet cohesive enough to merit an elected council of its own and was instead run by local businessmen called improvement commissioners.

They were suffused with the spirit of Victorian entrepreneurship and – unencumbered by the paraphernalia of municipal status – unafraid to try out new ideas.

The commissioners had to apply to Parliament for any significant projects that would enhance the town and in 1843 they sought and won permission to establish a park. This would be a park like no other – a publicly-funded, wholly civic enterprise that would be free and open to all at all times.

The commissioners hired the famous landscape gardener Joseph Paxton to design and lay out the park on 125 acres of boggy meadow to the west of the Mersey shoreline. It opened on April 5, 1847, having been transformed magnificently into what became known as The People’s Garden.

The park won instant acclaim from many quarters and today is generally acknowledged as the first civically funded public park in Britain, and possibly the world.

Particularly impressed by it was a young American farmer named Frederick Law Olmsted, who visited the park in 1850 during a tour of Europe. He was enthralled by Paxton’s creation, but was also struck by the fact that the park was open to all, duke or dustman. ‘All this magnificent pleasure ground is entirely, unreservedly and forever the people’s own,’ he wrote.

When Olmsted returned home and launched a career as a landscape architect, he incorporated some of the designs and innovations he had seen in Birkenhead Park into his greatest work – New York’s Central Park.

Remarkably, Birkenhead Park was established at no cost to the town’s ratepayers in a scheme reminiscent of Nash’s development of Regent’s Park.

The commissioners took out loans to buy the land at 1s 4d per square yard. As the park was built, the value of the land soared and housebuilding plots on its periphery were sold at what amounted to 11s 4d per square yard. This brought in enough to cover the cost of the park, while property taxes were sufficient to fund its upkeep.

After Birkenhead, dozens of other towns and cities followed suit with wholly civic-funded parks and today in most urban areas you are probably never that far from a park large or small.

These days, you might see the odd security man or ‘ranger’ in your park. But well into the 20th century, most parks were assiduously patrolled and guarded by keepers, many of whom would live in lodges at the entrance.

They were not to be messed with. I can remember the fear the head ‘parkie’ instilled in us as children when he walked past and gazed on our football games with a beady eye.

In his dark uniform and peaked cap, he looked like a policeman. He or his deputies would clamp down mercilessly on any infractions of the long list of ‘By Order’ rules posted on notice boards around the park. Back then, we took them seriously.

We should look after our parks. They’re precious places, increasingly so as towns and cities expand and the honeypot areas of the countryside become a traffic-jammed nightmare.

Today, I still visit my nearby park to walk the dog. In summer, I sometimes pause and give him a drink from a plastic bottle that cleverly incorporates an oblong water container.

And as I hear that water gurgling, the years fall away and there I am again, a hot and sweaty eight-year-old, swigging gratefully from that precious communal milk bottle and hoping against hope that I can score a goal before we trudge home, tired but happy, from the park.