In the bleak green midwinter 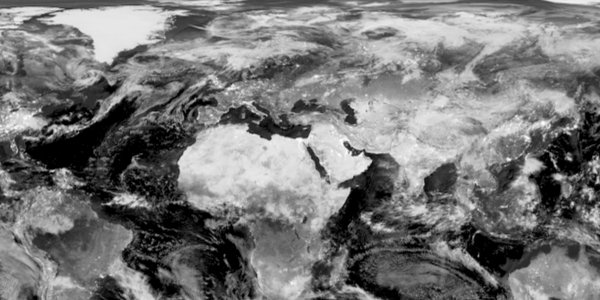 IF YOU live in the UK, you need to know about Scandinavian anticyclones, because part of our government’s ‘ambitious ten-point plan for a green industrial revolution’ is to ‘produce enough offshore wind to power every home’. This odd skirmish on the fringe of the global war to achieve net zero emissions means that not too far into the future one of these weather patterns could have a far greater effect on your daily life than any virus.

A Scandinavian anticyclone is a large area of high pressure that occasionally lurks over the North Sea or thereabouts. In summer it will give us sunshine and light easterly winds, but now and again one will arrive in winter and decide to stay for a while. It will have the usual easterly wind that begins somewhere near Archangel, but in this season it comes to us after a long track over snowbound and well below freezing Russia, Belarus, Poland and Germany. It picks up some moisture as it flows over the North Sea so most of England is covered in a layer of grey cloud. (Anticyclonic gloom, the weather people call it.)

Looking ahead twenty-five years: suppose the anticyclone arrives over a weekend in January. The plan is that by 2045 much of our electricity will come from wind and solar. By the following Thursday that cloud has formed as the bitterly cold air lifts over the east coast from Dover to Sunderland. The sun will vanish, some snow will gently fall and the wind will die towards evening. If the cloud clears there will be a hard overnight frost. During the day the sun is low and too weak to thaw the layer of ice and snow on the solar panels.

You think it won’t happen? On January 20, 1947, an anticyclone settled off Norway. By the 29th UK temperatures in the minus twenties were being recorded. The anticyclone, in various shapes and sizes, stayed for the whole of February, and so did the snow over most of the country. There have since been some quite nasty winters due to the same pressure system, with varying amounts of snow and frost: 1963 (the coldest winter for 200 years), December-January 1978-9 (aka the Winter of Discontent), February 1986, January 2010 and March 2013. Climate change may lead to higher temperatures, but Scandinavian anticyclones will always be with us. It won’t matter much if we get minus 5 rather than minus 20.

You have the picture? Maybe no sun, and not much wind. The anticyclone is sitting over the motionless North Sea turbines. The solar panels have nothing to feed on. The country suffers winter peak power demand in the early evenings, five days a week. By 2045 this will be very high indeed as we all come home from work, plug in our electric cars, turn up our electric heating and put the pie in the electric oven. At 5.52 p.m. on the Monday evening the blackout begins.

Your phone will last a day or two. Wood-burning stoves and open fires have been banned years ago, and without electricity to power your heat pump, no coal, gas or oil, your house will be an igloo in 48 hours. Batteries and carefully hoarded old camping gas cartridges and heaters will be fetching silly money by the end of the week. The only thing that will work is a wind-up clock.

But surely, you say, the government is promising to advance nuclear as a clean energy source, and by then we will have all those modular power stations as back-up? If so, I reply, why are we bothering with the ‘offshore wind which will power every home’? You can’t turn nuclear off and on if the wind blows too hard or the sun doesn’t shine.

Welcome to our zero-emission future.