NewsPaperthe art of publishing
HomeNewsIn the evil slave trade, Africa was guilty too
121

In the evil slave trade, Africa was guilty too 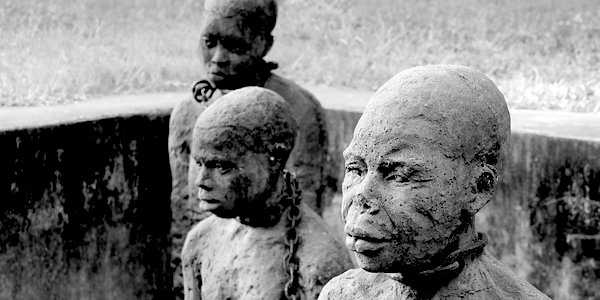 Glasgow University has published a report showing how it massively benefited from the slave trade of the 18th and 19th centuries. It has now launched a wide-ranging and ambitious ‘reparative justice programme’, including establishing a centre for the study of slavery and a memorial or tribute in the name of the enslaved.

The report has been welcomed by Sir Geoff Palmer OBE, professor emeritus at the school of life sciences at Heriot-Watt University in Edinburgh, who is calling for other institutions to follow suit.

‘We can have all the equality laws and anti-racism legislation we like,’ he said, ‘but if no other institutions, firms or organisations which also benefited from slavery declare this and seek to make amends then it’s all meaningless.’

He’s not alone in making that call and given his prominence in academia many will listen.

It’s certainly right that we acknowledge past crimes, but we must always understand how our history sat in world history, especially given the need to be wary of attempts by some to turn this issue into one about your tax-payer cash.

The slave trade in which this country participated was unimaginably evil; there is nothing that can be said in mitigation; but are reparations campaigners selective in their condemnations and if so, why? Justice is not justice if it develops a selective memory.

We know the role of the European and New World nations. The awful miseries of transportation across the Atlantic and the brutality of plantation life. But what about African participation?

Without Africans taking part, the trade would simply never have happened. It wasn’t just outlaws working on the periphery of the trade, but the full, organised and enthusiastic involvement of many African polities. These often not only relied on slavery for the manpower of their own economies, but owed their very existence to the wealth and power they acquired through capturing, trading and exporting slaves.

Almost every slave carried across the Atlantic was captured by other Africans. Sometimes slaves were traded by African middlemen and marched to the coast by African escorts. The ships and coastal facilities of the Europeans were often allowed only on the sufferance of African rulers who of course took their own cut. It wasn’t a European trade, it was an Afro-European trade.

And it arose from older slave systems that long pre-dated European contact. The early mariners who first traded with sub-Saharan Africa found slavery to be thriving, widespread and unquestioned in many areas. Europeans just joined in. Often and from the earliest days of the first pioneering ships, this was simply buying slaves from one African kingdom and transporting them for sale to another African kingdom. The idea that European contact corrupted an innocent world is risible.

All of those involved in the trade, European or African, should be condemned equally and judged by the same moral standards. All were capable of understanding the misery they inflicted. This isn’t cheap point-scoring, or trying to divert attention from European crimes. It’s simply understanding how widely spread the guilt was. And we should question those who try to avoid the truths that might get thrown up. Why is the role of one set of participants of more interest than the role of another?

Africa has been cursed with slavery since ancient times. While the Atlantic trade had at least twelve million victims, the numbers held as slaves in Africa by Africans is uncountable. And we know the practice has continued in some of the continent’s more inaccessible areas well into modern times. Its recentness is shocking and there are almost certainly still hidden corners where it can still be found.

Then of course there’s the long-term trade out of Africa to the Middle East and Indian sub-continent. Although never matching the volume of the Atlantic trade at its peak, it was still responsible for millions of its own victims. While there was certainly foreign involvement, both Arab and in its later stages European, it was again primarily a matter of Africans seizing other Africans.

And this trade lacked nothing in violence and cruelty. One of its features was mass castration at the point of capture. Many victims, perhaps most, didn’t survive the mutilation, dying from shock, sepsis and blood loss, but the enhanced value of a eunuch meant that the loss of otherwise healthy slaves was an acceptable cost.

So who do the modern campaigners think should make restitution and to whom? The dead are long gone. Even their children or grandchildren no longer survive. Are descendants separated by five, six or two dozen generations entitled to compensation?

Should modern western taxpayers be financially responsible for the actions of those vile slavers who died so long ago? Of course not. No more than a modern Nigerian who, given the antiquity and ubiquity of slavery in Africa, is considerably more likely than I am to have slave raiders and owners among his ancestors.

Some still hold the idea that the modern prosperity of western countries was due to the proceeds of slavery; that we sit today on sedimented wealth extracted from stolen labour. We don’t. Even if some people did make huge fortunes, economies don’t work like that and wealth is not static.

The claim of some historians that capital accrued through slavery significantly boosted western development is highly contentious. Other historians argue that slavery was actually a hindrance to our economic development. Even during the age of slavery, there were those, the great Adam Smith amongst them, who considered it not just a moral harm but an economic harm. One which damaged the overall prosperity of the societies allowing it.

I don’t believe for a moment that either I, you or this country generally, owe our standard of living to the production of 18th century Caribbean sugar.

History is unchangeable. All we can do is remember the victims. All of them, not just those taken across the Atlantic. There were the estimated one million Europeans seized over the centuries into slavery by North African Barbary pirates. Or the captives of the Ottoman Empire which voraciously consumed Christian slaves. There have been many slaveries but there are no amends we can make to any of the victims.

The reparations movement needs to understand that those who suffered are long dead and that their great-great-grandchildren are owed nothing. It’s not flippant to point out that we are all ultimately descended from the victims of some terrible historical injustice somewhere, and the living are not responsible for the crimes of the past.