NewsPaperthe art of publishing
HomeKathy GyngellIn these negative times, a story as uplifting as you can get
15

In these negative times, a story as uplifting as you can get 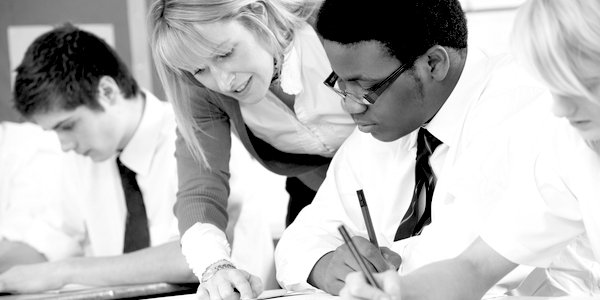 How brilliant it was to open my Sunday Times Magazine and see Sharon Hendry’s report of what happens (and can happen) when poor young black men, taken from London’s mean streets, are sent to a leading public school.

Why? Well I first met these men as the young boys they were when I was sent by the Centre for Policy Studies back in 2005 to interview Ray Lewis about his new after-school enterprise, Eastside Young Leaders’ Academy. The result of that interview was a CPS publication From Latchkey to Leadership which detailed the project, its inspiration and its underlying philosophy; all in all setting out a blueprint for changing boys’ lives that should have Louise Casey eating her heart out. For it’s people, not government, that transform lives and culture.

Ray set up EYLA to bring the most difficult black boys into line, boys set for expulsion or pupil referral units and even a life of crime. He did it by defying modern liberal teaching and parenting methods. Following an American ‘Young Leaders’ model his terms of engagement were a school uniform, conformity and a strict behavioural code of conduct for both boys and parents. Some termed it a boot camp. It wasn’t. It was a self worth camp though far from the ‘all must win prizes’ sort. Self worth would emerge through hard work, application and self discipline.

I knew from my first long interview with Ray that he was right. This was what was missing from their home and school life. The boys were crying out for someone who cared enough to put down some boundaries in their lives – and who would stay in their lives.

I visited Eastside often after that, attending various mind-blowing events that Ray and his staff orchestrated with the boys for their families, the wider community and friends, whether in a City bank or a Methodist church or for Iain Duncan Smith’s Centre for Social Justice Awards, it made no odds. Each was infused with Ray’s energy and wit – and so were the boys, entertainers all! At each, Ray had his boys declaiming en masse and solo speaking or reciting by heart with a confidence to shame many public school boys. They were as funny and witty too.

It was just jaw-dropping and all down to Ray’s intransigent moral philosophy – which at times proved too much for many in the so called progressive liberal Left establishment to digest.

But it served him and his boys well, winning him and his project the interest and respect of Rugby School. They agreed to set out on an experiment with Eastside to take the most academic of his boys as candidates for Arnold Foundation scholarships. Would it work, though? From East London social housing and single-parent family living to upper-middle-class public school? It was enough to give the Left a nervous breakdown.

To their chagrin, I am quite sure, it’s worked. Why? Because Ray was never casual about it. Each boy and his parent or parents were fully supported along the way by Ray and key members of his team.

I continued to watch from the sidelines. I witnessed boys as they came back from Rugby and other public schools which had joined the project, seeing their easy confidence but still with the same affection for and loyalty to their original peers and families. At a reunion one of their mothers leaned over to me from the seat behind to whisper that she had completed her A-levels and was going to start on a degree herself. At a ten-year celebration at City Hall one of Ray’s students succeeded in stealing the show from Boris Johnson, such were his oratory skills. This was a boy from Newham whose future had looked bleak in 2005.

Was it enough just get to get them into a good school? No, not for Ray and his tireless Project Manager Anne Collard, who’s been with Eastside from day one. They have never let up on their commitment, interest and support, seeing these youngsters through university and into work, ensuring they got the internships and training along the way – all those things that kids from more privileged backgrounds automatically receive – and getting them to come back and mentor the younger ones.

In the Sunday Times article one boy, David Ejim-McCubbin, recalls the physical shock of being dropped off at Rugby School on his first day in September 2009: ‘Marcus, Anthony and I turned up in a minibus. Our mums were working and we had no dads around, so Eastside dropped us off. I remember seeing all the other pupils getting out of nice cars, but what really struck me first was the presence of two parents with almost every child. It was unusual for me to see so many fathers taking an interest in their children’s education.’

Their success is certainly testament to their sheer guts and ability. But it is also down to one man’s determination to stop young lives from being wasted, just as his own could have been and as so many were at the Young Offender Institution of which he was governor.

In this era of negativity this is as uplifting a story as you can get. It shows how lives, culture and opportunities can be transformed where there is a will to do and an honesty about the commitment (and love) it takes.