NewsPaperthe art of publishing
HomeNewsInexorable march of the modern fascists
389

Inexorable march of the modern fascists 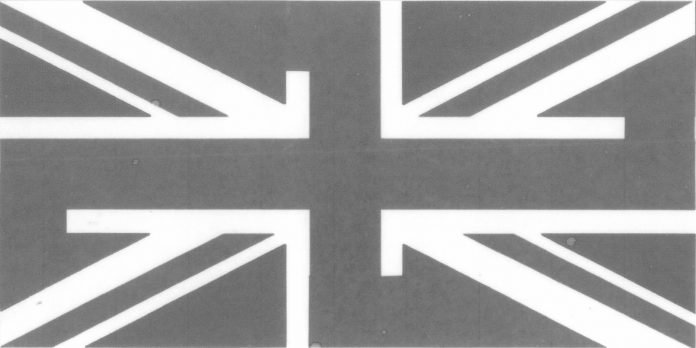 FASCISM is a fearsome word. But government in 2020 does not have to look like the ugly fascism of the 1930s to be fascistic. Czechoslovakia’s Alexander Dubcek had a vision of socialism with a human face in 1968. Today’s elites have a similar vision of a fascism we can live with.

That would be highly-regulated government which bit by bit removes itself from the control of the governed until they discover at some point in the future that they have no control at all. This gradualist process has run into a pothole if not a roadblock with our experience of government under Covid. Can real democracy retake control?

Ignore jackboots and swastikas as symbols of an obsolete fascism that has been retooled in non-violent form for the modern world. Our societies are not fascist but governments are increasingly authoritarian and the trend is anti-libertarian. ‘Fascistic’ would be more accurate.

Politicians alone are not to blame. The apparatus of modern fascism includes social media such as Facebook and Twitter with their secretive accumulation and exploitation of data and their ability to censor speech and provide platforms for mob justice. We use them willingly.

The Left identifies fascism with Hitler but Soviet communism was also fascist, which matters with Marxism back in fashion. To this day the Left strains to prove that Hitler was worse than Stalin, which is pure dishonesty. They were the same thing in different guises as far as the victims were concerned.

The effort to sanitise Stalin is not irrelevant. It helps anti-libertarians – who range from politicians to lobbies and crony capitalists – to disguise the gradual morphing of Western liberalism into ‘progressivism’, which is the user-friendly name for today’s fascism.

Since Blair, laws have proliferated in the name of combating money laundering, terrorism, free speech or saving the planet, permanently impacting everyday life in ways unconnected with these matters. Now add the Covid straitjacket. The reach of the state’s tentacles is incremental but relentless.

Green legislation and immigration policy over which the electorate have no say are examples of fascism at work. Incredibly, the SNP in Scotland wants to make hate speech at home a crime. What families say over dinner could fall foul of the police. The draft law is meeting resistance but the fact that an ostensibly democratic government should propose it is frightening; some form of it will be passed.

Fascism is an imposed politico-bureaucratic regime that denies people the means to oppose it. The methods used to deal with Covid have been a timely example of how this works with government crippling daily life by fiat. It is rife in social media where free speech is gradually being closed down and in universities which should be an impregnable fortress of free thought.

Universities now gripped by advocacy scholarship are the wellspring of the intellectual ideas that will structure our future. What looks experimental or extreme now will, as time passes, make its way into politics and government and then the law. A lot of what is happening within their walls looks ominous. A generation of students are wilfully closing their eyes and ears to what they don’t want to know.

Most people don’t think of their government as being fascistic even when they are angered by Covid powers applied with the full force of the state. Once Hitler’s name is pinned to fascism, it sounds an unlikely thing to accuse Johnson or Starmer of. This can’t be us! The reality is that it has been since WW2.

The LibLabCon slogan popular a few years ago expressed a growing public awareness of the homogeneity among the political parties which denied people real choice about policies that mattered strongly to them despite the façade of elections.

In his book Liberal Fascism, Jonah Goldberg contended that the US has been fascist since Woodrow Wilson and FDR, even though what they did went by the name of liberalism. In fact, it was liberal in a new illiberal way, constantly extending its control over the citizen by persuading him to trade his freedom in return for dependence on the state though its cradle-to-grave social programmes.

Goldberg took flak from offended liberals who have a point. How do governments run big, complex, multicultural societies whose components are at odds with each other while remaining democratically close to their electorates? It’s a question liberals, who epitomise the constant expansion of government, need to answer.

What governments have created since Bismarck’s invention of social welfare began the modern bureaucratic state has of course been beneficial as well as deleterious to the individual and to society. If we are truthful, we are sometimes less than grateful for wide-ranging government that is necessary and can sometimes be inefficient; but it comes at a cost to liberty.

Who, for instance, would be without universal health care? But that does not mean that government health care is completely benign. Once we delegated health care to bureaucrats – with a veneer of political control – they got to decide what health care we received.

For instance, if you have an illness, even an incurable one, and buy yourself a drug that is not covered by the NHS because it is too expensive, the bureaucracy can withdraw your right to further free NHS treatment for that condition. This is an arbitrary and inevitably cruel enforcement of equality. You cannot save your own life.

When Covid arrived, it turned out that the first priority was to save the NHS rather than lives. Yet we can’t complain because we gave government the right to make the rules for us and went along with the flagrant sham that the NHS was the envy of the world.

This is what Goldberg means by the fascism of the over-powerful state which never relinquishes powers it has acquired and adds to them constantly. In the West it could be called soft fascism. The rub is that it is but a step to hard fascism and that we are in danger of taking it even though only a minority want it.

We have been taught to equate fascism with genocidal nationalism but that was only one form of fascism which, like democracy, comes in different shapes and sizes. The EU represents soft fascism of a Tocquevillian kind – but which will, I predict, eventually become intolerable – whereas communist China, where a man is free only insofar as he is obedient, is a harder fascism.

The signs of a harder Western fascism are most evident in the US where social media police everyone’s speech while the increasingly progressive MSM either ignore politics they dislike or, if it is unavoidable, try to destroy it with distortions. The trouble, as so often, is that what happens in the US is the harbinger of what is coming elsewhere.