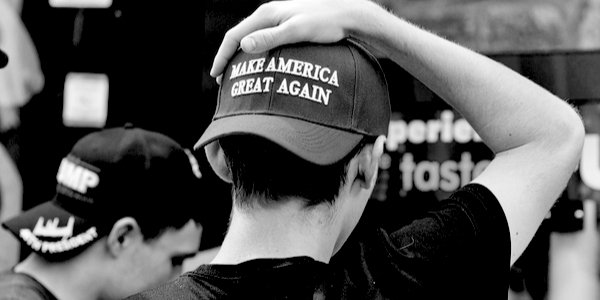 LET me tell you a tale of fake news and anti-Catholic hysteria. Over the weekend a major story broke on Twitter about a white boy, from a Catholic school, at a pro-life march in Washington who, we were told, ‘mocked and taunted a Native American elder’.

As you can imagine this was a Leftist dream: a white, pro-life, Catholic male wearing a Trump Make America Great Again hat was recorded harassing a Native American. The Twitter and media mob was unleashed with a ferocious intensity.

Howard Dean, who ran for President in 2004, called the school which the boy attends a ‘hate factory’, asking: ‘Why not just close it?’ Michael Green, an Academy Award-nominated screenwriter and producer, tweeted a picture of the boy’s face saying he should never be forgiven or forgotten. Twitterati with well over a million followers went full-on Leftist outrage, making out the boy and his schoolfriends with him to be utter monsters, akin to the KKK, akin to Hitler Youth, who should be destroyed for ever.

It turns out this was straight-up fake news. What seems to have happened is the Native American approached the group of boys, continued to bang his native American drum and they did nothing but stay and half join in. It is complicated by the fact the Native American may have been encouraged to approach the boys by an extreme group.

The actual video is within this tweet and this blog after gives a longer explanation.

Here is a video clearly showing that Nathan Phillips approached the students. On the basis of the evidence we now have, I believe that people who issued categorical and one-sided condemnations of the students should retract and apologize. pic.twitter.com/GxmXcMuQgC

The Catholic Bonfire At The Stake

It was a full-on feeding frenzy which made the Kavanaugh hearings look like a walk in the park. And it wasn’t just the Leftist mob either. No Sir.

The boys’ school, Covington Catholic High in Kentucky, and the Diocese of Covington instantly apologised and condemned their actions. Perhaps too naive to say, wait a day to talk to the students themselves.

Never to be outdone when it comes to righteous indignation, Jesuit priest (well known on Catholic Twitter) James Martin tweeted: ‘I am as disgusted by the contemptuous laughter of the mass of students as I am moved by the quiet dignity of the solitary man who continues to chant. Those students could learn much from this elder, if they had chosen to.’

Even the National Review piled in, saying: ‘The Covington students might as well have just spit on the cross.’ Nice. Following all of this on Saturday night I noticed that #ExposeChristianSchools was trending on Twitter filled with lots of anti-Christian bigotry to top off a week where the media got very angry indeed when they found out that the Second Lady Karen Pence was going to teach at a Christian school.

We should not be under any illusions here. Post the Kavanaugh hearings, post the fake news story involving Covington Catholic High School, following the monstering of Karen Pence for having the temerity to teach at a Christian school, the media in the United States are in full-on hate mode against Christians right now. This is the next big fight.

Finally however, I really reserve my total disgust for the adult Catholic males out there who did not even wait 24 hours before throwing their fellow Catholic young men (minors in the eye of the law) under the bus driven by the vilest Leftist Twitter hate mob I have seen in a while.

At least with the Leftist mob you know what they are and what motivates them: they hate religious people, and Christians in particular. But to have your fellow Catholics, people who should know better, people who should not be joining mobs of any kind, speaking out against children even if what the fake media circus said was true, you have a lot of praying to do.