Inside the school for feminist terrorism 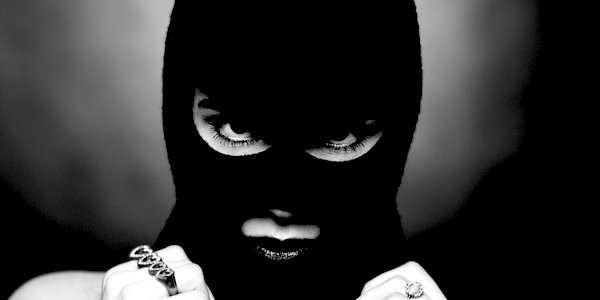 If you want to understand Christine Blasey Ford, whose evidence against Brett Kavanaugh was inconsistent and uncorroborated, who though a professional career woman presented with a little girl demeanour, ‘poor me’ face and ‘I’m going to cry any moment’ voice (supposedly at the trauma of reading from a prepared and rehearsed script) so nearly succeeded in destroying Trump’s nomination for the Supreme Court, go no further than Janice Fiamengo and the Fiamengo File.

Fiamengo is a Canadian professor of English at Ottawa University. She is also a self-declared anti-feminist and free speech advocate.

Professor Fiamengo tells us we need go no further than Dr Ford’s own university, Palo Alto, for the explanation. Here you will find the answer to the question posed by Hillary Clinton: Why would a woman would put herself through Dr Ford’s supposed ordeal if she didn’t believe that she had important information to give to the Senate?

Why wouldn’t she? That’s Fiamengo’s rhetorical answer to the rhetorical question.

In the blinkered milieu of Palo Alto there could be nothing more heroic than what Ford has done. Her testimony, ‘short on verifiable fact and long on feminist victim rhetoric in the service of a partisan agenda’ was the perfect expression of its world view. She will be applauded and rewarded for the rest of her life. Indeed she has reached ‘the pinnacle of feminist achievement’, smearing a powerful white conservative man ‘with nothing more than her trembling voice and knowledge of trauma theory’.

This private university set in a Democratic stronghold in California specialises in psychology. Though its faculty and student body are overwhelmingly female, it still stresses the need for female empowerment and support. It prepares its female students for a career in social activism, and ‘social justice’ trumps science as the university’s core mission. It prepares students as ‘agents of change in society’. There is more detail in Professor Fiamengo’s scathing analysis below.

But how many of these students’ law-abiding parents, I wonder, are aware they’re funding their daughters’ training in a form of feminist terrorism? How many realise that, as a result this feminist indoctrination, the presumption of innocence was so nearly consigned to the annals of American history, and very nearly superseded by a new standard of ‘evidence’, in which an accusation itself is sufficient proof of guilt, in the court of public opinion?

I am not surprised that this Fiamengo file has gone viral. It needs to.