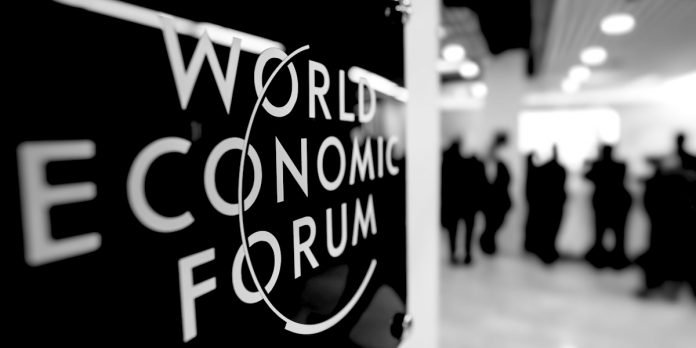 IT is important to remember that the aims behind the World Economic Forum are nothing new. The desire of its members to control us, through experts, and for our own good has been around for a long time.

Here is WEF founder Klaus Schwab telling us that the pandemic represents a rare but narrow window of opportunity to reflect, reimagine and reset our world .

We are told that the response to the pandemic (ie lockdown) is evidence that ‘the will to build a better society does exist. We must use it to secure the Great Reset that we so badly need. That will require stronger and more effective governments, though this does not imply an ideological push for bigger ones’.

Hmm. Not sure how you square that one. We must have ‘stronger’ governments and more ‘effective’ governments, though not necessarily bigger ones.

Oh, the experts. Oh, sweet, stronger and more effective governments showing us a better way. What’s not to like? Well, quite a lot in fact. And let me say it again – this desire for a New Beginning, ever more progress, hope and change, the belief that the arc of history always bends towards justice, is nothing new.

It is true that desiring and working to improve the human condition is admirable. However, manipulating this desire as a way to cement a technocracy, the will of experts and the squashing of the democratic instinct and tradition is not.

C S Lewis spoke against rule by expert in 1958, in an essay called Willing Slaves of the Welfare State. Writing after the two devastating world wars, and in the shadow of the hydrogen bomb, he notes: ‘The modern State exists not to protect our rights, but to do us good or make us good – anyway, to do something to us, or make us something.

‘Hence the new name “leaders” for those who were once “rulers.” We are less their subjects than their wards, pupils, or domestic animals. There is nothing left of which we can say to them, “Mind your own business.” Our whole lives are their business.’

If this was true in 1958, how true is it now, when barely an area of our life is not regulated or taxed by the Government, cradle to grave.

Lewis also recognised the threat to democracy and in particular the tradition of holding government to account, when fewer and fewer people are economically independent. ‘For economic independence allows an education not controlled by government; and in adult life it is the man who needs, and asks, nothing of the Government who can criticise its acts and snap his fingers at its ideology.’

Is this perhaps why we are now approaching an economic Armageddon? So many people are either on the Government payroll, or in receipt of transfer payments secured by the Government, they never criticised the system, although they often criticised any reform.

Even fewer people refused the cheap money and credit, quantitive easing, rock-bottom interest rates, and of course the ruinous lockdowns and money printing that went with it.

And so here we are. Not enough people objected to the big, generous government at the time and now the economic chickens have come home to roost.

Addressing the question of progress, and if progress can be achieved best by ‘submitting to the worldwide paternalism of a technocracy without losing all personal privacy and independence’, Lewis poured scorn on the idea that this would be progress.

He dismissed the claim that such a worldwide technocracy (such as the one the folks at the WEF have in mind) would be merely ‘man taking charge of his own destiny’. Lewis rightly said ‘all that can really happen is that some men will take charge of the destiny of the others’.

Lewis could not have predicted the technology we now possess. But his warnings about rule by expert, rule by scientists, and rule by technocracy are as true now as they were in 1958. He warned: ‘The more completely we are planned, the more powerful they (those in charge) will be.’

This is what Klaus Schwab and the rest of the Great Reset crowd are after – rule by technocracy, grabbing power and taking charge of the destiny of others. They will tell us it is all for our own good, that it has to be done this way, that without it we will collapse. It’s all lies.

We have had crisis before and we will have crisis again. We must refuse to be manipulated and surrender more of our power and destiny into the hands of a small, self-appointed technocratic elite.