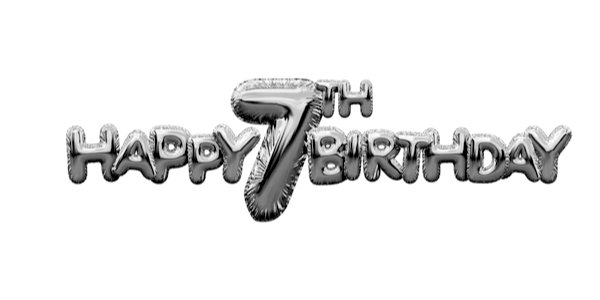 The Conservative Woman is seven years old today. We chose International Women’s Day to launch our counter-cultural site in 2014 with this post we are republishing today. Nothing has happened since to change our view. Female entitlement is even more the order of the day as the embattled male treads on eggshells and daily self-censors to survive in the workplace at all.

WOMEN have been winning Nobel prizes since 1901. Marie Curie was honoured twice – for physics and chemistry – and her daughter once. They have had the vote since World War One. They poured into the labour force in World War Two.

Since the Sixties women have had abortion law reform, reformed divorce with the right to half the married assets and the Pill.

Since the Eighties they’ve not had to marry – because the state has been there to step in without them having to worry about having a man around – if they want a child.

Since 1970 equal pay for equal work has been enshrined in law.  The sex discrimination Act followed hard on its heels.

Any woman born after the Seventies has not been without a variant of an equal opportunities commission to support her rights, reconstructed in 2008 in the Equality and Human Rights Commission.

Women’s victim status was finally entrenched in Harriet Harman’s oppressive and costly Equalities Act, signed off by Theresa May in 2010.

Today, servicewomen are only brought back from the battlefield if they are pregnant; television advertisements portray men as witless idiots; actresses can call themselves actors; we are all chairs; and men dare not speak their thoughts. Domestic violence is inflicted on women alone.

Thanks to Tony, Gordon, Nick and Dave more mothers can offload their babies and infants into daycare than ever before; schooling is geared to and run by the female gender; there are more girls going to university than boys. In some parts of the UK there are more women in the workforce than men.

Whatever is said about Dave’s ‘woman problem’ there’s already an unofficial quota in the Cabinet and on the Opposition Front Bench, however useless they are (not that the men are much better). No PM today could have an all male Cabinet, even if the men were all geniuses.

Women can report on football and cricket matches though they have never played a game in their lives and Hollywood’s action heroes, as often as not, are women.

Even the Royal Family has not been left untouched. Females have the same rights as males when it comes to inheriting the throne.

Yet the feminists are still complaining.

One look at the International Women’s Day (IWD) website shows far from celebrating these achievements they are as miserable, cross and as anti-man as ever.

Oh it is all so unfair, still.

Seventies’ crusader Gloria Steinem is still quoted by IWD on women’s struggle for equality. IWD believes that the ‘further advancement’ of women is of prime importance to the economy, business and society.

They say the support of corporate organisations in supporting women is critical.

We know what that means.

It means making firms provide flexible working hours and promote and give equal pay to the women who are granted this flexibility – despite their time out ­ too; because they are women.

You’d be forgiven for believing that women no longer gave birth let alone wanted to, or yearned to have children and families and run their homes at all.

Years after the liberation that Germaine Greer sought feminist demands continue.  More is never enough. Demands have transmogrified from equality of opportunity to equality, from equality to parity and now from parity to positive discrimination – and a new work treadmill for women.

Men have silently complied in this anti-child and anti-family revolution.

Nowhere on the IWD website is concern expressed for children, the biggest losers in the feminists’ ideological war; whether they are happier or healthier as a result, which the evidence suggests they are not.

It is no surprise that children’s basic need for maternal attachment, the risks and long term costs of daycare, go unmentioned.

Clearly, worrying about the negative social legacy of feminism is not a feminist woman’s concern.

No wonder the question of protecting women’s instincts – their desire to look after their children, to be homemakers, only returning to work as and when they want – never comes into it.  It remains unaddressed, as does the concomitant emasculation and marginalisation of men in Western society.

Sadly, the role of mother, the one unique and vital role that women perform but that men cannot, is the one that feminists refuse to rate and remain in denial about.