NewsPaperthe art of publishing
HomeNewsInvasion of the hate hoaxers
164

Invasion of the hate hoaxers 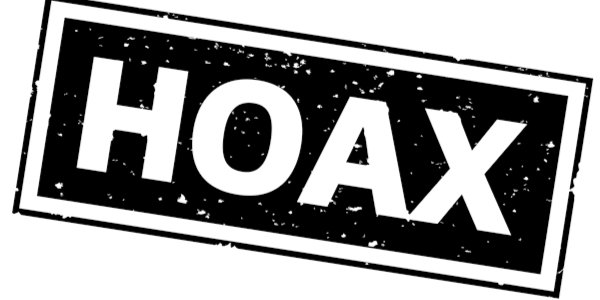 Racism is not dead, but it is on life support – kept alive by politicians, race hustlers and people who get a sense of superiority by denouncing others as ‘racists’ –Thomas Sowell

WITH the ever-increasing number of fake hate crimes, we can now add ‘hate hoaxers’ to Sowell’s list of racism ventilators.

The most recent (to my knowledge, anyway) hate hoax came in the form of graffiti written at Albion College in the US state of Michigan. The vandalism included anti-Semitic remarks, racist slurs and references to the Ku Klux Klan, according to university officials. Turns out, the person guilty of scribbling these colourful messages is a person of colour.

This is reminiscent of a 2015 hate crime hoax at Kean University in New Jersey. On the night of an African American rally, a black student named Kayla McKelvey posted threatening and racist tweets on a fake Twitter account, one of which read: ‘I will kill all the blacks tonight, tomorrow and any other day if they go to Kean University.’ In court, McKelvey apologised and said that the tweets were meant to raise awareness of racism on campus. If racism was such a big issue at her school, why did McKelvey have to fake it? She received a 90-day jail sentence, five years’ probation, and had to pay more than $82,000 (£60,000) in restitution.

As most intelligent people know, Islam is not a race. But that hasn’t stopped the Muslims from jumping on the hate hoax bandwagon.

In 2016, shortly after the election of Donald Trump, an 18-year-old Muslim girl named Yasmin Seweid told police that she was harassed on an NYC subway by a group of Trump supporters.  Her assailants reportedly tried to rip off her hijab while calling her a terrorist. The story spread widely, despite the absence of any witness testimony or video footage. Seweid eventually admitted to making up the story. She had been out drinking, and was trying to avoid getting into trouble with her parents (who made her shave her head over the incident).

This isn’t just an American phenomenon: Muslims in Europe are getting in on the fake-hate-fun, too.

Last year a 13-year-old Muslim schoolgirl in France told her father that her teacher, Samuel Paty, had warned the Muslim students that he was about to show pictures of the prophet Muhammad. Since this is considered sacrilege in Islam, the Muslim students were given the option to leave, and the Muslim girl did so. In response, her furious father took to social media and created a hate campaign against Paty. A Chechen Muslim immigrant named Abdoullakh Abouyedovich Anzorov caught wind of the campaign and proceeded to behead Paty.

Last month, the Muslim girl confessed that she had not been in school because she had been suspended for repeatedly skipping class. She was so afraid of her strict Muslim father that she lied to save her skin.

(Notice a similarity between these last two tales? Both Muslim girls feared their fathers so much that they made up viral-level lies, one of which cost a life.)

Echoing Kayla McKelvey’s rationale, the justification for these hoaxes that I hear over and over, from Leftist friends to social-justice-warrior political commentators, is that, even if untrue, at least they create ‘awareness’. Awareness indeed: those paying close attention are well aware of the fact that the racism bogeyman is so difficult to see that phony racist events must be made up in order to keep this tiny monster on our minds.