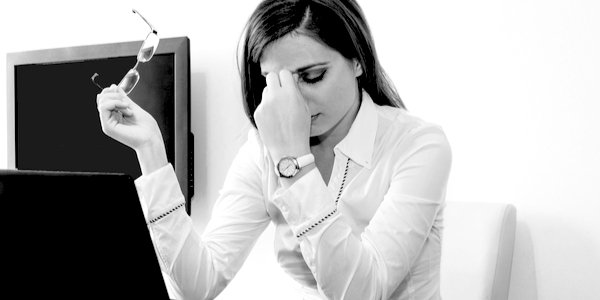 BACK in pre-Covid days when people worked in actual offices, I sat next to a far-Left extremist at a Japanese-headquartered global financial institution. I would not have been surprised if she told me she moonlighted as an Antifa operative.

Spouting her Maoist ideologies and doomsday predictions for post-Brexit London financial firms, this woman (let’s call her Ms Leftytwit) had fervently embraced every single fashionable wokism she could find in the dustbin of political sociology. Our conversations spanned such subjects as the southern United States Border Wall, which she thought was racist, to the European Union standing as a beacon of hope in an ever-darkening world, and on to the Sixth Mass Extinction, to which we are apparently hurtling at breakneck speed on course for full impact by the year 2035.

As overly sensitive to perceived slight as the bruised maiden in the Princess and the Pea, Ms Leftytwit could not but be offended by pretty much every utterance that escaped from my mouth throughout the day. A couple of times my brazenly expressed views and micro-aggressions made her cry. I did initially attempt to self-censor, but she would so bait me on subjects such as gun control and gang violence in America or the virtues of John Bercow’s Parliamentary ‘leadership’ that I felt compelled to speak up for the sake of reason and common sense.

Ms Leftytwit was also a dedicated evangelist, reaching out to rescue from the abyss those wayward political blasphemers such as myself whose deeply aberrant views threatened to rend the very fabric of cultural salvation. She would not rest until she had secured the adjacent desk occupier to the service of that noble cause.

The office polemics came to a head when the story broke of rape allegations against US Supreme Court nominee Brett Kavanaugh by Christine Blasey Ford. My idealistic co-worker was of course a proponent of ‘always believe the victim’ rhetoric whereas I stood for the ‘innocent until proven guilty’ side of the argument. She summarily accused me of being an anti-feminist gender traitor and a Trump-loving Nazi. I had to shrug off such a predictably adolescent response, especially given her emotionally stunted mental capacities and complete lack of self-awareness.

About a decade ago the term ‘EQ’ for Emotional Quotient was held up as a buzz word in professional services recruiting circles when corporate employers sought a means to distinguish identikit CVs from one another. The thinking was that, given two equally qualified candidates, the one whose levels of emotional intelligence were higher would reliably outperform the other.

What with today’s top universities indoctrinating young minds into wokism it doesn’t require a great imaginative leap to predict that the EQ scoring card will become subsumed in a few years into ‘WQ’ or Woke Quotient psychometric testing for new graduates.

Such a notion as WQ is likely to gain traction among HR departments and beaming Diversity & Inclusion Officers, given its resonance with the ethos of almost every single corporate organisation’s current Corporate Social Responsibility guidelines. It will doubtless coagulate into a system of net-zero contract clauses, gender-neutral washrooms and guarded conversations for fear of breaching HR policies steeped in victimhood-based theories such as intersectionality. All singing from the same hymn sheet, employees will parrot a set of prescriptive ideological virtues, forming a homogeneous mass workforce culture and extinguishing any challenge or lively debate.

I suppose I didn’t realise with my commie sparring companion how good we had it. Then again, her response to that quip would likely be, ‘Workers of the World Unite!’