Is Britain heading towards civil war? 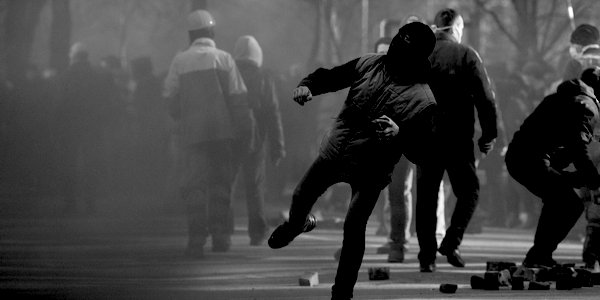 AMERICA has ‘all the bases set’ for civil war, says Douglas Murray in conversation with James Delingpole.

Central to Murray’s thesis is that America’s divides have grown so big that there are now competing versions of history, even to the extent that the founding date of America is 1619 – the date the first slave arrived – rather than 1776. An astonishing 70 per cent of liberals want the US constitution to be rewritten.

Pundits love to catastrophise of course, and even coming from the sober and highly respected Murray, such an analysis would have been rejected as somewhat excitable just a few months ago. It is fair to say that with the cycle of ever-escalating violence, one is less certain of that today.

Could it happen here? In November 2016, I wrote a blog for TCW based on Kevin Phillips’s The Cousins’ Wars on the numerous historical occasions when the divisions within America and Britain got so great that each side had far more in common with their compatriots across the Atlantic than within their own country.

The article saw Brexit and the rise of Trump as merely the latest in a cycle that included the English Civil War, the American War of Independence and the American Civil War. However, I opined that: ‘To say that either of our countries is on the verge of civil war would be hyperbole, but it is certainly not too far-fetched to say the seeds of serious conflict are there.’

For a mercifully short time, it looked like Britain might even get there first: When Parliament successfully stopped us leaving the European Union on March 29, 2019, the future for British democracy seemed very black indeed.

As prominent Brexiteers roared defiance at the March To Leave rally in Parliament Square, at the smaller UKIP demonstration in Whitehall a loyalist pipe band marched up and down, and that to me seemed the long-term and very ominous direction of travel.

Since then passions have abated, but whatever Boris Johnson may contend, it is impossible to just ‘get Brexit done’, as recent events have shown. Brexit is a long-term process on an epoch-defining scale and the divisions will be with us for some time.

Thanks to EU intransigence and aggression and the traitorous behaviour of our own elites, we seem doomed now to go back to our post-Reformation role as an offshore island living in fear of both larger continental power(s) and of the sympathetic enemy within. The Hong Kong of Europe, but not entirely in a good way.

However, important as it was, the relatively narrow question of EU membership was just a proxy for the larger battle between the new globalist liberal elites and their woke Kulturkampf, one that Christopher Lasch warned of as far back as 1996 in his The Revolt of the Elites and the Betrayal of Democracy.

It hardly needs stating that Woke is an intolerant Church Militant, and its vanguard the media: Conservative voices, alienated by the increasingly biased output of major news corporations, migrated to social media only to find themselves shadow-banned or banned outright on platforms like Twitter and YouTube.

The success of social media Right-wing superstars such as Gavin McInnes, Stefan Molyneaux, Milo Yiannopoulos and our own Paul Joseph Watson are widely credited at helping Trump win the 2016 presidential election, and their gradual removal from social media a long-term strategy to stop a reoccurrence.

From that four, only Watson survives today, and he is open about having to self-moderate his online behaviour in order to survive.

The success of Woke’s media offensive has been as astonishing as it is horrifying: To think that America, which until recently seemed to have unshakeable founding myths and a sense of national identity and purpose far stronger than our own, should now be so badly split that it seriously questions the founding of the nation itself.

Although we currently seem far behind, the relative weakness of our institutions and sense of self means that we are very quickly falling prey to the same afflictions. In time, these may amount, as they have in the Land of the Free, to a permanent Ulsterisation of our politics far deeper than the narrow question of Leave or Remain.

At its best, Brexit could have been – and still perhaps can be – a way of escaping the woke trap: Interpreted correctly as a cultural rather than economic project and pursued with unrelenting vigour, it could have been the springboard for a reborn and perfectly inclusive national identity based on our free-trading, entrepreneurial maritime past.

That opportunity is fading fast due to the cynicism and myopia of Toryism, the ruthless opportunism of Black Lives Matter and the pathetically supine response of our kowtowing elites. Those who see the Last Night of the Proms as a kind of cultural Stalingrad are full of misplaced optimism – the Left play the long game.

Who can doubt for example, that London mayor Sadiq Khan’s sinister Commission for Diversity in the Public Realm will put forward replacement statues of anti-Imperial freedom fighters and the like, designed not just to complement, but stand in direct opposition to, the ‘white’ British figures that adorn London today?

The result in time will be not just parallel, but mutually incompatible, histories to complement our already parallel and increasingly segregated lives. Moreover, long-term secular stagnation will inevitably herald a return to the economic politics of the zero-sum game and the battle for resources by different identity groups, as the woke elites stand over us playing at divide and rule.

In short, the seeds of a deep and intractable cultural fragmentation are already been sown, and one that will only get much worse as demographics continue to shift with continued high immigration.

Although outright civil war still seems somewhat unlikely in unarmed, pacific Britain, on current trajectories low-level conflict and cultural division now seem a racing certainty. It is not too late to turn the tide, but only if someone, somewhere finally realises that the Kulturkampf is vastly more important than mere economics and Brexit is much, much, more than a technocratic task to be done.

Share
Facebook
Twitter
WhatsApp
Email
Previous articleHot topic: Are they softening us up for climate change lockdowns?
Next articleHow dare they? BBC robs the poor to feed millions to its fat-cat presenters