Now staring’s a sex crime – if you’re a man 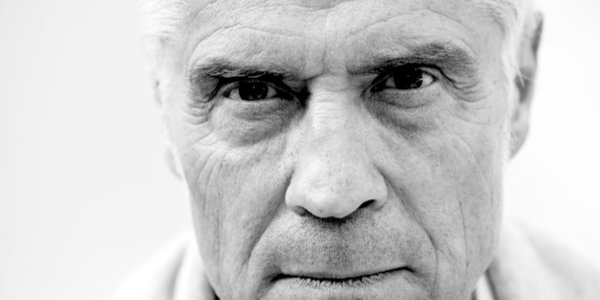 MEN who stare at women on trains could be committing a ‘gateway’ sexual offence, according to the head of British Transport Police’s sexual offences team.

Last month, 26-year-old Dominik Bullock was jailed for 22 weeks by Reading magistrates after staring at a female passenger on a train through Berkshire, found guilty of causing ‘harassment, alarm and distress’.

This was the same month Transport for London launched its Tube campaign warning against so-called ‘intrusive staring’. This, Detective Superintendent White explains, is when someone is leering or there’s a sexual motivation – to be decided (or guessed at) on the basis of the accuser’s feelings, of course.

‘If someone is staring and I am uncomfortable, that is what we are talking about . . . We say report it and we will investigate.’

Well, if all the real sex crime had been tackled it might just about be justified – at a stretch.  But it appears not. The number of sexual offences reported on Britain’s transport network has almost tripled since the end of lockdown, from 361 to 995.

Whether this is because of, rather than despite, the sexual offences team’s ‘undercover officers’ riding on trains trawling for ‘unwanted and intrusive eye contact’ on the trains remains a mystery.

Detective Superintendent White’s ‘extensive research’ tells her that there are ‘survivors’ and ‘witnesses’ of this new crime set who are not comfortable with reporting it. Never mind that they may not want to waste police time, or their own, on a supposition.

Whether White’s initiative will enhance women’s travel safety is unclear. What it will do is amplify the ‘woke’ narrative of women as victims and men as dangerous predators.

Though the irony is that where women genuinely feel unsafe today is an area unlikely to elicit any official sympathy and, if reported, more likely rebound negatively on them.

If a woman wants to register her unease at having to share the ladies’ room with a man in a frock, or report a possible sex offender posing as a woman, she then, ironically, is the one to face the perception hazard – and be accused of transphobia and subject to a possible ‘hate crime’ charge.

In this Alice in Wonderland world of hate crime and safety one has to wonder where the new House of Lords Inclusive Language Guide, advising peers and staff to desist from using the traditional greeting ‘ladies and gentleman’, will lead. To the ‘gateway’ crime of staring perhaps? Driven by desperation, not sexual predation, to catch anyone’s attention?