NewsPaperthe art of publishing
HomeNewsIs having stupid beliefs really worse than killing someone?
155

Is having stupid beliefs really worse than killing someone? 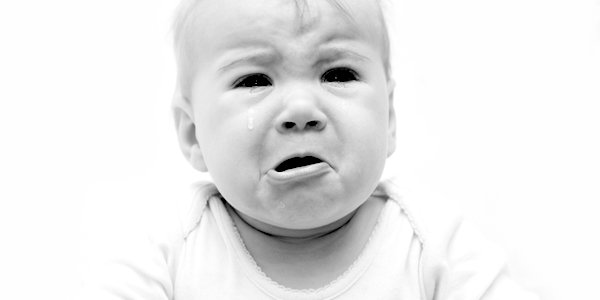 THREE young people from differing backgrounds have this week received lengthy prison sentences – perhaps I should say four, as one small baby was involved. Good riddance, many people will say in reaction to lively headlines.

Sudesh Amman, 18, a former maths and science student at North West London College, is going to prison for three and a half years. At his trial the court heard that he fantasised about carrying out a terror attack and discussed using a knife and acid. He posted al Qaeda propaganda on a WhatsApp group, kept manuals on bomb making, knife fighting and close combat, and owned an airgun, a black flag and a combat knife.

The prosecution said that his interest in Islamic extremism was more than ‘a mere immature fascination with the taboo and with graphic violence’. He has ‘sincerely held ideological beliefs which motivate him to collect terrorist material’.

The head of the Metropolitan Police Counter Terrorism Command, Alex Boon, said Amman’s ‘fascination with dying in the name of terrorism was clear in a notepad we recovered from his home’.

Amman holds terrifying ideas which scare us all but he is a teenager, who has not stabbed anyone or thrown any acid. He has broken the law by disseminating terrorist literature and is now incarcerated at great public expense for those ideas.

How will prison change the dangerous ideology he follows? In September 2015 the government commissioned a review to assess the threat of Islamist Extremism (IE) in prison. It was submitted on 17 March 2016. It’s doubtful that much has changed since then.

The review found evidence that IE is a growing problem with increasing violent incidents. Inside, Amman will be welcomed by a highly organised Muslim gang culture, violence, drug trafficking and criminality.

Those gangs are directed by offenders supporting ISIS. They make constant threats against staff and other prisoners. Charismatic IE prisoners acting as self-styled ’emirs’ exert a controlling and radicalising influence on other Muslim prisoners. There’s aggressive encouragement of conversion to Islam.

Amman will enjoy unsupervised collective worship, including Friday Prayers where he’ll witness pressure on staff to leave the prayer room. He’ll be able to avoid body searches by claiming that his Islamic dress is religious, he’ll have free access to extremist literature in chaplaincy libraries and from other prisoners; he’ll meet scared tame prison Imams and will certainly never meet a Christian chaplain or anyone who will challenge his ideas or explore why he has found an outlet in imaginary violence.

The report noted an increasing and disproportionate number of Muslims within our prisons, which accords with their message about the victimisation of Muslims.

IE prisoners manage to engineer segregation by landing, wing, or even by prison so Amman is unlikely to meet Adam Thomas, 22, who was given six and a half-years this week for belonging to National Action, a banned Right-wing group. A significantly longer sentence than that handed out to millionaire businessman John Broadhurst for the manslaughter of his girlfriend Natalie Connolly. He received just three years and eight months.

Thomas scared his neighbours by firing his crossbow at a tree. Unlike other members of the UK underclass, he did not fire it at a human, a cat, a swan or even a squirrel. Like Amman, Thomas and his Portuguese girlfriend Claudia Patatas, the mother of their baby – given the middle name Adolf after Hitler – have some terrible ideas. But their ideology is almost laughable, like something from a novel by Conrad. Resting on swastika scatter cushions they planned to overthrow British society, depose the Queen, take over the Army and install a new Third Reich.

Judge Melbourne Inman jailed Patatas, who owned a swastika-shaped pastry cutter, for five years saying that she was ‘equally as extreme as Thomas both in your views and actions’, adding: ‘You acted together in all you thought, said and did, in the naming of your son and the disturbing photographs of your child, surrounded by symbols of the Ku Klux Klan.’

What really upset me about this case was the baby. The judge actually said in court that he would reduce Patatas’s sentence from six years to five to shorten the separation from the child, who is now one. He will be going to school by the time she gets out! One year old and he’s suddenly deprived of both his parents.

The couple’s comrade Darren Fletcher was also given five years after the court heard that he recorded a sick video showing him teaching his toddler daughter how to do a Nazi salute. The judge said: ‘The depth of your racism is evidenced by how you have been able to groom your own child. On your own evidence, you have been seeking to indoctrinate your own child in these vile beliefs.’

Three people, four including baby ‘Adolf’, now incarcerated in the care system, have been sentenced for ideas; Amman was apprehended after he sent a video to a gay activist, and the National Action group have been convicted for their ‘violent racist beliefs’.

Since 2000 we’ve had the Anti-Terrorism Act which aims to prevent crime, and the increasing influence of the idea of ‘criminal conduct’ a wrong against the whole community, rather than just the private individual. Disturbingly, the public, press, including its liberal wing and even prison reform groups, seem to accept this wider interpretation of the law and use of jail as normal and acceptable.

It occurs to me that incarceration for ideas not action is thrown into further relief by the fact that a third of repeat knife offenders are spared a immediate prison sentence.

The public may choose to ignore the implications of imprisoning people for their ‘vile beliefs’. They might think it rational to convict teenagers on the basis of their diaries and notebooks, and even for uneducated people giving their children daft names, but if no solutions to this new problem of ‘thought crime’ are found apart from jail, that public will have to foot a huge bill. We should shelve HS2 immediately as the cost of the penal building programme will nearly bankrupt the state, and rather like the Third Reich we are going to see intimidating institutions everywhere.