NewsPaperthe art of publishing
HomeNewsIs it a crime to target swing votes?
87

Is it a crime to target swing votes? 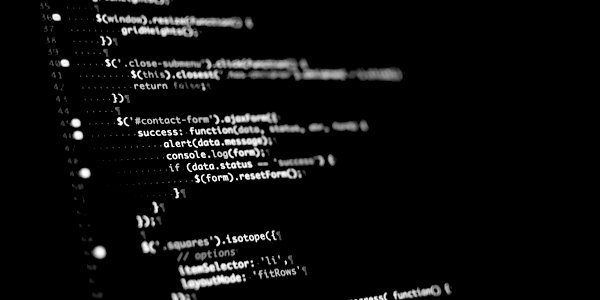 Is the company Cambridge Analytica being targeted because it fits the popular perception promoted by movies of the evil private corporation plotting and scheming in the shadows to prey on the innocent?

There has been a lot written about the company, but very little about what it did, and zero about the substance of its communications, which is the critical end product.

Essentially this organisation allowed political propaganda to be very accurately targeted by using personal data gleaned from social media. It is a matter of debate whether the data was obtained legally, and that is all the controversy is actually about.

The missing link is the propaganda used. Without the actual campaign material, this is a dressed-up story concerning data protection and nothing more.

The accusation is that Cambridge Analytica accurately located ‘gullible’ voters and leveraged the ‘gullibility’ to make them go out and vote in a certain way. This is to insult voters and debase democracy by saying that voters cannot be trusted and require ‘guidance’ by a ‘vanguard’ elite.

What is unfolding is yet another episode in the mini-series ‘Why Hillary Lost’.

The Clinton camp are once again refusing to admit they were defeated in November 2016. They believe that there was some ‘fix’ in play that cleared the path for Donald Trump to enter the White House. Clinton supporters do not accept that they had an appalling candidate who alienated voters in the ‘flyover states’. A President has to govern for all the people. Clinton’s background was such that the majority outside the coastal conurbations simply did not believe she was on their side.

So the Clinton camp have to persist with the myth that the Presidency was ‘stolen’ from them. Bear in mind that hundreds, if not thousands, of people did not get tax-funded jobs in the gift of the Presidency because Clinton lost, and the Democrats also lost seats in Congress. These people have a gripe, but not a genuine one. Some of the moaners are excessively partisan.

The refusal of the Democrats to believe they were defeated in a fair contest is relatively unprecedented in recent times. Not even the Gore camp went on about the knife-edge 2000 election for this long.

It has to be remembered that the selection of Clinton over Bernie Sanders as the Democrat candidate is mired in controversy, which makes it ironic that they complain about Trump being selected by the electorate over Clinton.

This is all about the Left complaining when they have lost. Left-wingers here point out without fail that a Conservative government is voted in by a minority of the electorate, ignoring the fact that British elections are never a binary choice, and also dishonestly including in their calculations those who did not go out and vote.

All Cambridge Analytica did was to use modern technology to reach out to wavering voters in a more efficient fashion than a blanket leaflet or television campaign. The outcome of UK elections is usually decided by about 200,000 voters in marginal seats. This may also be the case in swing states in the USA. Cambridge Analytica might have been able to locate those swing votes with a greater accuracy than any of their competitors. That is no crime.

The question seems to be whether the firm breached data protection and privacy laws and regulations to locate swing votes. But this is different matter from what they did with the data. The two are being deliberately confused.

The 2016 election was not ‘stolen’ by Donald Trump through the use of Cambridge Analytica. Trump won because ‘Make America Great Again’ was better than putting another Clinton into the White House. To state that voters are ‘gullible’, as the accusers of this British company do, is an attack on democracy, and is merely part of the argument that promotes dictatorship or the barely-accountable quasi-benevolent authoritarianism of the EU.

People object to Cambridge Analytica because they seem to have been good at their job and delivered a desired result for their customers. The internet has taken over from the meeting hall and town square as the battleground for elections, and all Cambridge Analytica seems to have done is to use the Internet better. Momentum make great use of the Internet as well, but no one complains about them. The persecution of a British IT company engaged by a political campaign is yet another aspect of partisan politics by the sore losers of the Left who always moan when rejected.