NewsPaperthe art of publishing
HomeNewsIs it farewell at last to Claire the loon?
0

Is it farewell at last to Claire the loon? 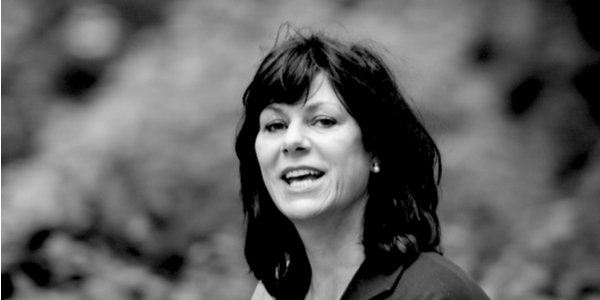 AT THE December election Claire Perry stood down as Conservative MP for Devizes, at which point most people assumed they had heard the last of her – at least that was their hope. It would not have been widely realised that, despite quitting Parliament, the former energy minister had retained her highfalutin position as ‘president’ of the 26th United Nations Climate Change Conference, the grandiose gathering scheduled for Glasgow in November known as COP26.

The politician formerly known as Perry now goes by the surname O’Neill, and she was back in the news a week ago when the Prime Minister fired her from that pretentiously titled post. The Johnson government’s aim of zero emissions remains self-harmful and ruinously expensive, but at least Boris has shown sound judgment in getting shot of Claire (Perry) O’Neill as his environmental envoy.

The immediate response of @COP26President was: ‘Very sad that the role I was offered last year by Boris Johnson has now been rescinded as Whitehall “can’t cope” with an independent COP unit.’  The conceited implication from O’Neill was that the flakes in government were too weak to handle her strong and single-minded character.

For a different perspective, however, the Guardian quoted a ‘source in the COP26 unit’: ‘Claire has seriously underperformed, including at Davos and on a recent ministerial visit to India . . . She didn’t seem to get that this is a diplomatic job. The senior team of officials in the unit couldn’t work with her and her erratic behaviour and poor performance has spooked key stakeholders in the UK and internationally. She had to go.’

For Boris, the final straw might have been when O’Neill proposed that the Glasgow climate conference should accommodate a peace offering to Nicola Sturgeon. Johnson is reported to have ‘heartily and saltily rebutted’ the idea of a formal role on home turf for ‘that bloody Wee Jimmy Krankie woman’ (an epithet which Number 10 denies having used).

From past exposure to the arrogantly abrasive Claire, the withering assessment by that Guardian source seems entirely plausible – especially after overweening O’Neill earlier this week made a characteristically self-serving appearance on Radio 4’s Today programme. Risibly asserting that her complaints were ‘not about me’, O’Neill attempted to wound the prime minister by claiming that Boris had ‘admitted to me that he doesn’t really understand [climate change]’, although when pressed on this damaging assertion she tried hurriedly to move on.

Contemptuous Claire concluded what largely was a monologue with a venomous volley at Johnson, one redolent of a previous barb by ‘my great friend’ Amber Rudd: ‘My advice to anybody to whom Boris is making promises – whether it is voters, world leaders, ministers, employees or indeed, to family members – is to get it in writing, get a lawyer to look at it and make sure the money is in the bank.’

The only surprising aspect of Claire’s cantankerousness is that, so far at least, she has not attributed her sacking to sexism – previously she  has been quick to play the gender card.

In June 2018, she achieved something I had considered impossible: she caused me to side with John Bercow, when for once he had been businesslike and reasonable. Ordered by the former Speaker to desist from ‘dilation’ at the despatch box, Perry pathetically complained that Bercow’s (admittedly arcane) choice of word for her answering at unnecessary length was ‘overly aggressive and particularly sexist’.

The following month, TCW recorded her irritating appearance on Question Time. Despite performing alongside pantomime villains Piers Morgan and Gina Miller, Claire Perry effortlessly managed to be by far the most pestiferous panellist. In her attempt to dominate the discussion, she manhandled Morgan and momentarily stunned her fellow motormouth into silence with the non sequitur: ‘This is not Good Morning Britain . . . you’re supposed to listen to women, not just ogle them.’

On another Question Time appearance, host David Dimbleby’s attempt to pause Perry’s persistent prattle earned him the ridiculous rebuke: ‘I know you hate it when women speak.’

Following her sacking as ‘president’ of COP26, Claire Perry – now O’Neill – is one woman who, with luck, will no longer be heard.