Is the British lion dead? 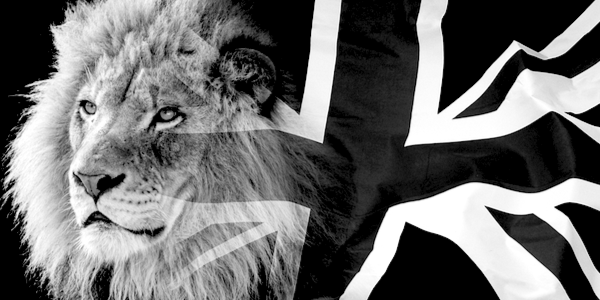 A FRIEND graduated from Saint Petersburg University the other day. Only those graduating were supposed to be in the hall but I sneaked in despite being an inconspicuous 6ft 3in, bald as a coot and about eight years older than everyone else.

The dean gave a speech, albeit a recorded one on the television. He apparently had something better to do with his Saturday morning. In a bizarre ritual fully appropriate for our times, he began his digital address by awkwardly taking off his face mask, mashing the microphone on his lapel in the process.

The cohort of students was graduating from the school of Oriental & African studies. Throw a stick in the room and you’d hit someone fluent in Swahili, Bahasa Indonesia or Mandarin.

As the dean waffled on – dear students, colleagues . . . four years of study together . . . experts in your field – my mind wandered.

There is often a certain amount of pomposity that comes with learning a foreign language. People will invariably use that quote where some chappie said that speaking multiple languages and cultures is like being multiple people (not in the schizophrenic sense, I assume) or that  speaking only one language means you understand no languages at all.

I have nothing against learning foreign languages and cultures; I’ve done a good deal of it myself. However, whilst sitting there I couldn’t help but think about the constant adulation of foreign cultures and the constant degradation of our own that takes place in Britain.

That wasn’t a concern here, with Russian flags decorating the stage and everyone standing for the national anthem at the end of the ceremony. Back in the UK, a similar scene would result in university counselling services overflowing within minutes of the ceremony’s end. Others would describe the scene as ‘literally fascist’ or something else drawn from the tedious mind of the perpetually outraged halfwit.

This disdain of one’s own culture that is so prevalent among the establishment and their unthinking lackeys is pernicious in the extreme. As it has become a trendy belief among the upper echelons, its poison drips down through society, training the easily led to adopt the fashionable contempt-tinged Pavlovian response upon hearing the word ‘British’. Only a small rump who see the value of promoting British cultural norms stand in defiance.

There are endless examples to show how critical this has now become. The most striking of late must be the dreaded NHS phone app, which has led to almost two million people being required to stay at home because they were, in the modern parlance, ‘pinged’. What makes this all the more galling is that it is entirely voluntary to download this personal imprisonment device.

A few years ago, if you were to ask people to download an app which would order them into house arrest every time they went near someone with a cold or flu, they would have rightly you to get stuffed. ‘Who do you think you are?’ would have surely come the response.

But now, in a Britain which is more and more deeply in love with authoritarian government after months of incessant scaremongering, the response is muted. There must surely be a link between this and the decades-long deriding of British culture, which once emphasised both individual liberty and a deeply held suspicion of positions of power, but which now meekly accepts all the brazen lies and insults thrown in its face.

In a Britain whose population knows less and less of its history and which has been told that the memories of a free, happy Albion are merely the products of sub-par minds yearning for a non-existent past, that the reaction to government overreach has been supplicant acquiescence should not be surprising.

There are signs that the old scepticism is still there, with thousands deleting the NHS app. But this minor revolt is over a year too late. Further tests remain up the road as the government will seek once more to impose its draconian and unnecessary measures on the populace. We have celebrated ‘freedom day’, but the odds of this ‘freedom’ surviving the next barrage of casedemic-induced hysteria remain slim. The residue of central diktat will stain our society permanently, hamstringing the freedoms until recently taken so for granted.

It has been clear for some time that the Britain we once knew was on life support. Covid-19 only hastened the decline. The only question that remains is whether there is enough heart in the old British lion to resist the continued power grab and elimination of our basic freedoms, or whether the once proud beast is already dead on the operating table. I fear we are already too late to save the patient.