NewsPaperthe art of publishing
HomeNewsIs the Foreign Office any better than the Pakistani mob?
0

Is the Foreign Office any better than the Pakistani mob? 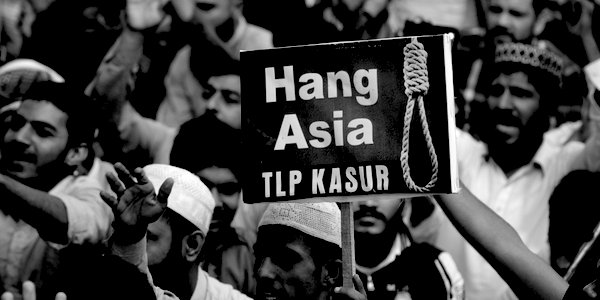 The Foreign Office is reportedly allowing British policy to be dictated by a mob of violent bigots in Pakistan.

It is hard to imagine a more worthy case for granting political asylum than that of Asia Bibi, a 53-year-old Christian Pakistani woman who despite being acquitted of false charges of blasphemy is still living in fear of her life.

Witness statements were found to be unreliable in the extreme. The imam who supported them in bringing the charge was found to have lied. Saiful Malook, Bibi’s lawyer, recounts the story of the judge who sentenced her to death having preserved the pen which he used to sign off the judgement as a source of pride.

In his findings, Supreme Court Justice Asif Khosa concluded that Bibi’s accusers ‘had no regard for the truth’, the allegation of blasphemy was a ‘concoction incarnate’ and that Bibi is ‘in the words of Shakespeare’s King Lear, “more sinned against than sinning”.’

Unfortunately, when the trumped-up charges of offending Islam’s prophet Muhammad were thrown out by Pakistan’s Supreme Court that was not the end of the matter.

There followed days of violent protest by hardline Muslim political parties outraged that they would not be allowed to bring about the death by hanging of an illiterate woman who had already suffered for eight years on Death Row. Cities were brought to a standstill, vehicles burned, credible threats were uttered, and Pakistan’s Christians stayed in their homes fearing to venture out.

Bibi’s lawyer Malook had to uproot his life and family and seek asylum in the Netherlands. Other lower-profile members of Bibi’s legal team such as Muhammad Aman Ullah, who has stayed in Pakistan, are fearful for their lives.

Initially Pakistan’s Prime Minister, Imran Khan, sent a clear message that the Supreme Court’s verdict had to be respected. Subsequently that stance was watered down as he tried to appease the mob. Eventually he found a ‘middle way’, an awkward compromise between giving in to the mob and upholding the rule of law.

As part of the deal to quieten the mob Imran Khan has allowed those desiring Bibi’s death to petition the court. They are determined that Bibi should die and Khan has given them another chance to have her hanged.

Her situation today is that, although acquitted, Asia Bibi is not free. She remains in protective custody at an undisclosed location within Pakistan. Her husband, Ashiq Masih, has appealed for help to Canada, Italy and the US. He has also naturally enough appealed to the UK, the once colonial power and head of the Commonwealth.

We may consider the reaction of Imran Khan in succumbing to the mob to be utterly contemptible. The British government’s response is worse; denying this woman sanctuary shows the most craven cowardice.

The UK high commissioner in Islamabad is reported to have warned that if asylum is granted he could not protect his staff. Presumably the Pakistani authorities were unable to guarantee the safety of the UK High Commission and its staff. It has since been confirmed that the FO urged the Home Office not to grant Asia Bibi political asylum in the UK out of fear for the safety of UK consular staff.

Dozens of MPs, including former Foreign Secretary Boris Johnson, have called for her and her family to be granted sanctuary in Britain. In a letter to Home Secretary Sajid Javid, Mr Johnson expressed disbelief that Britain could allow the fear of violence ‘to prevail’ over Bibi’s ‘overwhelming claim for compassion from the British government’.

He added: ‘I am well aware, as a former Foreign Secretary, of the constant threat to our overseas missions, but we cannot allow the threat of violence to deter us from doing the right thing.’

Tom Tugendhat, chair of the foreign affairs select committee, pressed the Permanent Under-Secretary of the Foreign Office, Sir Simon McDonald, as to whether the episode ‘does not raise the question that either staff should be withdrawn or security increased or otherwise UK policy is effectively dictated to by a mob?’

Tugendhat took the committee into a lengthy private session after Sir Simon said he did not wish to give evidence in public on such a sensitive issue.

Labour MP Mike Gapes said: ‘Given the clear inability of this new Pakistani government of Imran Khan to stop these mobs from intimidating and killing Christians in Pakistan, is it not time to reassess our relations with Pakistan? There are big concerns if religious minorities in Pakistan are not safe.’

We can be pretty confident that nothing of the kind will happen and that UK government will carry on sending aid to Pakistan (£463million in 2017).

In effect, the government of Pakistan has given in to mob rule. To its shame, the government of the United Kingdom has also succumbed to the threats of zealots and is refusing to give shelter to one of the most deserving cases imaginable.

In the meantime, jihadis who have taken up arms against the West are returning to Britain. Last year it was estimated that more than 425 Isis fighters had returned from Syria, many of whom have since disappeared from the oversight of the intelligence services.

Only ten per cent of returning jihadis have been prosecuted for their activities. We cannot assume that the other 90 per cent are innocent. They are British subjects who have supported Isis, an enemy of the British state. Yet they walk free in Britain whilst we cannot offer protection to a Christian woman persecuted by Muslim extremists.

Two days ago the Conservative Muslim Forum ‘unanimously voted to call on HM Government to offer asylum in the UK to Asia Bibi’.

Yesterday the CMF Executive unanimously voted to call upon HM Government to offer asylum in the UK to Asia Bibi who is in danger of being murdered by religious extremists in Pakistan.

They are prepared to face whatever consequences there might be to standing up to mob ‘justice’. They shame the Foreign Office.