Is the futures market crazy? You betcha! 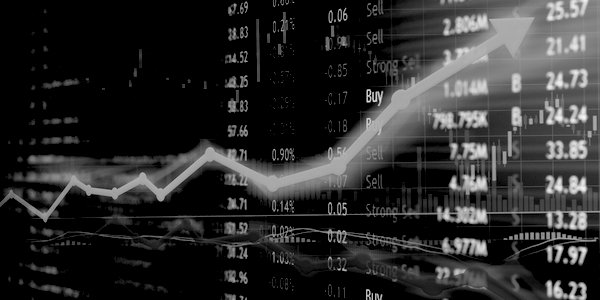 A farmer is anxious to be guaranteed a price for his grain crop to protect him against price fluctuations at the time of sale, so he agrees a price per ton with a grain merchant who will buy his crop for that price when it is ready.

He could lose out if the market price is higher when the crop is harvested, but equally he will be protected against the price being lower, so it is a sensible deal for him.

From the merchant’s point of view it also makes sense. At least he knows what price he is going to pay, and if the actual market price is higher, then he will make a profit.

But if it is lower he will make a loss, so the grain merchant decides to place a bet on what the actual price of grain will be at the point of delivery, and he bets on several lower prices that will recoup his loss should the delivery price be below what he has agreed to pay.

Just for good measure, he bets on some higher prices that will also provide a bonus should the delivery price be higher at the point of delivery. Either way he is going to win.

Then the traders with whom he has made these bets begin to protect themselves against losing their bets with him, so they make identical bets with others, so that their positions will also be protected.

Then another group of people get interested, and start to bet with each other as to which way the grain price will move against both the position the grain merchant has taken and also against the likely outcomes of the other bets.

To protect themselves, they of course also lay off their bets with other people who also do the same. Every bet is laid off and covered each and every way.

Then all the likely betting position results are packaged up (securitised) and sliced and diced into subsidiary packages, and sold to yet another layer of gamblers, who in turn protect their positions by spread betting.

The guys in spread betting then come up with a dodge to make betting with them even more attractive. They allow betting ‘on margin’. That is to say, if a punter has £100 to bet on a fluctuation result with them, they will ‘lend’ him another £900, so that his bet makes a much bigger profit if he is right and the price moves even a small way in the right direction. This leverage gives a big profit when the bet is won, so the winner now has even more money to bet with, and now to make himself safer he also starts to lay off his bets with this money, and of course the people with whom he has made his bets also make further bets of their own to protect their positions.

And so on and so on, and everybody is making or losing money, as the grain future price moves up and down in the market, driven to some extent by the real fluctuation of grain prices brought about by supply and demand for grain, but principally affected by the huge betting industry that has grown up around it.

Then one day, at harvest time, the farmer telephones the grain merchant to tell him that his crop is about to be harvested, and to ask where he would like it to be delivered.

‘Ah, yes,’ says the grain merchant. The grain. ‘Well, to tell you the truth, what with all the trades being made, and all the short and long positions being taken on the price of grain, and the excitement of the market every day, I must say I had completely forgotten about your crop.

‘Tell you what. Let me know how much I owe you for the stuff, and I will pay you right away. Then why don’t you just burn it or keep it or something. I’m too busy making money on the futures market right now.’

And that is about the size of it. The product doesn’t need to exist at all. The futures market is merely a casino where people bet on the outcomes of other people’s bets . . . but I can see that you have got the point of it now.

An unproductive exercise all round. Money made – or lost – to no purpose whatsoever. And this is considered to be a proper and legitimate industry.