NewsPaperthe art of publishing
HomeNewsIs the Navy ready for another Cod War? No
0

Is the Navy ready for another Cod War? No 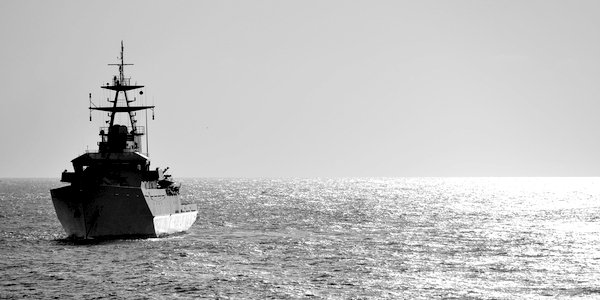 THE Prime Minister, belatedly and perhaps not sincerely, considers no deal with the EU a likely outcome and has told his government to prepare for it. Skipping (for now) the question of how in the name of all that’s holy any government department can fail to have a tested, resourced and disseminated plan for no deal – now a fortnight away – let’s have a look at who is going to be in the front line: the Royal Navy.

Given President Macron’s determination not to yield on fishing rights and the commendable cussedness of offshore fishermen in general and French ones in particular (in 1993 they boarded HMS Blazer, seized control and burned the White Ensign; the warship was returned to British control by French authorities after a few hours), can anyone doubt that at one minute past midnight on New Year’s Day French trawlers will be fishing in what have just become British waters?  So, the question is what are we going to do about it?

Option one, and the default response of successive governments of all hues, is ‘Do nothing’. I suspect this time that will come with a political cost. Option two is whine – although to whom is an interesting question. Option three is the lawful one of impounding the boat(s) and/or cutting their nets. This was the approach taken by Iceland in the various Cod Wars and it was partially effective. There were scores of ramming incidents and shots were fired by Icelandic warships at British frigates and fishing boats.

Now, like their 1970s forerunners, modern warships are not built for ramming (in the 1970 Cod Wars the Navy modified old frigates to be better able to cope, but many ended up in dock having their bows straightened). Nor are they plentiful – the Navy has just six destroyers, 13 frigates (in the 1970s it deployed more than three times that number of frigates in the Cod Wars alone), seven offshore patrol vessels, 13 mine-hunters and some 18 small patrol boats. Not all of these are serviceable or in British waters. So again, what can the Navy do to enforce British sovereignty?

Net-cutting is viable, though it places two vessels in very close proximity at high speed. Collision risks (intentional or otherwise) are high. Boarding is straightforward in good weather if the target vessel co-operates. Neither of these preconditions is likely in the English Channel in the early hours of January 1, 2021. Which leaves firing on the offending trawler with anything from a machine gun to the 4.5inch gun that they all carry (with some intermediate capabilities). The former could wound or kill the crew (it’s hard to be accurate with a machine gun at night on a rough sea), the latter would sink the trawler.

Of course, if Macron means it, he may just have some French warships on hand as well, adding the possibility of two Nato navies firing on each other. It may seem unlikely, but stranger things have happened – the War of Jenkins’ Ear (England v Spain, 1739 to 1748) started in similar circumstances. With feelings running high (stoked by two leaders who are stronger on bluff and bluster than mastery of detail and realism), a dark and stormy night and credibility on the line, there are powerful forces of irrationality in play.

The secret to avoiding such a confrontation and to minimising the chance of escalation is comprehensive contingency planning and preparation. Oh dear.