NewsPaperthe art of publishing
HomeNewsIs the Turin Shroud a fake? We don’t need to know
176

Is the Turin Shroud a fake? We don’t need to know 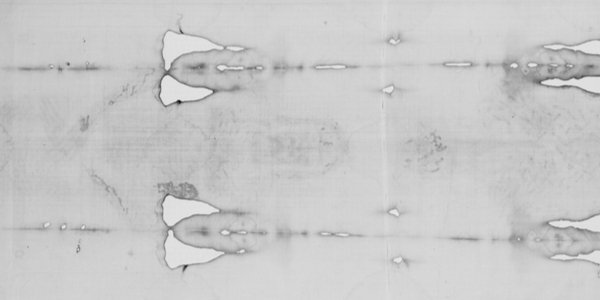 NEW investigations suggest that the Turin Shroud, the cloth which many Christians believe to have wrapped the body of Christ, may be genuine. This tentative conclusion by some Italian scientists contradicts forensic trials of the 1980s which declared the shroud to be a medieval fake. The latest researchers say that the shroud’s image of a bearded man must have been created by ‘some form of electromagnetic energy such as a flash of light at short wavelength’. Could the marks on the shroud then be the very imprint of Christ’s miraculous resurrection? I don’t think we can ever know for certain. And I don’t think it matters.

When pressed to give his judgment on the shroud’s authenticity, the then Pope, Benedict XVI, never went further than to affirm that it can be a strengthening of the faith of those who already believe. It is, he said, ‘an image which reminds us always of Christ’s suffering’. And this is surely right. To make this problematic piece of cloth the criterion for belief in the resurrection is to be guilty of the same mixture of crass literalism and the misapplication of forensic science as that found in Richard Dawkins’s declaration that if God exists we should be able to detect him with our telescopes.

It is an unsatisfactory faith which insists upon forensic proofs. Suppose for a moment that today’s scholarly consensus is that the shroud is genuine. Do we all become devout believers? And must we then give up that belief if tomorrow there is published a purportedly conclusive report to demonstrate that it is a medieval forgery?

In truth, the millions of pilgrims who make the journey to see the shroud in its climate-controlled case in Turin Cathedral do so not in the hope of some irrefutable proof of Christ’s resurrection. Why bother to make the visit then? The answer is because they are pilgrims. And a pilgrim is one who believes before he sets forth on his pilgrimage. The pilgrim does not make his trek and his visit in search of scientific evidence and the empirical proof of his faith. The whole point of his journey is precisely that faith is his original motivation.

The devout visit the shroud, or the Church of the Holy Sepulchre, or Mecca, because this object, this building or this place is regarded as holy. Holiness is not a property which can be evidenced by even the most hi-tech physical examination. Holiness is a quality which is apprehended in the soul of the faithful believer. It involves what Samuel Coleridge called ‘the willed suspension of disbelief’. It is about reverence, submission before the holy object – even about fear and trembling.

Our materialistic age does not take readily to the idea of the holy. We inhabit instead a secular fundamentalism which rules out spiritual apprehensions as things belonging to a primitive era, to things we have outgrown. This materialistic literal-mindedness was at its strongest at the 18th century Enlightenment and it took the Romantic poets to remind us that there are such things as spiritual presences. Think of Wordsworth and The Prelude in which he describes his terror as he sat on the lake in his little boat and the great cliff loomed out of the darkness.

All this has deep theological roots. Since God made the world and became incarnate in it in his Son at Christmas, spiritual truths are forever necessarily bound up with material things. Think of Jacob following his wrestling match with God: ‘How dreadful is this place. It is the very house of God and gate of heaven.’ Or Moses before the burning bush: ‘Put off thy shoes from off thy feet, for the ground whereon thou standest is holy ground.’

We are not disembodied minds subsisting on a diet of facts and evidence. We are flesh and blood, body, parts and passions. That is why we crave closeness to physical things and presences. Even our secular modernity craves close association with tangible things – especially at times of crisis and emotional upheaval. I can see now the crowds who processed past the lying in state of the Queen Mother or Winston Churchill, those many thousands who placed flowers outside Kensington Palace after the death of Princess Diana. And those who express their grief and hope to assuage their sorrow by making little roadside shrines to mark the place where a friend or member of the family was killed.

We should not undervalue physical things. Some religious people tend to be so spiritually minded that they become semi-detached from the world of the here and now. Jesus Christ did not say that physical things are insignificant. He fed the multitude with loaves and fishes. He gave the wedding couple at Cana gallons of wine. When he restored sight to a blind man, he did it with his spittle. And his last and greatest commandment was to take bread and wine and say: ‘This is my Body . . . this is my Blood.’

It is all the consequence of this happy revelation of how our redemption began: ‘And the Word was made flesh and dwelt among us. And we beheld his glory, the glory as of the only begotten of the Father, full of grace and truth.’