NewsPaperthe art of publishing
HomeCOVID-19Is this the end of freedom?
303

Is this the end of freedom?

FROM the introduction of the first lockdown on March 23, 2020, we have experienced an incredible erosion of personal freedoms and the unashamed ignorance of them by the Government and Parliament as a whole.

The excuse given to enable such actions is that of the ‘health crisis’ caused by the suspicious outbreak of the virus SARS-CoV-2, causing the Covid-19 pandemic, the outcome being the need for ‘emergency powers’. Which raises the question – what point is there in having an electorate if you can just make them do what you want them to do?

The line then becomes very blurred as to what is a law and what is an order. What then is the need for ‘the rule of law’ and laws in general, if the Government can frivolously override them or manufacture them to suit its needs?

One only needs to take examples from the past, such as the Soviet Union and present-day China, to see where the dismissal-prohibition of these cherished concepts leads.

I wonder with horror what the precedents that have now been set will ultimately lead to. After all, we are a society built on precedents, which once set are near impossible to undo. This is why in the past there was great care not to pass laws flippantly, for fear they could cause disastrous damage to society.

It is self-evident that there is no liberty without personal agency. When governments install policies to coerce and pressure those who refuse to blindly follow the wishes of the state, those who speak out find themselves the victims of cancel culture – being un-personed in such a way as to make an example to the rest of the population. And thus we all become non-persons.

This is repression, plain and simple, where fear of reprisal for disobeying orders posing as laws becomes internalised, making us habitually fearful of the consequences.

So what might happen if we are made to take these woefully unethically ‘trialled’ vaccines against our will, and what would happen should we refuse?

Like most totalitarian states, it is very probable that all we own will be seized. The powers that be will not need to hold you down with burly orderlies to jab you with the vaccine. No, they can squeeze you effortlessly by ordering your bank (a state organ) to seize your finances, locking you out of your accounts until you comply. The idea is to starve you until you break, a form of torture. All justified of course, for your own good and that of the greater public.

There will be citizen watchdogs wearing their vaccinated status as a social badge of honour, encouraged to denounce their fellow citizens – a tactic oft used by the totalitarian state.

Your friends, family, and neighbours will be urged or coerced to report on you, perhaps even rewarded for doing so. The outside of your home will be vandalised with messages labelling you a ‘nonconformist’ or ‘an enemy of the people’, leading to state-permitted mob violence against you.

Meanwhile, the Government can dismiss its influence on such outrages, saying that while it strongly disagrees with violence, nonconformists, would save themselves a lot of trouble if they just complied.

If the Government can ride roughshod over your liberty with paltry, if any, scrutiny by those whose job it is to hold it to account, what hope do we have? What can stop this and successive governments turning the screws on us all?

The script from the beginning of this affair has framed the virus as an enemy to fight and defend against, in order to ‘keep us safe’ and to ‘preserve our way of life’.

But our way of life has not been preserved! From the outset, slogans such as ‘the new normal’ seem to have been the intent all along. It has become apparent that a return to what we once knew is being irreversibly lost.

Once more we are seeing in our time the sinister attempt to reach the ‘end of history’ that socialists of all brands have been demanding. All this under the guise of keeping us safe. Which reminds me of other slogans … 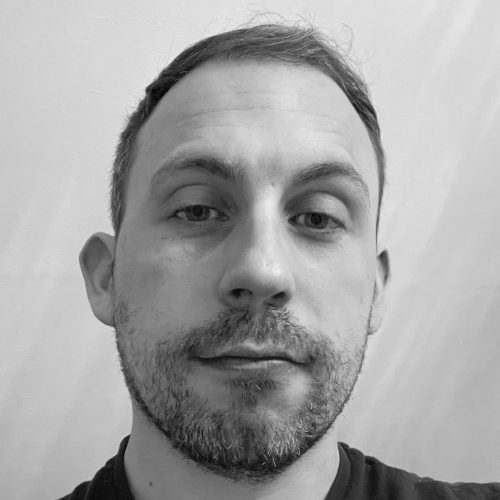 Sean Jones
Sean Jones is an amateur writer interested in economic, social, and political matters, particularly those pertaining to the UK and the Anglosphere. In his spare time, he enjoys enjoy reading history and Austrian economics.