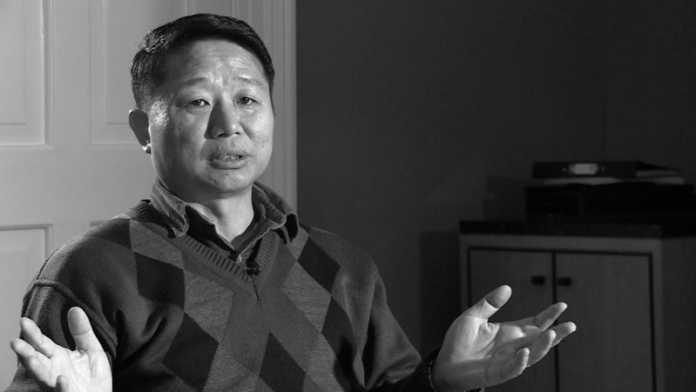 ‘Oh, East is East and West is West and never the twain shall meet.’ We can only guess what Rudyard Kipling might have said had he been served a dish where East and West have met. I’m thinking of Britain’s national dish – chicken tikka masala. And yet in many aspects Kipling was right. Take music, for instance.

Western music is polyphonic. Notes when sounded together form chords. Indian music is monophonic. A note exists in isolation. It cannot live in harmony with other notes. Indian music can conceive only of soloists, not an orchestra.

Equally, Eastern religions have no model of chaplaincy, particularly as it is understood and practised in Western prisons, universities, hospitals, schools and the armed forces. Chaplaincy is a distinctively Christian institution having its roots in the Christian understanding of a religious leader as pastor or shepherd.

I served as Chaplain to the Oakington Detention Centre while a doctoral student at Cambridge University. Later, I served as Co-ordinating Chaplain to Greenwich University, working with five chaplains, including a Roman Catholic and a Free Church chaplain. We operated in tandem with professional counsellors who were either agnostic or atheist. I strongly resisted the pressure to turn my department into a ‘multifaith’ chaplaincy.

Multifaith chaplaincy is a pious fiction. It forces other religions to accept pastoral care as the job description of their clergy. The job of a Hindu poojari is to conduct ceremonies. A Muslim imam leads prayer. Any Muslim well versed in the Koran can perform this role. The ulema are scholars; mullahs are mosque leaders. No Muslim, Sikh or Buddhist looks to his or her religious leader for pastoral care.

My university stressed that chaplains were to play a pastoral, not religious, role. Chaplains do conduct Bible studies and Eucharistic services, but the religious bits are optional. However if the institution expects its chaplains to be pastors, only Christian ministers can effectively offer this service, because only Christian ministers spend years training in pastoral care and are called to this ministry.

University students and staff of all faiths and none approached us because they knew we would care for them unconditionally. Muslim girls came to me for pastoral care when they were pregnant out of wedlock. ‘Why don’t you go to the imam?’ I would ask. ‘My imam will kill me if he even comes to know that I had sex outside marriage,’ my students would reply.

Multifaith chaplaincy is also a humbug because in most cases it is a euphemism for Islamic chaplaincy. The nature of most religions does not require mid-week corporate prayer. You don’t have Hindus in universities or Jews in prisons demanding prayer rooms. Christian chaplains tell horror stories of how the multifaith prayer room in many institutions suddenly turns into a Muslim prayer room where crosses and Bibles are banned and Christians are excluded following the Islamic takeover of sacred space.

When you take a monophonic Indian raga and try to twist it into a polyphonic symphony you get the musical version of chicken tikka masala – a vindaloo for drunken hooligans on a Friday night. The menu gets worse when you throw in chilli-hot Islam. The chilli overpowers the other flavours and you rush to the nearest fire hydrant to douse the flames of Islamic supremacy.

The Islamic conquest of prison chaplaincy is unfolding in Brixton prison, where the post of senior chaplain has been appropriated by Imam Mohammed Yusuf Ahmed, who took over in 2015. Ahmed has now driven out Christian chaplain Paul Song, who served there for 20 years.

Song moved to the UK from South Korea and began serving at HMP Brixton in 1998. He started offering courses such as Alpha and Just 10 with the permission of the former senior chaplain, Rev’d Phillip Chadder. Around 70 prisoners signed up for each course, with many more on waiting lists. Many prisoners became Christians and had their lives transformed. However, there was a sea change when Imam Ahmed arrived in 2015 and was appointed Senior Chaplain.

‘Imam Mohammed’s discriminatory agenda was clear from the outset,’ says Song. ‘He began scrutinising the material for each of our courses, commenting that the material was “too radical”, and that the Christian views expressed were “extreme”.’

Ironically, conservative Christians dismiss the Alpha course as wishy-washy, while liberals sneer at it as ‘the gospel according to Gumbel’! Nicky Gumbel, who popularised the course worldwide, is vicar of Holy Trinity, Brompton. Alpha is currently running in more than 800 prisons in 55 countries, and last year 45,000 inmates attended an Alpha course.

The Just 10 course is the brainchild of Canon J John, a highly respected preacher, and is simply the Ten Commandments re-imagined for today. Prisoners who attend Just 10 take a fresh look at the commandments. They are taught to ‘Manage your anger’ (Thou shalt not kill), ‘Affair-proof your relationships’ (Thou shalt not commit adultery) and ‘Prosper with a clear conscience’ (Thou shalt not steal). This ‘extreme’ and ‘too radical’ stuff, one would imagine, would help the inmates more than giving them instruction in jihad and hating the bloody kuffar!

If Pastor Song has been booted out of Brixton Prison for radicalism, why have the authorities told him that ‘the exclusion applies solely to Brixton and there is no objection to you being deployed in other HMPPS [Her Majesty’s Prison & Probation Service] locations’? Imam Ahmed also claims that a prisoner and prison officer complained against Song about a conversation he had with a Muslim prisoner. This is what Song said: ‘Christianity and Islam are different. Jesus gives life abundantly (John 10:10), but Islam doesn’t give life. Jesus gives life.’ Boom! With these words Song brought the prison crashing down, like Samson brought the temple down on the Philistines!

Peter Levy, convicted of burglary, describes Pastor Song as ‘very genuine and gentle’. He said: ‘I have been off drugs over 2 years, and I am crime free . . . My life has changed completely, and I am so grateful for all the support Paul has given me, from inside prison, to up to this day. The turnaround would not have been possible without him.’

Apart from the issue of free speech and the right of a Christian chaplain to explain and defend his faith, Imam Ahmed’s appointment to a senior position is itself a matter of concern. Anglican prison chaplains are the only clergy whose basic duties are prescribed in law. The Prison Act (1952), section 7(4), requires that ‘The chaplain and any assistant chaplain shall be a clergyman of the Church of England.’ The post of Chaplain General is still filled by an Anglican priest. One of the twenty-six bishops who sit in the House of Lords is designated Bishop to Prisons.

‘The statutory presence of the Church of England in prisons should give it a voice on issues of imprisonment, but it remains largely silent,’ writes Dr Peter Phillips on the London School of Economics and Political Science blog. Not surprisingly, we haven’t heard a peep out of the Bishop for Prisons, James Langstaff, in defence of a chaplain who was simply doing his job.

Kipling would rightly be appalled. In his poem Recessional, composed for Queen Victoria’s Diamond Jubilee in 1897, he pleads with us not to forget how fleeting is our political power if we forget the God of our fathers. Every Remembrance Sunday, I get my congregation to sing this as a hymn (even though it is deemed politically incorrect).

If, drunk with sight of power, we loose

Wild tongues that have not Thee in awe,

Such boastings as the Gentiles use,

Or lesser breeds without the Law –

Lord God of Hosts, be with us yet,