NewsPaperthe art of publishing
HomeCOVID-19Israel has surrendered to the vaccine mob – and for what?
187

Israel has surrendered to the vaccine mob – and for what? 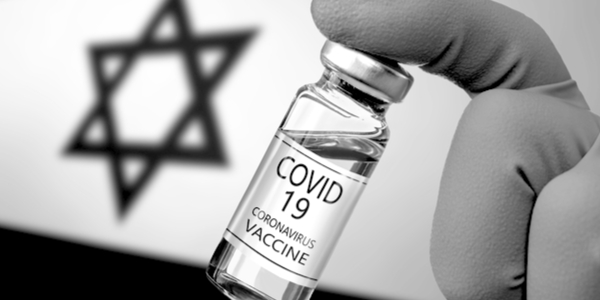 A FRIEND recently returned from Israel. She told me of a compliant population, still terrified of catching Covid-19, with masks being worn everywhere and the unvaccinated forced to take PCR tests each time they want to visit a shop.

Israel is now a litmus test for governments keen to push authoritarian lockdowns and mandatory vaccinations, despite the fact that neither is effective in controlling a virus.

Israel has a population of just over 9.3million. Only one million Israelis who are eligible for their double dose of Pfizer vaccine haven’t taken them yet, making the country one of the most highly vaccinated places in the world. It’s interesting to compare it with Belarus, which has a similar population. Belarus has vaccinated 25 per cent of its 9.5million citizens; 4,679 have died from Covid-19. There has been a 90 per cent uptake of the vaccine in Israel, yet 8,109 have died from the virus, almost double the mortality rate of Belarus.

So far, Israeli children under 12 years old haven’t been vaccinated but this may soon change. The Israeli government recently live streamed a debate with its Coronavirus Pandemic Response Team on vaccinating children aged between five and 11 years old.

Just as concerning is that last month the Israeli government made it a requirement for Israelis to get a third shot to retain their infamous green passes. So far, a third of the Israeli population has received the booster shot.

Despite being championed as a success story by the MSM, Pfizer and various governments, Israel’s vaccination drive has been anything but. Data from the UK shows that the Covid-19 vaccine has failed to reduce transmission. Israel now has more cases of Covid-19 per million than any other country, despite most of the country being vaccinated twice.

Yet the Israeli government is going full steam ahead making booster shots mandatory. Its justification for this new vaccination campaign is based on the findings of a recent study on booster shots conducted by Israeli researchers, and published in the New England Journal of Medicine (NEJM) in September. The researchers claim that since the third jab campaign began new infections rates declined among the elderly. Out of the 703 serious cases, 70 per cent were unvaccinated and another 20 per cent hadn’t yet had their boosters (although they had their double dose of the Pfizer vaccine). They insist that booster shots increase protection for a ‘few weeks’ amongst the elderly. Based on this study, Israel has authorised the third shot for all over-12s, and ministers are thinking about a fourth dose.

But there are major flaws in the NEJM data analysis. One of the most glaring failures is that the researchers omitted the data showing what happens in the first 12 days after a booster shot is given.

I asked Norman Fenton, Professor of Risk Information Management at Queen Mary University, and a mathematician and specialist in probabilities and statistics, to explain why this is so troublesome.

He told me: ‘There are fundamental weaknesses in the study. The first is that they are ignoring the data for the first 12 days after the booster. The first 12 days are when people often get infected and also may become seriously ill. They are suppressing the number of illnesses and infections arising in that first 12 days. The first 12 days after a vaccine normally results in a rise in infection and illness. But this is being censored out as well as the potential long-term side effects of the vaccine. There is a concern about the physiology as well. This is not a controversial statement, for example a person getting the flu vaccine can often get (mildly) ill in the first few days after receiving this. While the study is leaving out cases of infection and serious illness among those given the booster in the first 12 days, infections and illness among the non-boosted are being included.’

Professor Fenton noted that there is a second flaw in the study but that the data hasn’t been adjusted to accommodate this:

‘They talk about different behavioural changes between people given the booster and those not boosted. For example, once a person is vaccinated they could behave less cautiously when it comes to protecting themselves against catching the virus. They mention that people are more likely to get PCR tests if not vaccinated/boosted.’

The study showed that an unvaccinated person was about 12 times more likely to get a PCR test than a vaccinated person, most likely because the unvaccinated are forced to take PCR tests to go to work or shopping. As Professor Fenton points out in his blog on this subject, a lack of adjustment for different testing protocols for the vaccinated and unvaccinated undermines the validity of the findings. Similar thinking can be applied to the NEJM article.

The PCR tests also create a pandemic of false positives. Professor Fenton explains the consequences of this:

‘Most people who get a PCR test are asymptomatic and many of those testing positive will be false positives. But these are recorded as “confirmed cases” even though they are neither ill nor have the virus. Hence, it is possible that a lot of those in the non-booster group classified as confirmed cases are simply those with PCR tests with false positive results.’

Which means they don’t have Covid-19. Worryingly, if a person goes into hospital with a false positive PCR test and then dies, they are registered as dying from Covid, even if they did not. This adds to the falsification of data.

‘Data in the graphs suggests that there may be some corruption. For example, until August, the graphs in most age categories indicate no difference in case rates between the double-vaccinated and the unvaccinated. Recent data published by Public Health England shows similar patterns; yet the booster is suddenly assigned magical properties whereby the case rates for the double-vaccinated (without the booster) drastically improve compared with the unvaccinated.’

This is most obvious in the failure of the Covid-19 vaccine to protect people from the Delta variant. The booster shot is being touted as the cure for this, based on dodgy data. Professor Fenton concludes that ‘there is no convincing data in the study to justify booster shots and there are problems in the study’.

The controversy over the NEJM study hasn’t gone unnoticed in Israel. Kickback against mandatory vaccines is gathering momentum. As I wrote in April, concerned Israelis have taken to the streets to protest mandatory vaccinations. Since then, an Israeli website called the Vax Testimonies has been set up to monitor the side effects of the vaccine not covered by the MSM. Founded in December 2020, the Israeli Public Emergency Council for Covid-19 Crisis, critical of lockdowns and coerced vaccinations, is gaining prominence. The Council consists of experts in areas such as public health, internal medicine, ethics, immunology, epidemiology and emergency and disaster planning.

But will all this be enough to change the narrative and government policy? The Israeli government is ignoring expert critiques of the flawed NEJM study and is rushing to implement a third and possible fourth booster shot to its population in a campaign based on dodgy data.

Despite Covid-19 being heralded by politicians and MSM as the most fatal disease since the Black Death, just over five million people are reported to have died from it out of a global population of seven billion. That is less than 0.1 per cent. Yet, sadly, Israel has surrendered to the vaccine mob.