NewsPaperthe art of publishing
HomeNewsItaly shuts down in style
0

Italy shuts down in style 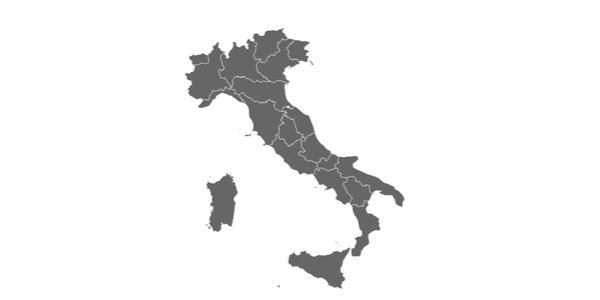 ITALY is in lockdown because of the coronavirus. Leaving one’s home is permissible for shopping and for using refuse bins but for little else. It being Italy, though, there are always exceptions.

I recall walking through the pedestrianised centre of Rome a while ago and being regularly confronted by fast-moving cars. My Roman friend explained that the drivers were ‘exceptions’ to the pedestrians-only rule; indeed, she added, everyone in Italy sees themselves as an exception to the rules, including the government when it is negotiating with Brussels.

Anarchic as this can be, I have developed a grudging admiration for the healthy disrespect shown by many Italians for certain aspects of authoritarian government.

During the current shutdown, for example, an exception to the coronavirus version of ‘house arrest’ applies to those needing to walk their dog in order for the pet to do its business. One local authority, however, has had to declare that walking a dog is acceptable only if the animal is alive! It seems that some Italians have been walking synthetic dogs on wheels or cuddly toys. Bending the rules in this way is much admired in Italy and they even have a word for it – furbo.

What a wonderful country it is, and what a great time this would be to visit. Il bel paese (the beautiful country) is tourist-free. The canals of Venice are so rid of pollutants that fish are clearly visible. Cruise ships have disappeared and the Death in Venice atmosphere is real. An air of decay, disease and doom mixed with alluring beauty is about as Venetian as it gets.

This was, indeed, the city that invented the very word quarantine – quaranta giorni (forty days) – to describe the isolation of ships arriving at the city during the Black Death of the 14th century. It did not work, of course. Between a third and two-thirds of Europe’s population succumbed.

This, then, is truly a time to visit the city, to don a set of headphones and to listen to Mahler’s Fifth – the soundtrack to part of Visconti’s film version of the Thomas Mann story. It, too, takes place against a background of contagious disease.

No matter how grim the situation, the Italians have a tendency to handle life in style. Which other people would invent a musical defiance of the coronavirus? As most of the world wrings its collective hands in panic, up pops the Italian response – songful contempt for the virus invader in their midst, this invading Hannibal of diseases.

Appropriate, then, that it has been the stirring national anthem, Il Canto degli Italiani (The Song of the Italians) that has mostly been resounding from the windows and balconies. The anthem celebrates the great Roman general, Scipio Africanus, who brought about the eventual defeat of Hannibal.

Mad, maybe, but marvellous, too! Yes, by raising morale, songs can help to win a war, even a war on disease. This was once also understood by us Brits and a few news items indicate that, because of Italy’s example, we may be recovering it. For too long, singing our national anthem has been the preserve of football crowds. Singing it from a street window will bring derision or, more likely, the charge of a committing a hate crime.