Italy’s budget crisis will make Brexit look like a sideshow 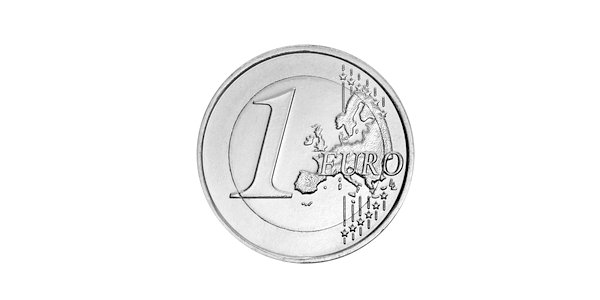 Is there any European news other than Brexit that is worth reporting? Brexit! Brexit! Brexit! It has cast a magic spell over our media outlets and blinded us all to the EU story that really matters. An informed source at Bloomberg was pointing this out several months ago:

Italy isn’t going to leave the European Union. That’s what makes it so dangerous . . . the political foundations for further integration [fiscal and financial] aren’t in place, and the foundations of what’s already there look increasingly suspect. Brexit isn’t going to bring the structure down. Italy just might.

Does sorcery explain the closed minds and short-sightedness of ‘expert’ opinion from within the UK? Can one detect a manic gleam in the eyes of TV interviewers besieging Downing Street? Why, Channel 4 News even managed to conjure up banner-waving spirits to stifle free debate on the lawns opposite Parliament. Were they chanting an incantation?

Dementors, those dark dispensers of depression from Azkaban in the parallel universe of Harry Potter, have taken over. What success they are having! Doom, gloom and despair stalk the land. And it is too often being chronicled by commentators schooled in the Rita Skeeter school of journalism.

The British media seem not to realise this but the Brussels bureaucrats most certainly do. Brexit will soon be a sideshow as the main circus act rolls into town – the Italian budget row.

This has slipped under the radar of most UK commentators. The mood music is being set by the German economy and by the European Central Bank (ECB). The former contracted by 0.2 per cent during the last quarter. Ours grew by 0.6 per cent. Meanwhile, the ECB’s stimulus package of so-called quantitative easing, in effect ‘money printing’, is about to end. It was a short-term ‘fix’ that has given a temporary lift to the EU economy. As any drug addict can vouch, the problem with one fix is that it soon leaves you needing another. To understand where that leads one need look no further than the performance of the Reichsbank under the Weimar Republic.

The moribund Italian economy is a case in point. It has become reliant on the ECB’s purchase of its government bonds. What will happen when this begins to end next month is almost as fraught with difficulties as the ECB changing course and buying the bonds after all. This will only encourage Italy to continue in its determination to run a budget deficit it cannot afford and which flouts EU rules. For the first time an EU member is saying ‘no’ to EU budget rules. This is the eurozone’s OK Corral moment but this time there will be no winners.

The EU is on course to hit the rocks and it is in the UK’s best interests to separate itself. Warnings about medical supplies not getting through unless we sign up to May’s surrender deal are the equivalent of death threats to keep us tied to the EU. Brussels knows that an economic and political downturn is coming; perhaps worse. Wherever you look there are problems – economic, political, social, environmental and more. Brussels does not want to allow the UK an escape route and is using the Northern Ireland border issue as its most effective lever of power. At all costs we must be made to share the burden of EU failure that is not so far around the corner.

When the dust settles it will surely be seen that the UK has to choose between freedom, which will likely entail some short-term hits to our economy, and vassalage, which will place us in short-term economic comfort at the price of losing our sovereignty for ever. That is the choice on offer. Escape or entrapment? If the EU wishes to impose a hard border on Northern Ireland, let it force that on the Republic.

It is time for ‘remainers’ to throw off the romantic and spellbound awe with which they view the European Union. Take a closer look at what is going on in Europe. It is failing and incapable of reform. Friendship? Yes. Fealty? No!