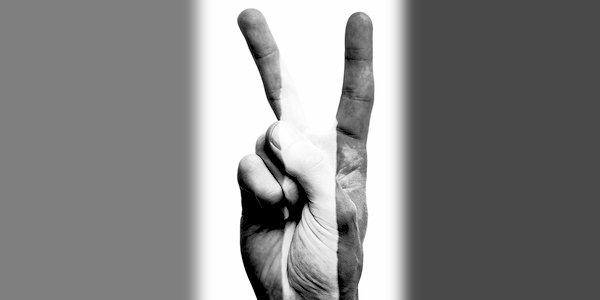 Ever heard of Manfred Weber? A young Bavarian politician and leader of the European Parliament’s largest grouping, the European People’s Party (EPP), Manfred is a prime mover and shaker in the battle for the future of Europe. EPP members constitute almost half (13/27) of the European Commission and provide almost a third (9/28) of the European Council. The party boasts of having ‘pioneered the European project from its inception’.

Manfred was especially instrumental in torpedoing David Cameron’s attempt to extract concessions from the EU prior to the UK’s referendum on Brexit. ‘The EU is based on an ever-closer union of European peoples. That is set out in the treaties. It is not negotiable for us . . . We cannot sell the soul of Europe,’ he told the German newspaper Frankfurter Allgemeine Sonntagszeitung at the time.

The battle for the soul of Europe has now crossed the Alps to Italy. A new government of populist, Euro-sceptic Right, in the form of the League under Matteo Salvini, has agreed coalition terms with the populist Euro-sceptic ‘sort of’ Left-wing Five Star Movement (M5S) founded by comedian Beppe Grillo and now headed by Luigi di Maio. A strange brew, indeed, as even those who are well-versed in Italy’s political shenanigans recognise.

This is a nightmare for Manfred Weber and like-minded europhiles. In essence, the Italians have put two fingers up to Brussels and voted for the good life and an easy time. The new government’s cunning plan is to lower the state pension age and raise pension benefits. At the same time, and in accordance with the League’s electoral promise, taxes are to be reduced to a flat rate of 20 per cent for high earners and companies and 15 per cent for everyone else.

Meanwhile, Five Star’s electoral promise of a basic monthly income of 780 euros for unemployed Italians is to be implemented. Unsurprisingly, this went down well in the south of the country where unemployment is endemic. Within hours of the election results being declared, it was reported that queues of claimants were forming outside town halls in southern cities. This, of course, cannot have been true since Italians do not form queues.

So, earlier retirement, bigger pensions, lower taxes and guaranteed unearned monthly wages – what’s not to like? Some Italians may be a little nervous about a mooted entente with Russia, but who has Britain turned to in the past when Germany or France threatened?

Barmy it may be, but if you want to see stylish resistance to Brussels, visit Italy. It knows how to throw down the gauntlet and, indeed, how to fence.

Manfred, of course, is not happy with Italy’s political crazy gang taking power: ‘You are playing with fire because Italy is heavily indebted . . . irrational or populist actions could cause a new eurozone crisis.’ He appealed to them ‘to stay within the confines of reason’.

Our timid UK government could learn something from the League’s response. Its spokesman, Mario Bizzotto, told Manfred Weber that he should ‘mind his own bloody business, the Italians are tired of taking orders from Brussels and Berlin . . . Let Weber put his mind at ease: the time when Merkel and her proconsuls in Brussels set up and knocked down Italian governments according to the interests of Germans and their banks is over’.

He added: ‘The League-M5S government will act in the interests of the Italians, not of the Germans . . . It’s Weber who’s playing with fire.’

What next? The new Italian government has to find a prime minister – it will be an unelected technocrat, of course, since neither party will admit the other party’s candidate. When the name Conte popped up I wondered if it was Chelsea’s FA Cup-winning Italian manager. After all, the Italian soccer team has an unrivalled record against Germany in competitive matches.

Manfred Weber beware: taking on the governments of Greece and of the UK is one thing but taking on Italy’s political crazy gang is going to be something completely different.