It’ll all end in tiers 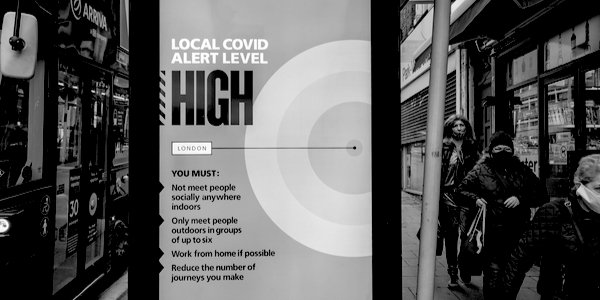 VIRUSES can mutate. So can tiers, apparently. Initially given a paltry three tiers, we have now been dished up a fourth by our generous government – a tier which promises to do for Christmas what Little Boy and Fat Man did for Imperial Japan.

Indeed, there is some genius to the design of tiers. Being the opposite of what one may expect – which would have Tier 1 indicating the toughest measures – the government and its Sage puppetmasters are free to innovate with forever higher levels of restrictions.

History has shown our government to be particularly creative. First we had lockdown. Then we had circuit-breakers. Then we had another lockdown. And then, in a ‘concession’ (you’re too kind, Mr Prime Minister) we were introduced to our now familiar companion: the tier.

With a mutant virus spreading throughout the South of England – effects are rumoured to include people sprouting third eyes, limbs falling off, developing a taste for line dancing – we can all agree that such a move is fully justified.

To keep us safe, the government, I posit, must continue with this tier innovation. I have some suggestions for what kind of measures could be implemented to keep everyone safe, for ever.

Tier 5: Also known as the ‘Full Wuhan’. At this level, doors to  homes are barricaded shut. To ensure the nation’s food supply is not threatened, the compulsory consumption of household pets is mandated. This will be a temporary measure, intended to last two weeks.

Tier 666: The virus continues to spread: the transmission of the virus is now pinned on urban foxes and a dangerous access to websites such as The Conservative Woman. To combat this, all communications are shut off. Hancock’s ‘Daily Message of Despair’ is to be broadcast at 6pm each evening. Anyone found roaming the streets is to be summarily executed, with their bodies delivered as a peace offering to appease the gods of Our NHS.

Tier Defcon Whitty: Planned to be rolled out in the summer of 2032 after over 12 years of lockdown. It is expected to last for a maximum of three weeks. As the virus rages out of control, Covid Cure Teams go from home to home, liquidating, in a Covid-secure manner, those whom an on-the-spot test proves positive. Those who test negative are placed in iron lungs for their own safety, being released for thirty minutes per day. Waitrose will deliver food by drone.

Tier Full-Johnson: This is perhaps the highest tier possible. When implemented, a sombrero-wearing Al Johnson will personally arrive at your house with his dead-eyed henchmen Whitty, Van-Tam and Hancock. As Whitty and Van-Tam perform Haitian voodoo rituals to rid you of Covid demons, Hancock gazes into your eyes with a cold, deathly stare. He pulls a large syringe from his bag, which is emblazoned with a skull and crossbones. Your fate is sealed. As the warm embrace of death overtakes you – thank God, finally free from the risk of Covid – Al Johnson attempts to seduce your wife.

After all these measures are implemented I am convinced that we will finally be safe from Covid-19. From that moment on, we can all live our lives and fully enjoy the New Normal. See you on the other side.