It’s a jungle out there in Allotment Land 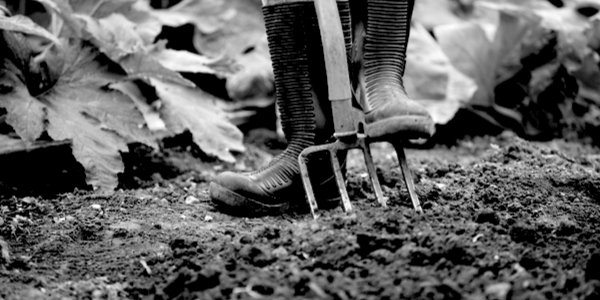 I’VE been following the sorry saga of the North London couple who have so far spent £110,000 on legal fees in a dispute over their allotment.

Elsie Price, 71, and her husband Wayne Armsby, 70, have fallen foul of the landowners and their fellow growers for allegedly turning their plot, just behind their house, into an extension of their garden instead of cultivating it. They’re facing eviction but are determined to fight on, despite using up their savings and pensions on lawyers.

Whatever the ins and outs of the case, I can well understand their desire not to lose the plot.

My wife and I had a council allotment for five years before reluctantly relinquishing it a few summers ago because we could no longer give it the attention it needed.

Like many others, we’d long relished the idea of getting an allotment, even though we have a garden, and were delighted when one became available.

Growing your own fresh fruit and veg is the obvious benefit, but there’s something compelling in just the idea of having an allotment. I think it fulfils an urge to be lord of your own little bit of this sceptr’d isle, ruler of a tiny enclave where you can retreat from the world for a while, doing something useful, safe in the sanctuary of your pumpkin patch or shed.

However, as we found, getting far from one madding crowd in everyday life meant being faced with another – our fellow plot holders.

When we took over our allotment, it wasn’t exactly Versailles. Instead, it looked like one of the bomb sites I remember from childhood. We sweated blood clearing what was basically a rubbish dump. Early on, my spade struck something solid and I dug down to find a full-size wheelbarrow that was completely buried.

Once we’d cleared it, I used an axe and sickle to hack away at the dark, foreboding, massively overgrown corner of the plot, half expecting to discover a Japanese soldier who didn’t know the war was over.

Then I got down to tackling the weeds. Unlike my wife, I’m not green-fingered and had no idea what I was doing. In her temporary absence, I spent hours on my knees with a trowel carefully digging up each individual weed down to its roots – it’s unbelievable how deep some go – only to find new growth springing up a week later. Later, the hoe came as a revelation.

After about a month, we finally transformed the mess into our field of dreams and started planting things. With unthinking abandon, fruit trees and bushes, flowers and the seeds of cabbages, lettuces, tomatoes, beetroot, onions, and above all, row upon row of potatoes, went into the ground.

As we waited for green shoots to appear, we gradually got to know our fellow plot holders, most of whom were friendly and helpful. But a few cultivated a hotbed of disharmony, and allotment veterans will doubtless recognise some of the characters . . .

The old-timer who’s been there since the repeal of the Corn Laws and whose plot Jethro Tull and Capability Brown couldn’t improve on. Usually happy to share his knowledge;

The lazy sod who doesn’t cultivate his plot until he gets a warning letter from the committee, then plants the bare mimimum to stay within the rules – only to let the crop rot in the ground;

The well-heeled newcomer who, having read of the benefits of allotment ownership in a Sunday supplement, spends a fortune on a shed, greenhouse, rotovator, spades, forks, green wellies, knee pads, new trees and plants. Two months later, when he realises he’s not really the allotment type after all, he gives it up and goes on a drystone walling course;

The nosey parker-busybody who compliments you on your cultivation, but snidely reminds you that under the rules only one third of your plot can be used for flowers and you may be a dahlia or two over the limit;

The wannabe eco-warrior who’s growing herbs and spices (and possibly something stronger) but leaving a substantial portion of his plot as an ‘organic wilded area’ – that is, an unsightly tangle of weeds – allegedly for attracting bees, butterflies, beetles and moths, but really because he can’t be a**ed cultivating it;

The unobtrusive, hard-working chap who quietly comes and goes and grows food which he mostly gives away.

We managed to navigate our way round these hardy perennials and dug and delved steadily through our first season. Finally came harvest time . . . and the deflating realisation that we didn’t need the tons of potatoes, cabbages, tomatoes, etc, that we’d grown. Worse still, we couldn’t give them away because everyone else had a similar surplus they were trying to offload.

Then came another letdown as we cooked and ate some of our fresh-picked veg. Despite all the hype about the superior taste of home-grown produce, we couldn’t discern any real difference between it and the stuff we bought from Sainsbury’s.

Were we downhearted? Did we throw in the trowel? Not a bit of it. We may have been soft suburbanites, but once on the allotment we became hardy, horny-handed English yeoman types who’d keep ploughing on until we got it right. And over the next few years, to some extent we did. It was a valuable experience.

That’s why I’m sad to see the mess Elsie and Wayne in North London are in over the allotment they’ve tended for the past 20 years. Let’s hope things can be resolved by a last-minute deal and all sides agree to give peas (sorry, peace) a chance.