It’s all systems woke at NASA 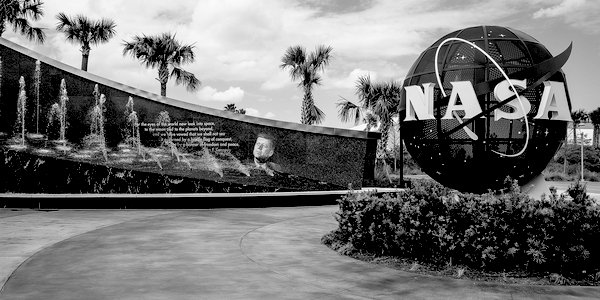 NASA is sending out a far-reaching signal. Unfortunately, it’s not a radio transmission to some intrepid astronauts . . . it’s a virtue signal.

Just when you thought the woke culture couldn’t go any further, the US space agency has started beaming political correctness 60million light years across the cosmos.

That’s where the Siamese Twins Galaxy has been quietly minding its own business for countless aeons. It consists of two spiral galaxies that appear to be interlinked as they orbit one another. So when it was discovered, the spectacular formation was given the original name for conjoined twins.

But NASA is now clamping down on what it deems ‘insensitive’ and ‘harmful’ terms in its catalogue of the cosmos. So the dual galaxies have instead been given the snappy titles of NGC 4567 and NGC 4568, their official International Astronomical Union designations.

Nearer home, there’s the Eskimo Nebula, 5,000 or so light years away. The cloud of dust and gas from a dying star resembles an Eskimo wearing a fur-lined parka hood, hence the name.

However, NASA says: ‘Eskimo is widely viewed as a colonial term with a racist history, imposed on the indigenous people of Arctic regions. Most official documents have moved away from its use.’

So ‘Eskimo’ has been frozen out and the nebula is now just plain old NGC 2392.

The space agency doesn’t specify why it is banning ‘Siamese Twins’. The term became a synonym for conjoined twins in the 19th century because of the fame of brothers Chang and Eng Bunker who were born attached at the liver in Siam, now Thailand. One suggestion is that it may now be seen as offensive to Thailand.

NASA says: ‘As we work to identify and address systemic discrimination and inequality in all aspects of the scientific community, we are re-examining the use of unofficial terminology for cosmic objects which can be not only insensitive, but actively harmful.’

So where do we boldly go from here? Well, lots of celestial bodies will doubtless be in line for a number instead of a name.

We can no longer have the moon (offensive – encouraging lewd ‘flashing’ behaviour), the Milky Way (obesity risk – chocolate bar), Mars (obesity risk – chocolate bar), the sun (reactionary – Right-wing newspaper), the Andromeda Galaxy (sexist – named after a woman chained to a rock), the Rings of Saturn (oppressive – rings are symbols of marital bondage) or black holes (racist). As for Uranus, we’ll get back to you on that.

Joking aside, it’s all so depressing to hear this sort of stuff from NASA, the engineering and scientific powerhouse which put a man on the moon. Or should that now be ‘which put a cisgender personage on the Earth’s satellite’?

I suppose we always knew the politically-correct brigade were on a different planet. Now, Heaven help us, they’re in a different galaxy.

Beam us up, Scotty.