NewsPaperthe art of publishing
HomeNewsIt’s hard to swallow, but the West must accept that Putin will...
738

It’s hard to swallow, but the West must accept that Putin will win 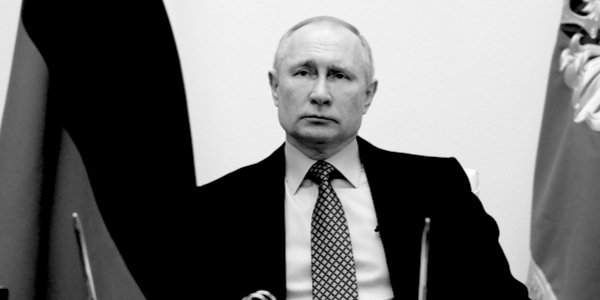 THE execution of Vladimir Putin’s attack on Ukraine may have gone awry, but nothing suggests his resolve to win the war on Russia’s terms has weakened, or will do so.

Western military aid and diplomatic support for Ukraine having failed to stop the Russians, the moment must inevitably be approaching for the West to turn to Plan B. This means obtaining a ceasefire and settlement talks and, to that end, making it clear to Ukrainian president Volodymyr Zelensky that refusing to co-operate is not an option.

Putin’s aims are unchanged and are apparently within reach; retention of most or all of the Russian-speaking territories he has captured in eastern Ukraine and, more broadly, a negotiation by the West over the scale of Nato’s expansion to Russia’s borders and a redefinition of the post-Soviet security arrangements in eastern Europe.

Both of these will be bitter outcomes to Western governments and their publics, outraged by Russian aggression and enthralled by Ukraine’s resistance. President Zelensky has waged a parallel public relations campaign for support in every international forum he can reach, including passionate live video appeals to Western parliaments and the United Nations.

The reality on the ground is not as it seems, however. The Western media’s war reporting gives the impression that Ukraine, armed and encouraged by Nato, is holding its own against a badly-led army of Russian troops who are confused and troubled by their mission.

This has not been the case. However poorly the Russians have performed, the Ukrainians have been fighting a desperate defence and losing ground since the outset, with the exception of Kiev – where the Russians were repulsed. Zelensky has now said the Ukrainian army is suffering up to 100 dead daily, which is probably an under-estimate.

The war is more than three months old. The early optimism that Putin was headed for a humiliating comeuppance is gradually being replaced by a more pessimistic realism about the extent to which the West should continue to respond as Ukraine’s ability to halt the Russian advance diminishes.

Serbian-American academic and former UN official Damjan Krnjevic Miskovic wrote on The National Interest foreign policy website that ‘the truth is, however uncomfortable it may be to accept, that Ukraine was and remains an “object” of great power relations and not a “subject” of international order’.

In other words, there is much more at stake for the world – and especially nuclear superpower relationships – than Ukraine’s fate. This has become implicitly accepted by Western leaders, including Joe Biden, despite their condemnations of Putin, tough sanctions against Russia and the supply of arms to Kiev.

Biden wrote an op-ed for the New York Times expressly to make clear what Nato would not do; pre-emptively attack Russia, seek Putin’s removal, or provide Ukraine with offensive weapons to attack Russia itself – which would make the West hostage to Zelensky.

‘We do not want to prolong the war just to inflict pain on Russia,’ Biden wrote in response to claims that his administration was cynically using Ukraine as a proxy in its efforts to neutralise the Kremlin’s authority as a superpower.

When Henry Kissinger said the war needed to stop with Putin left in control of eastern Ukraine, he was acknowledging that on this occasion, geopolitical necessity dictates that the aggressor must win.

If Zelensky refuses to call a halt, Nato will make him do so,because he cannot continue to resist without its help and because the rebound against the world economy of the sanctions on Russian has become intolerable.

This war, for all the giddy media chatter about David against Goliath, has highlighted the hard truth of geopolitics that small nations never have the same freedom of action as larger neighbours.

This is as true in the Western hemisphere, where the US Monroe Doctrine prevails, as it is in eastern Europe. If Canada or Mexico were to join an alliance actively hostile to the US, they would rapidly discover the limits of their independence.

It is now evident that the bolts Nato shot at Putin at the start of the war missed their target. The gamble that they would cripple the Russian economy or halt the war effort failed. Whatever domestic price the Russian leader pays, it has not been possible to stop him. He is slowly beating both Ukraine – or is at least reaching his primary objectives – and the West.

Zelensky’s fear must be that the longer the war continues, the more the West, and particularly the EU, will hurt economically and the less it will be motivated to continue helping Ukraine on the battlefield.

In a sense, Ukraine is like Britain in 1940-1941, fighting doggedly on its own against a more powerful foe in the hope that the yet more powerful Americans would eventually join it and ensure eventual victory. But the Americans will not do this in Ukraine beyond the insufficient limits that Biden has set.

The war has shown Zelesnky that he has fairweather friends everywhere in the West willing to pay lip service in the short term to a rules-based international order guaranteeing national borders, but not to actually sacrifice their own interests in the long term. Realpolitik oblige.

John Kerry called Putin a 19th century man in the 21st century, but Putin is more of a realist than the rich American moralist. He knows that the Europeans’ need for Russian oil and energy exports, and a modus vivendi with Moscow, weigh more in the balance than the rights of Ukraine. He knows also that the United States will not go too far in alienating Russia within the triangle of superpowers of which China is the third leg.

As David Goldman, a consistently clear-eyed commentator on the war, wrote at PJMedia: ‘All the “don’t appease Putin-Hitler” rhetoric will simply make us feel shabbier when we make the deal. We should feel shabby. We screwed this up on the grand scale.’