NewsPaperthe art of publishing
HomeNewsIt’s hot. Get over it
264

It’s hot. Get over it 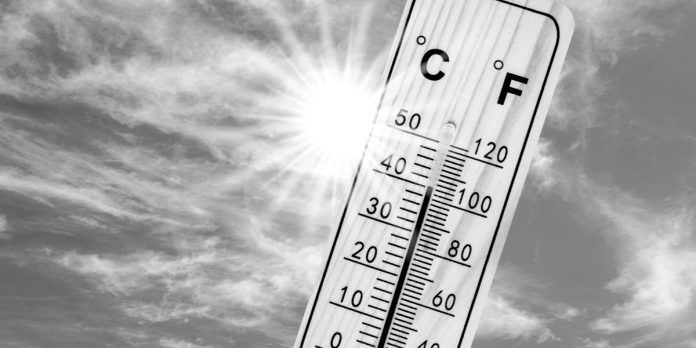 BRILLIANT – there has been a COBRA meeting to discuss the latest national emergency, a sunny day (probably at the weekend). Given the political, economic and geo-political challenges we face, some might find it reassuring to know that our government is so up to speed on all these that it can spare time for worrying about that rare event, a hot English summer’s day.

I’m not one of them. I’m fed up to the back teeth with the drama queens in the Met Office and health agencies creating problems and then seeking radical solutions to them, inflicting economic and other costs far in excess of the scope of the original problem, most famously of course with the virus-less-lethal-than-flu which had us all imprisoned and all but broke the health service. (There was a pandemic plan, but they threw it in the bin.)

Sure, higher temperatures have an impact on tarmac, railway lines and power transmission. That’s called physics and the effects are entirely predictable and therefore mitigable. Some people may get a bit ill in the heat, a few may die, but many, many fewer than die of cold, a number that will rise this winter when the government’s benighted energy policies lead to power cuts. Hot weather doesn’t need a national response; it just needs the (exorbitantly expensive) NHS and other government departments and agencies to do their jobs. Of course, the NHS continues to pretend that Covid is a threat, still imposes pointless mask-wearing and distancing and has serious, self-inflicted staffing problems. The solution to that is to get a grip (something that no health minister in living memory has achieved).

The whole palaver is an exemplar of the problems of this country – over-centralised decision-making and a culture of infantilisation. It doesn’t (or shouldn’t) need an edict from Whitehall for a headmaster to decide that classrooms are too hot or that a sports day might come with risks of sunburn and heat exhaustion. The hubris of the government machine is almost boundless.

I’m amused that the green lobby is keeping quiet. For all the sunlight on the solar panels that are replacing crops across the south of the country, a heat wave coinciding with low wind speed (as they do) means that, once again, we’re reliant upon fossil fuels to generate electricity. Note also that the capacity of the electricity grid will fall a little – pesky physics again – and remind yourself that net zero will mean we need around four times as much transmission capacity.

If I were the government I would be hoping that it was hot enough to persuade people not to take to the streets and riot. Perhaps the one thing that unifies the country outside the Westminster bubble is utter fury at the consequences of successive governments. Inflation, rising interest rates, looming power cuts, and a selection of potential prime ministers that induces despair. The latter being best encapsulated by Liz Truss’s latest slogan, ‘Vote for me or get Rishi’.

It’s going to be a long, hot and fractious summer, but this weekend I’ll be working on my tan!